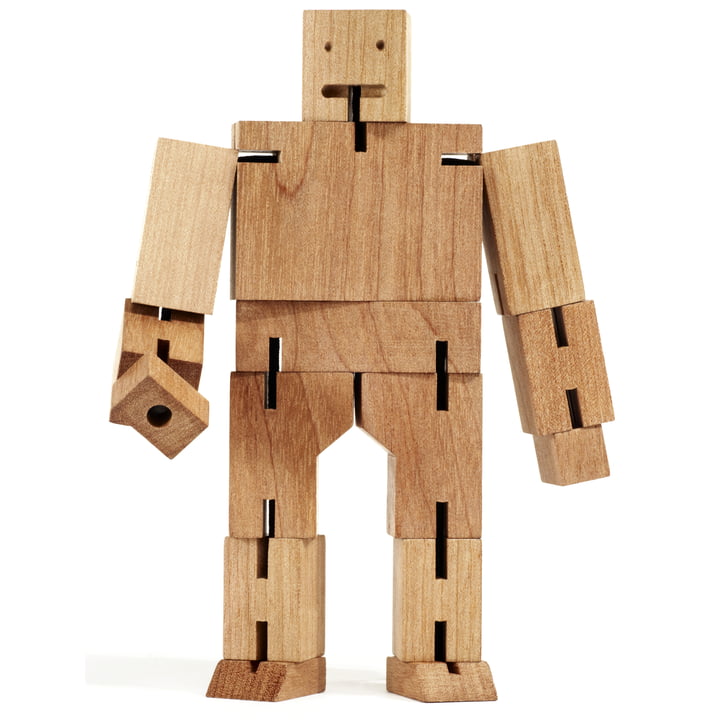 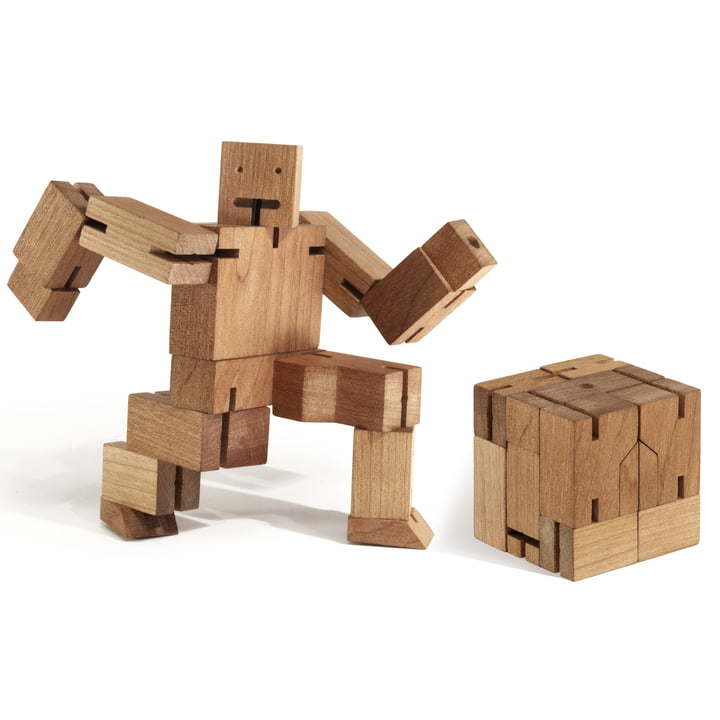 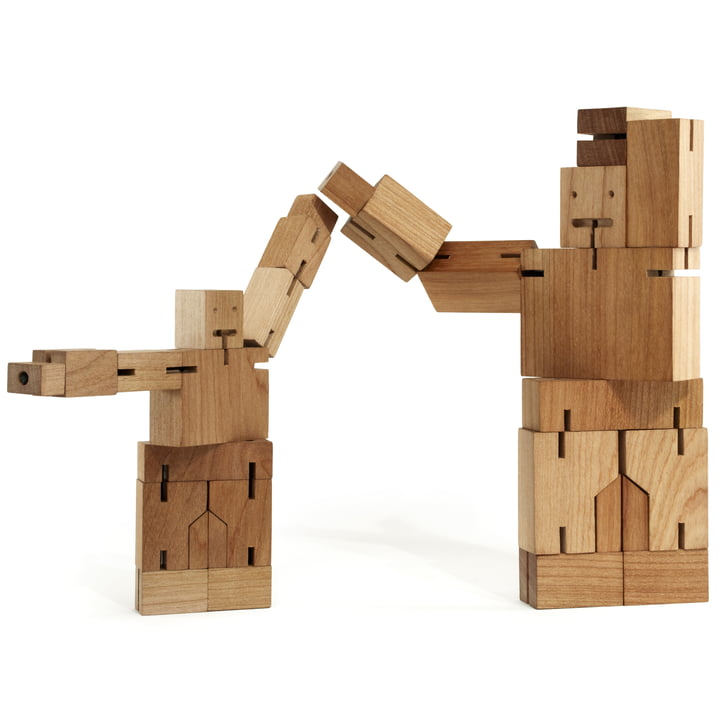 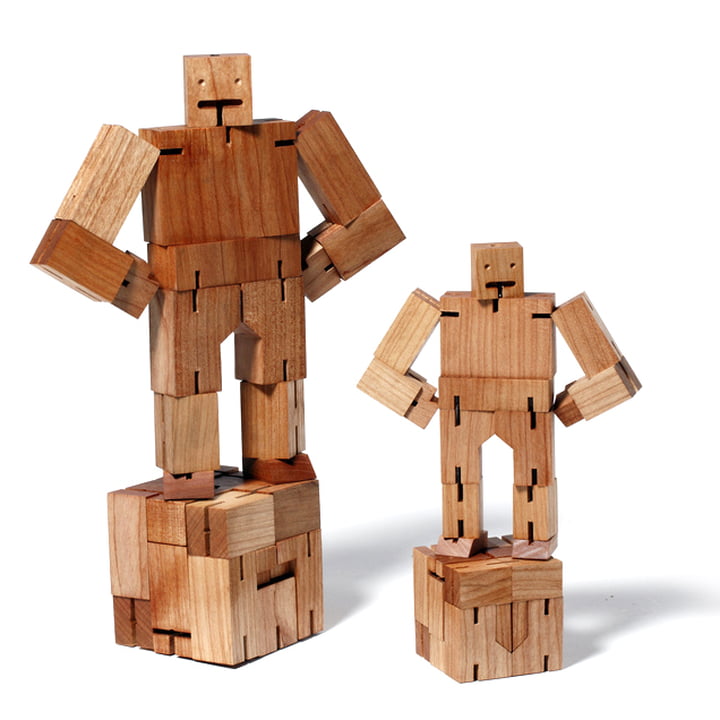 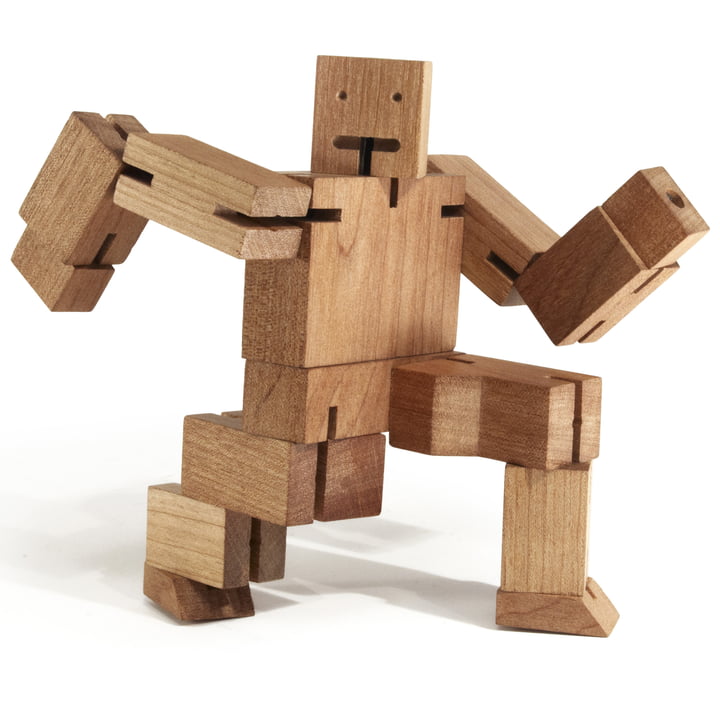 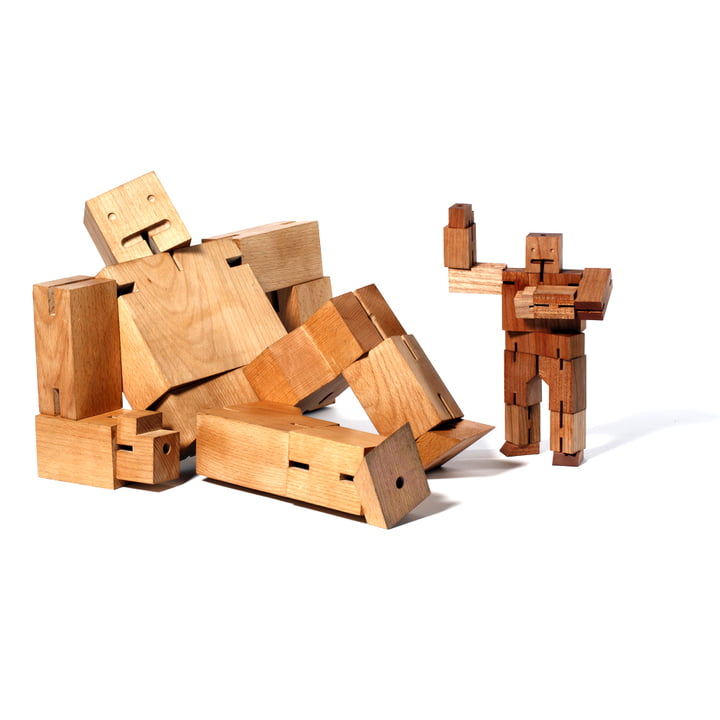 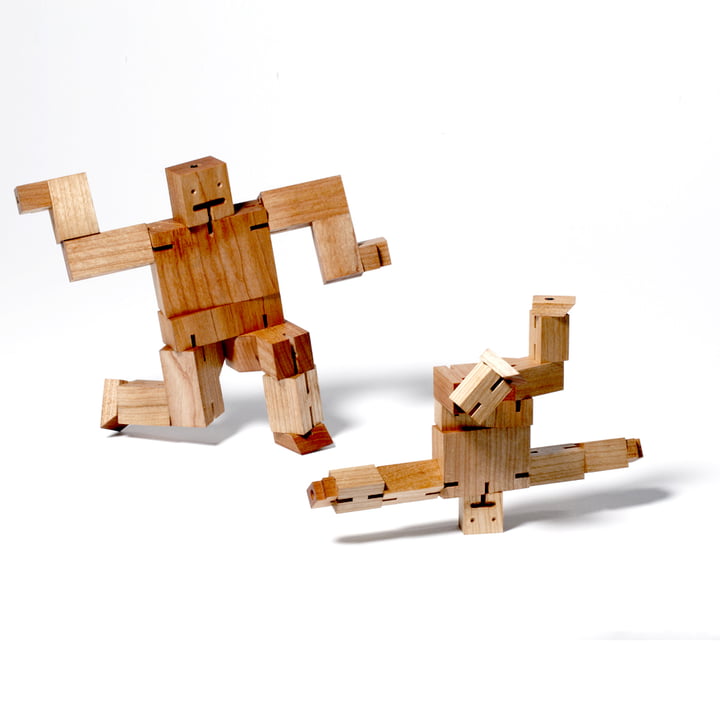 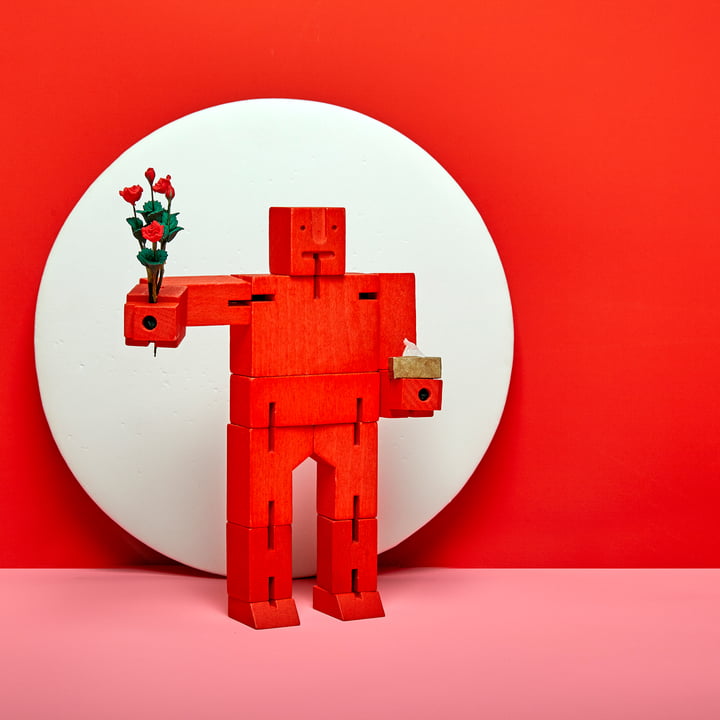 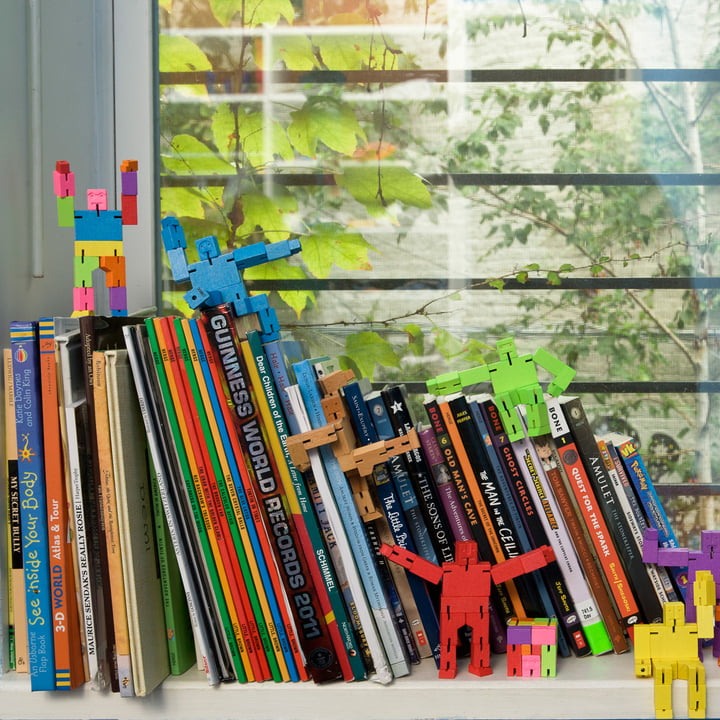 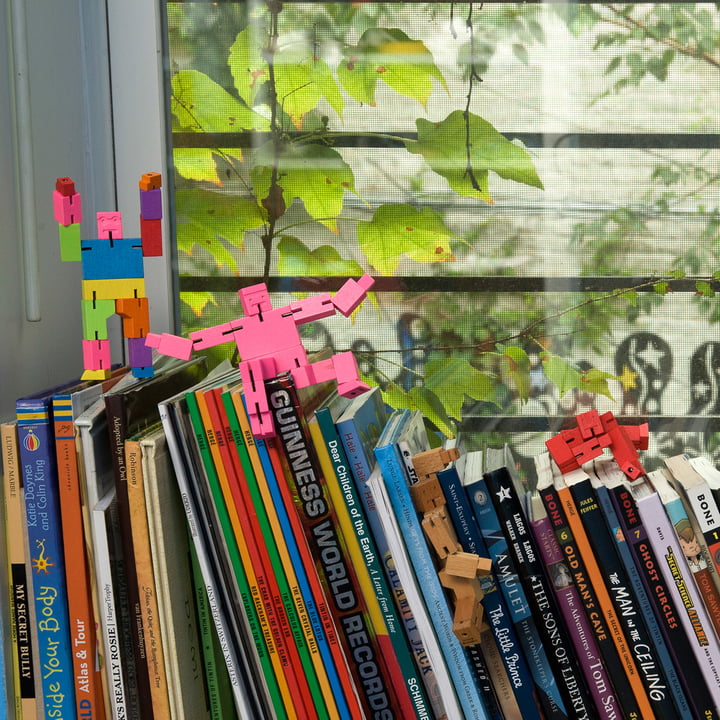 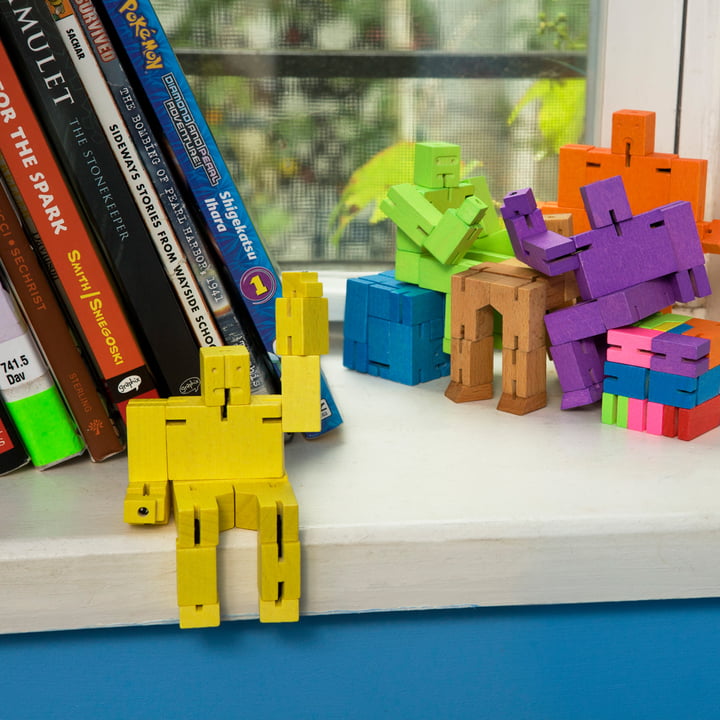 Robot toys are traditionally made of plastic and require a battery. Not so the Cubebot from Areaware . Inspired by the Japanese Shinto Kumi-ki puzzles, the designer David Weeks created his Cubebot made of beech wood.

Cubebot is a combination of Japanese tradition and contemporary toy culture. Like one of the well-known heroes from film and television, it transforms itself Cubebot into a futuristic robot with just a few flicks of the wrist. When it is time to rest, the Cubebot a perfect cube.

Pose heroically, run, dance, kneel or simply stand - The Cubebot can assume numerous poses. The joints and muscles are held together flexibly by rubber bands. And as befits a real robot, it is also almost indestructible. Cubebot almost indestructible: The wooden model is hard and stable and therefore equipped against almost every blow and fall.

Cubebot is suitable for children from 3 years.