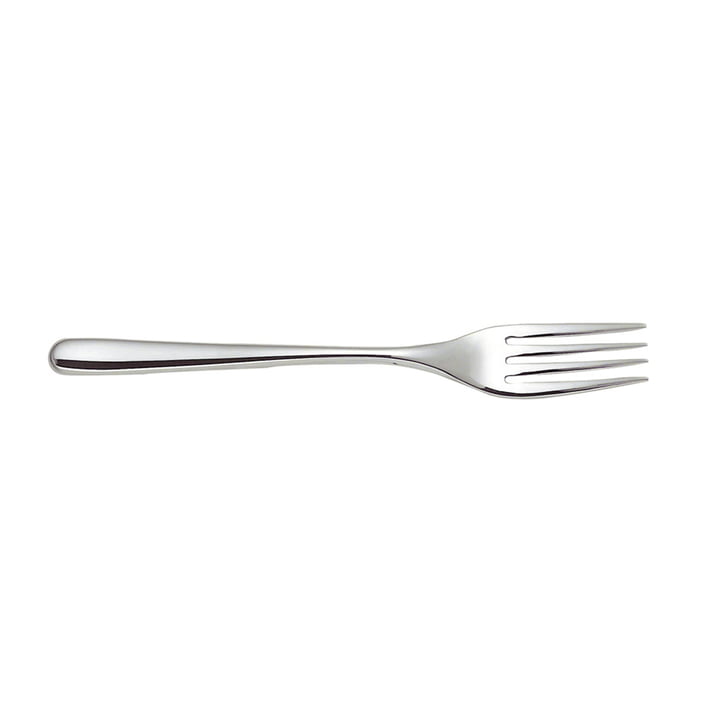 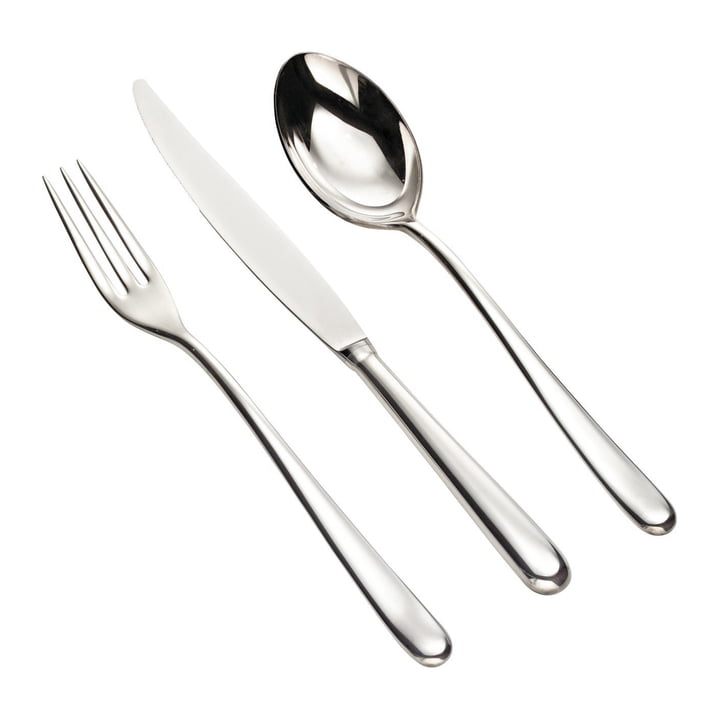 The tableware collection was named after its designer Luigi Caccia Dominioni.
He was born in Milan in 1913 and received his diploma from the architecture faculty of the Politecnico in Milan at the in 1936. He started his professional career in Venice in the same year, working together with Livio and Pier Giacomo Castiglioni, and won the competition of the school of Vimercate.

His work in industrial design made him a “pioneer” on the 7th triennial in Milan because of his series of radio devices, designed together with the Castiglioni

brothers.
The tableware series “Caccia” is exhibited in the Museum of Modern Art in New York and was designed by Luigi Caccia Dominioni and Livio and Pier Giacomo Castiglioni in 1938. This simple, charming cutlery has been produced by Alessi since 1990 and has been a bestseller ever since. It particularly stands out through its slim and extremely elegant, elongated shape.