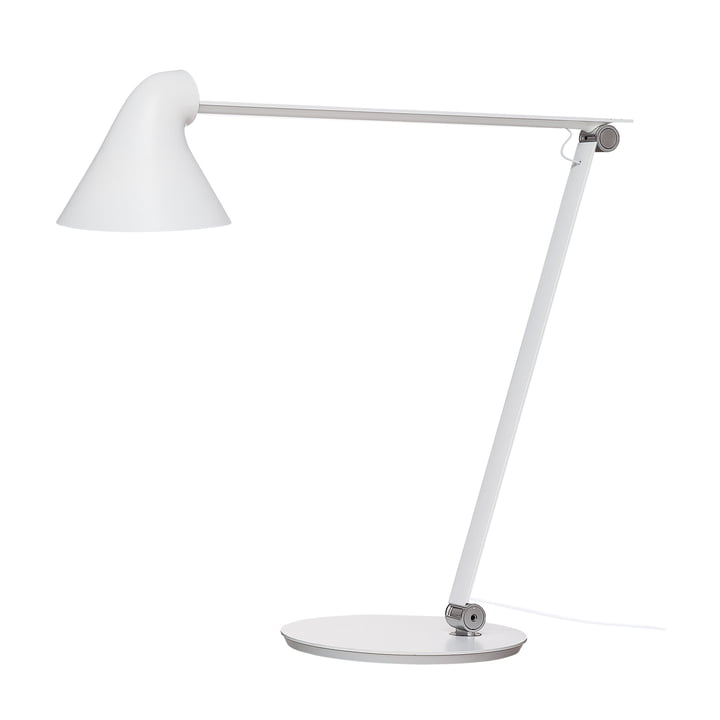 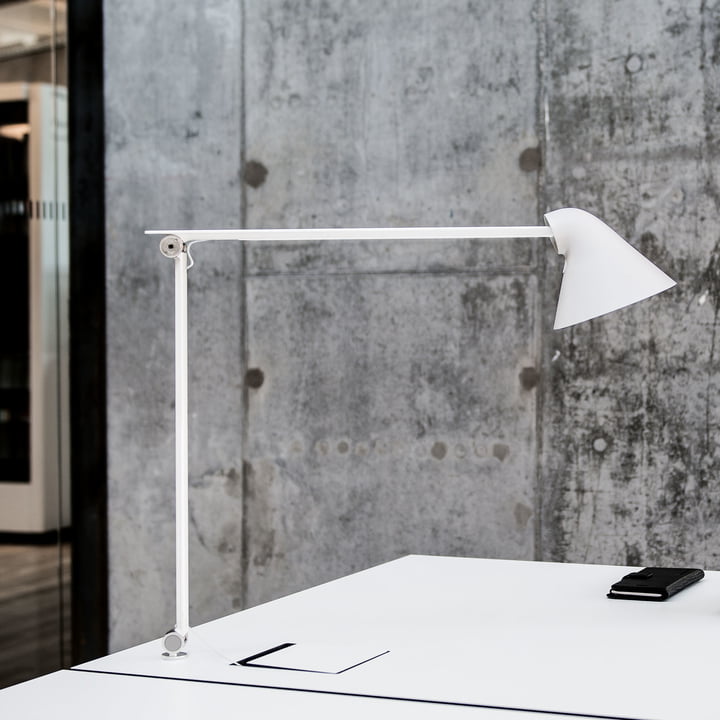 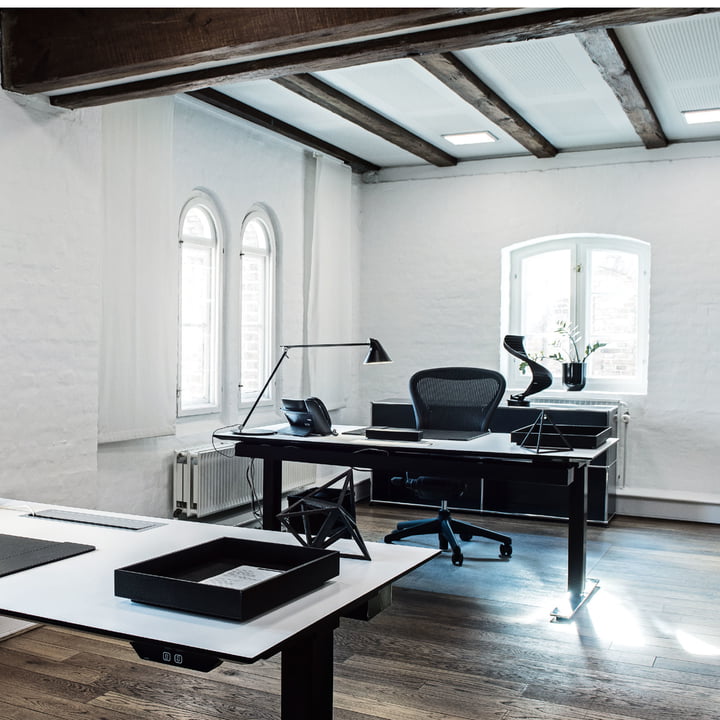 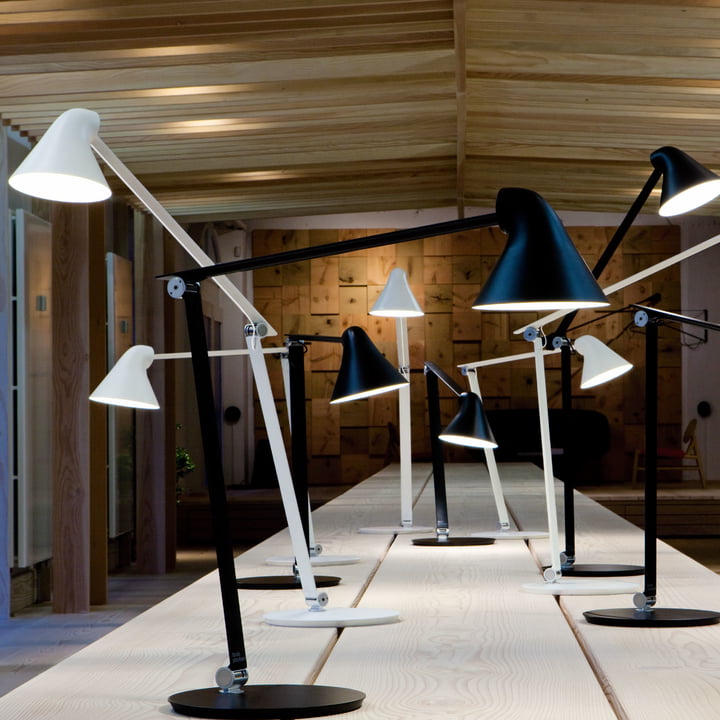 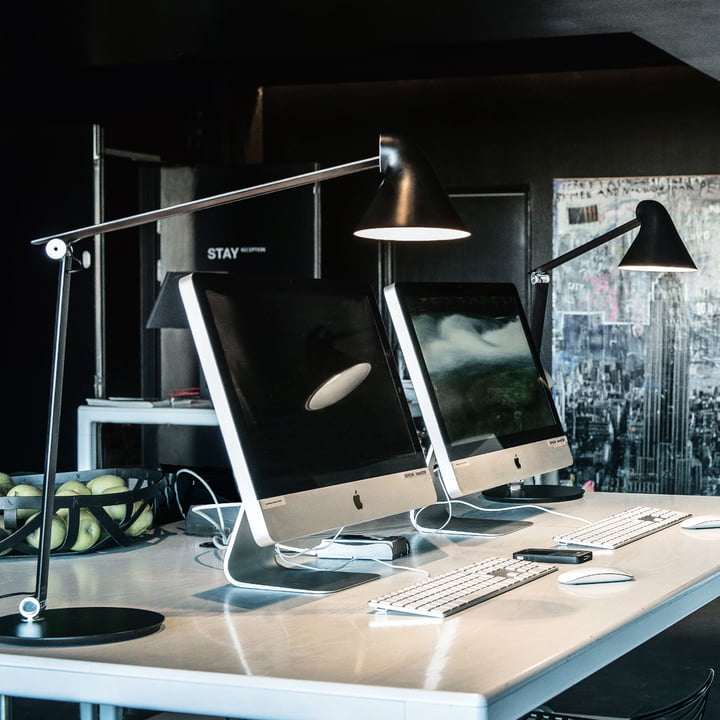 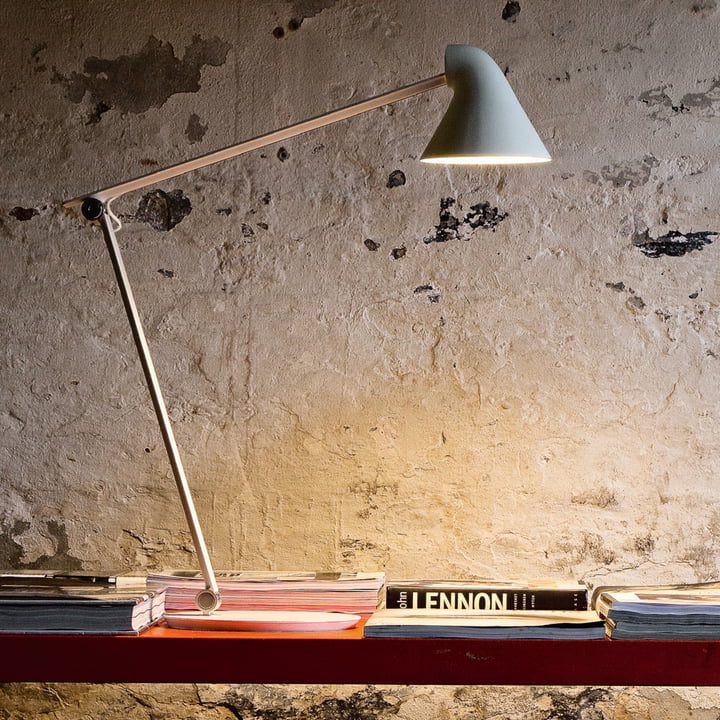 NJP is a flexible desk luminaire - a new interpretation of the classic architect luminaire. Designed by the Nendo design studio, the NJP luminaire by Louis Poulsen is a multi-faceted light source that adapts to different requirements.

The reduced design of the NJP lamp is paired with a unique functionality. A wide range of adjustment possibilities make the Nendo light the perfect lighting in the office or living area.

Intuitive operation allows the NJP luminaire to be switched on and off with a simple touch of the lampshade. The light intensity of the NJP can be adjusted in two different levels to suit desk or PC work.

A flexible joint allows the position of the NJP lamp to be easily adjusted. The connections are not only a functional, but also an optical element of the Nendo luminaire, which complements the reduced design of the architectural luminaire.

With a direct, glare-free and horizontal light, the NJP luminaire offers the best conditions for fatigue-free working. The ergonomic luminaire head allows the LED light source to be optimally aligned, which can be individually varied. With a white lacquer inside, the light is reflected by the lampshade and radiates pleasantly.

In addition, a timer circuit allows the NJP lamp to switch itself off automatically after four or eight hours if required.

The NJP luminaire from Nendo is a timeless desk luminaire that inspires with clear lines and flexible functions. In addition to a classic lamp base, the work lamp can also be attached by means of a pin fastening or table clamp, ideal for work, object and living areas.