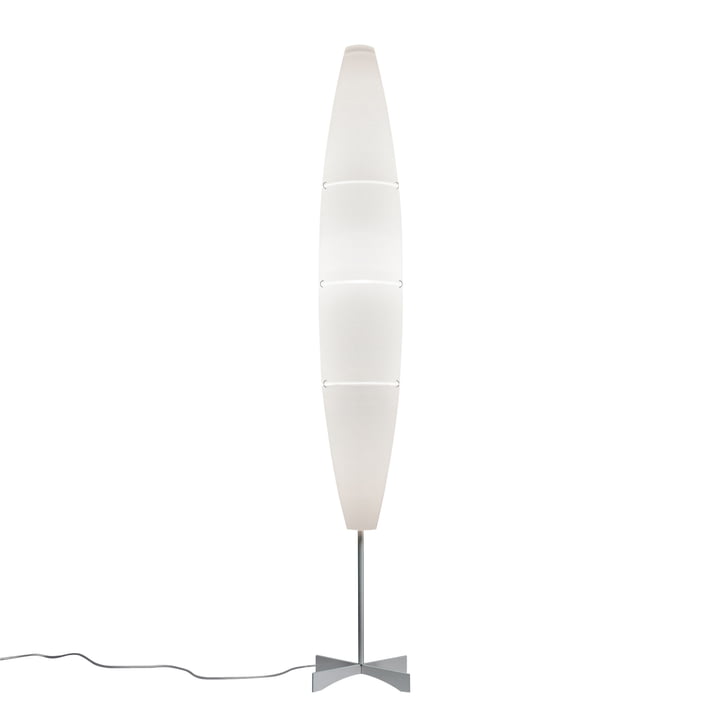 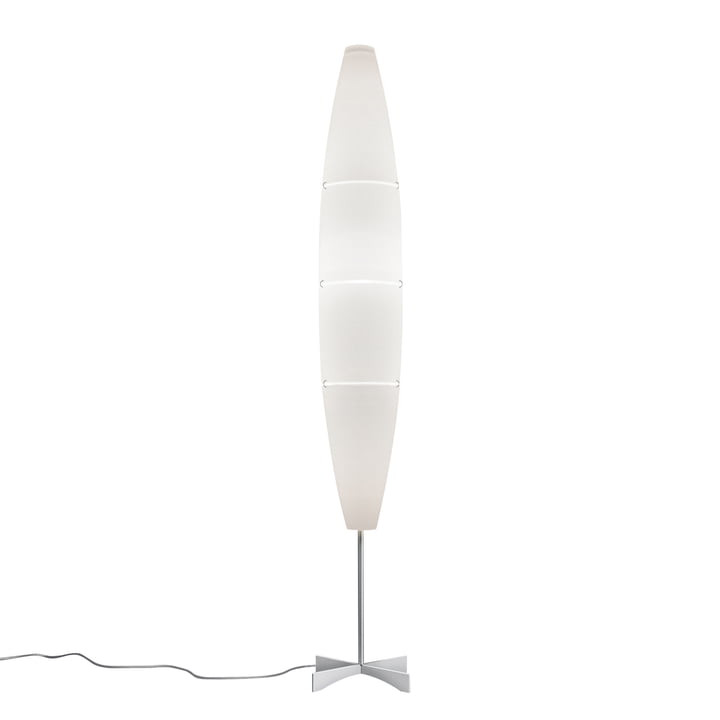 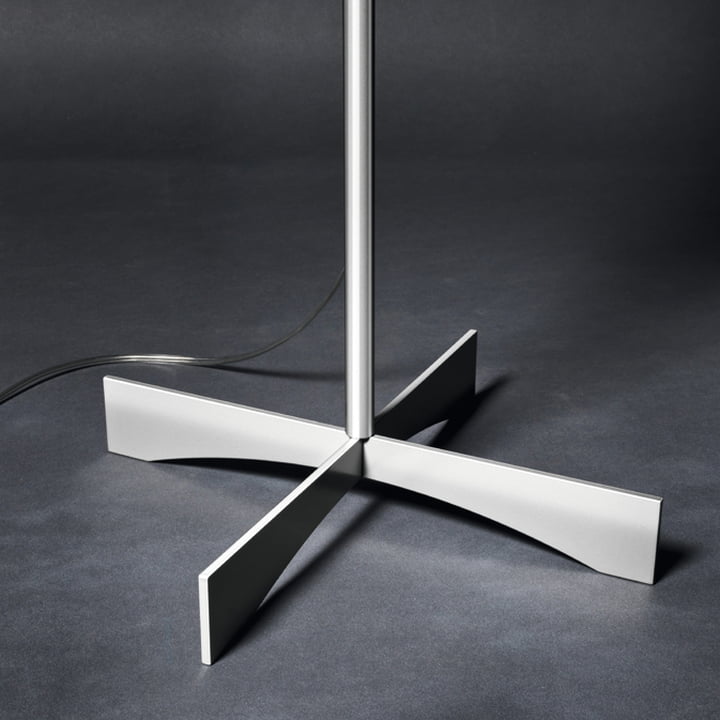 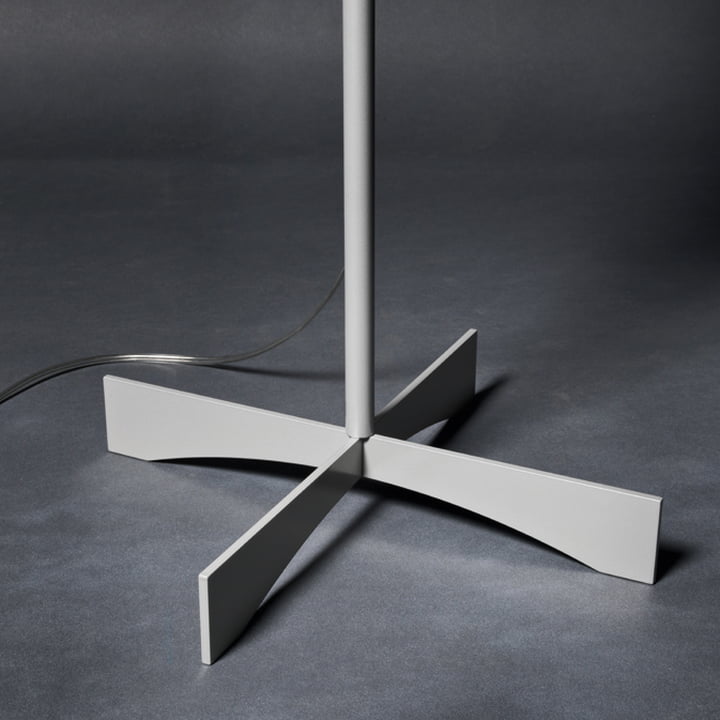 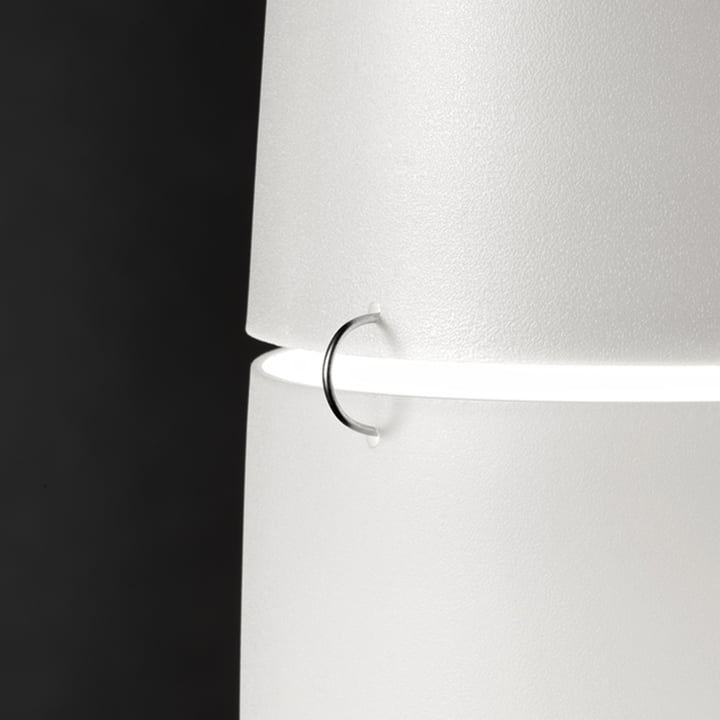 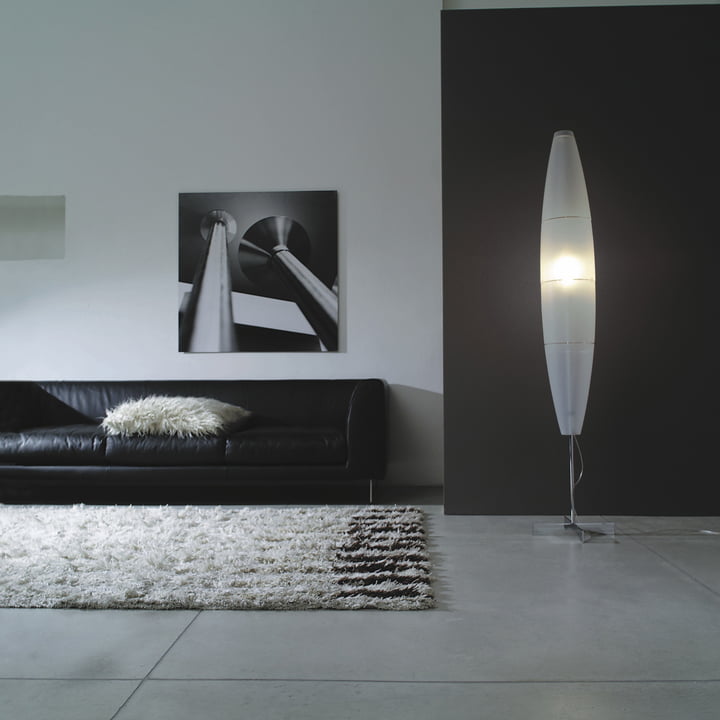 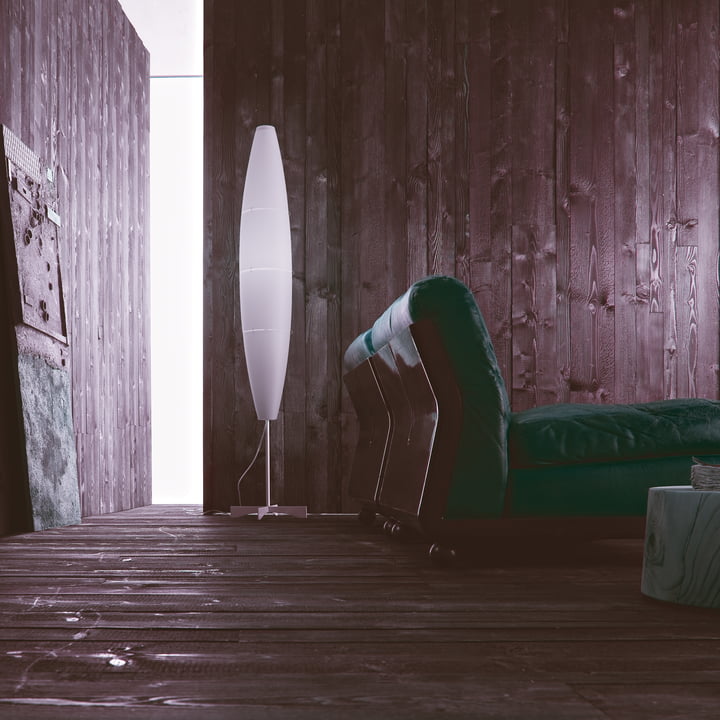 Havana is a floor lamp by Foscarini, which is true to its name by strongly resembling a cigar. Its production in 1993 was a small revolution for Foscarini.

Before the designer Jozeph Forakis had the idea for Havana in 1993, the Italian company had always made its lamps from glass. Havana, a big cigar swinging in the air, was also initially meant to be made of glass. However, after the ones responsible at Foscarini had seen the design by Forakis, they agreed with the designers to use plastic (polyethylene) being a suitable material.

Polyethylene turned out to be the right choice for this lamp, which was meant to be fresh and light, open and versatile. Also, Jozeph Forakis had the idea to produce the lamp with separate segments so that its design could be expressed more clearly.

The light of the Havana floor lamp is pure, simple but not banal. It is meant to light one specific area of the living room optimally.

Design, material and the idea soon was also very well received at the New York Museum of Modern Art and the Havana became part of the permanent exhibition of this important museum.

The Havana floor lamp is also available in the colours yellow and ice, as well as with a chrome-plated frame and with a dimmer. In addition, Havana can be ordered as outdoor, wall or pendant lamp.