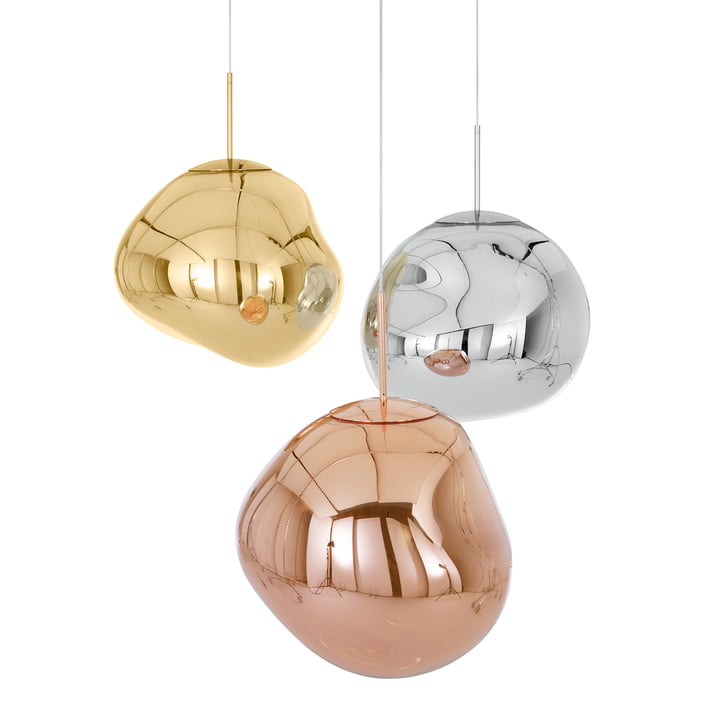 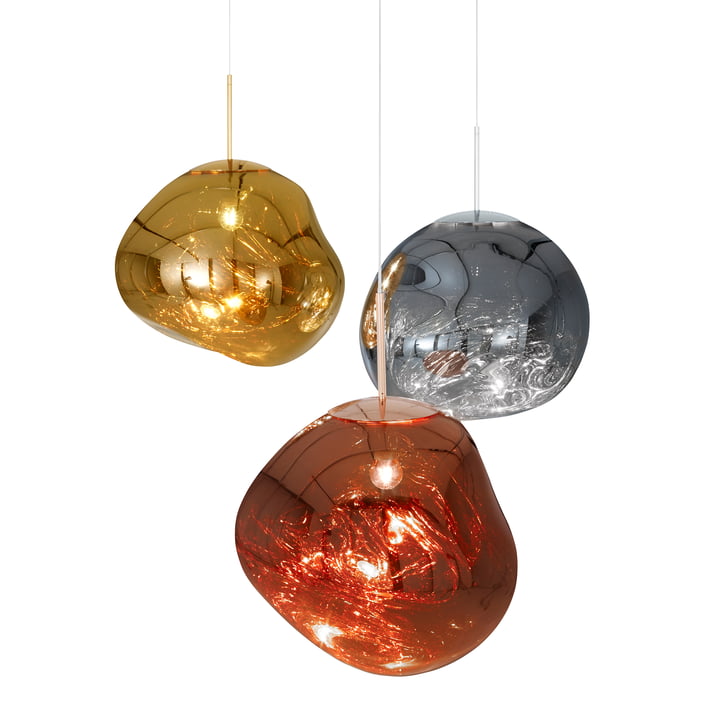 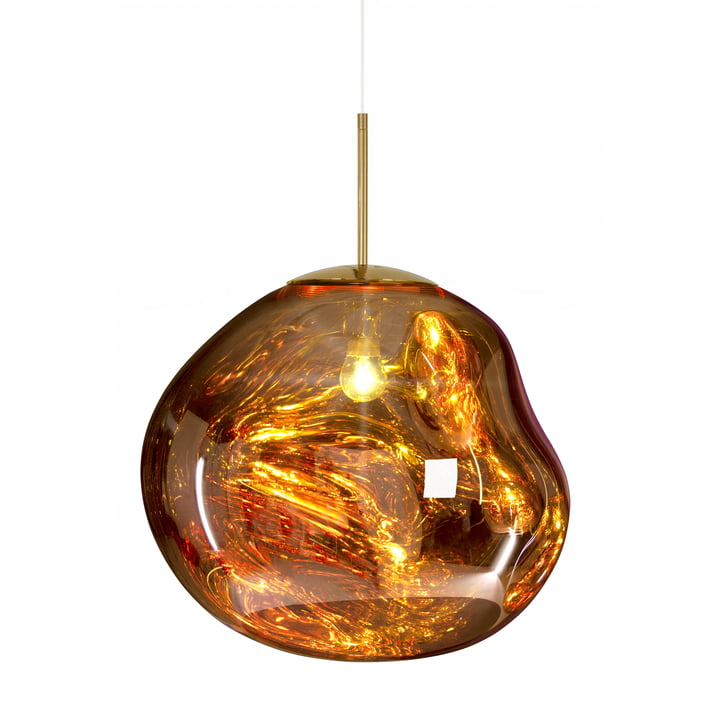 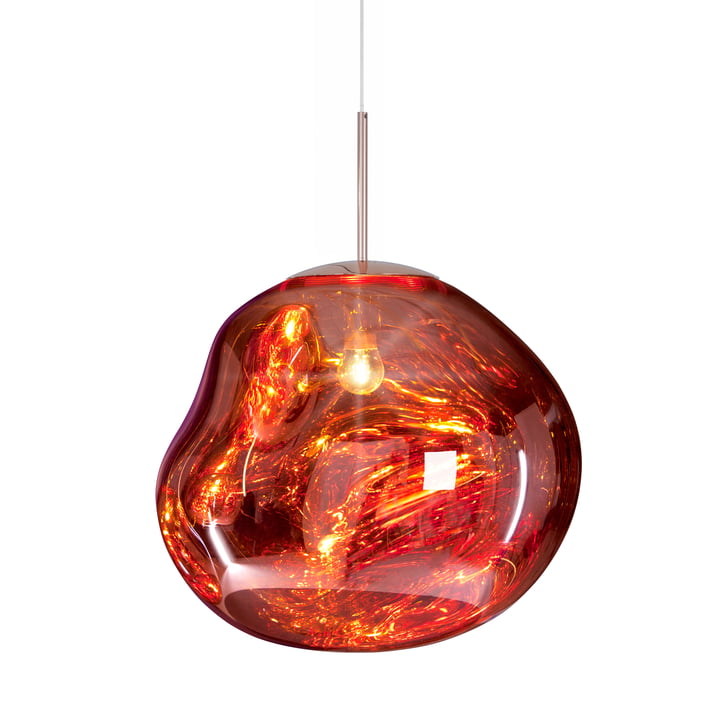 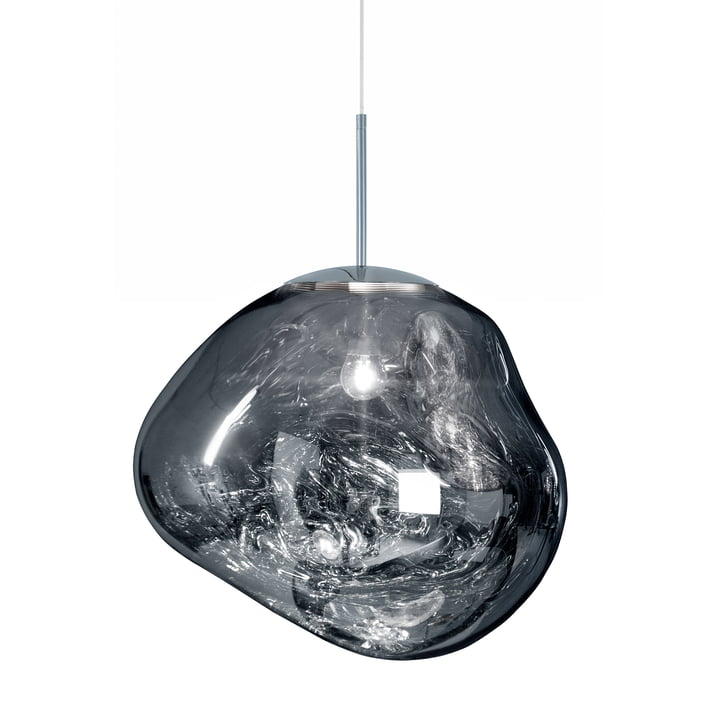 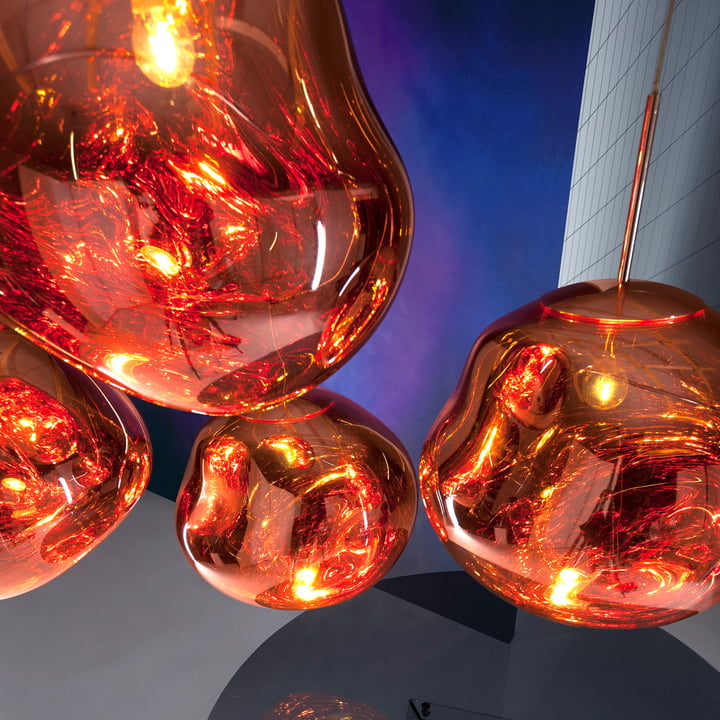 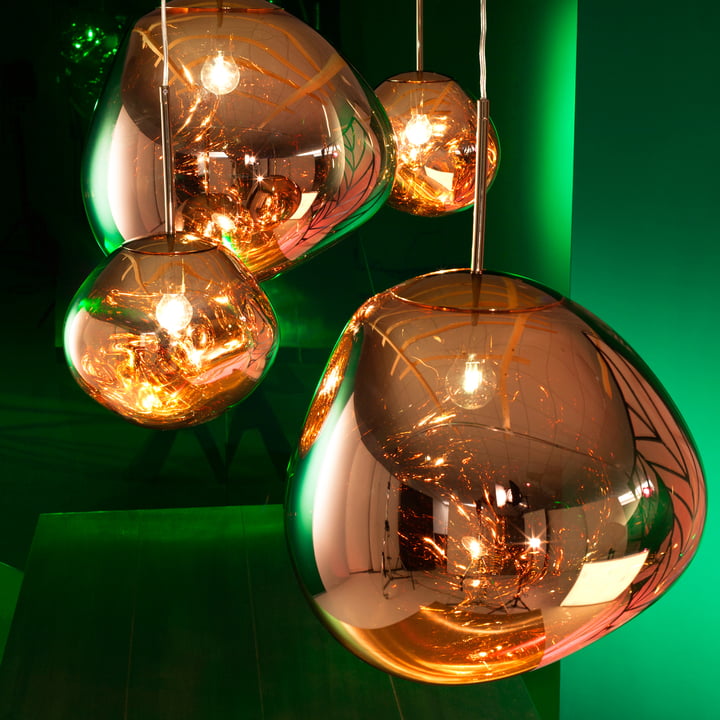 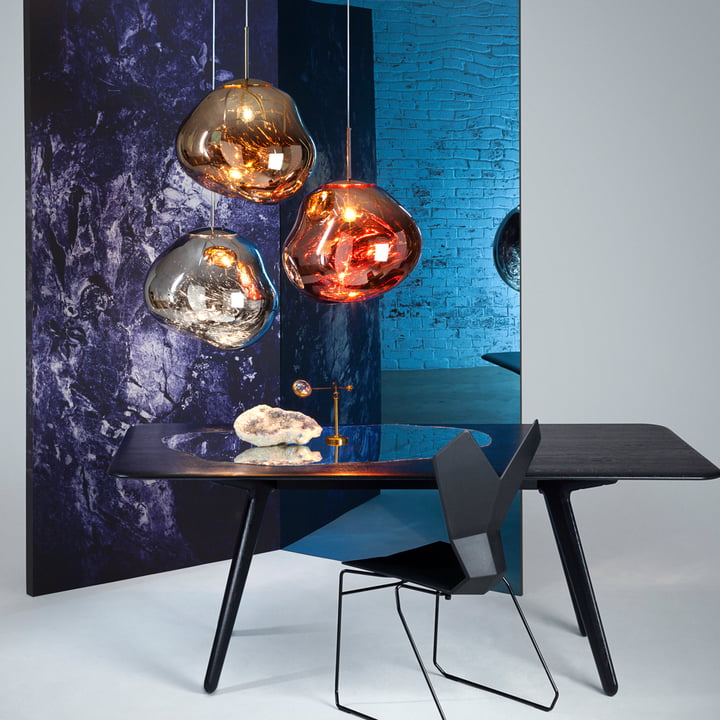 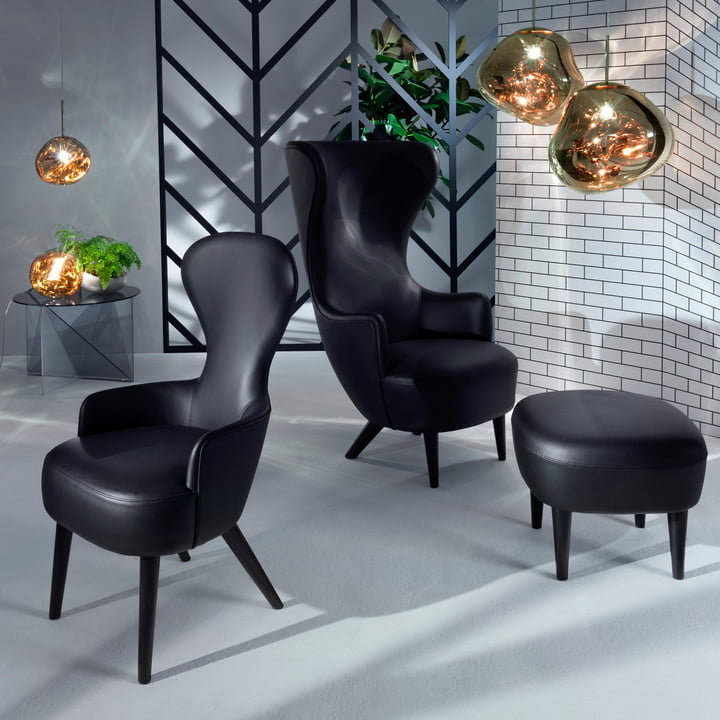 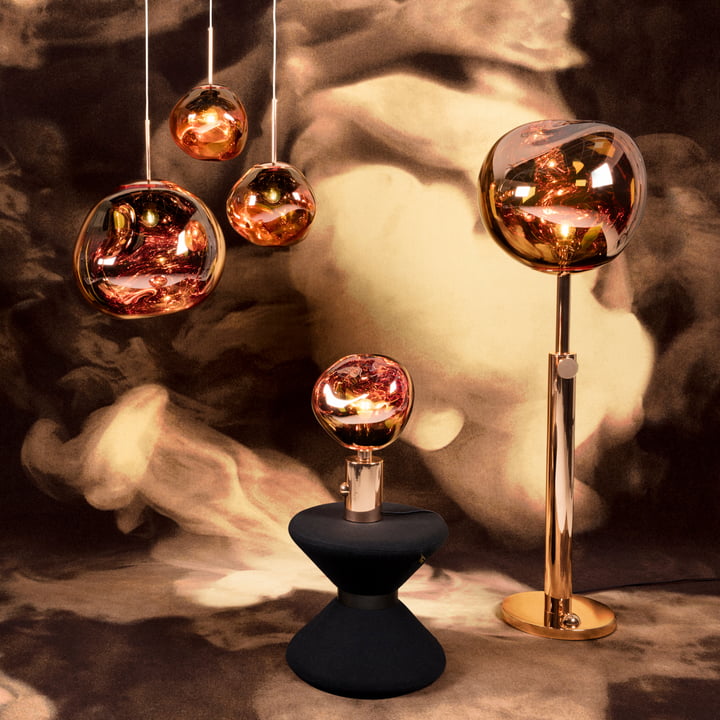 The Melt pendant lamp by Tom Dixon is a pendant lamp in the shape of a distorted globe produced in a vacuum process. The shape of the lamp is reminiscent of a soap bubble or an air bubble in the water that could burst at any moment.

Together with the design collective Front, Tom Dixon has developed a luminaire that lets the light shine through when it is in use and has a mirror surface when it is switched off. Its inner luminosity is also visible in full daylight. The lampshade of the Melt luminaire is made of polycarbonate with a copper, chrome or gold coating.