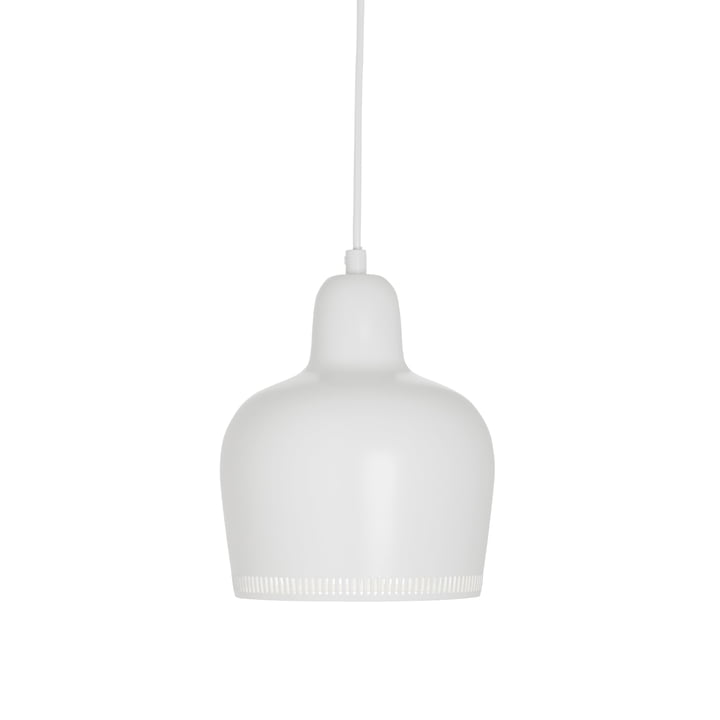 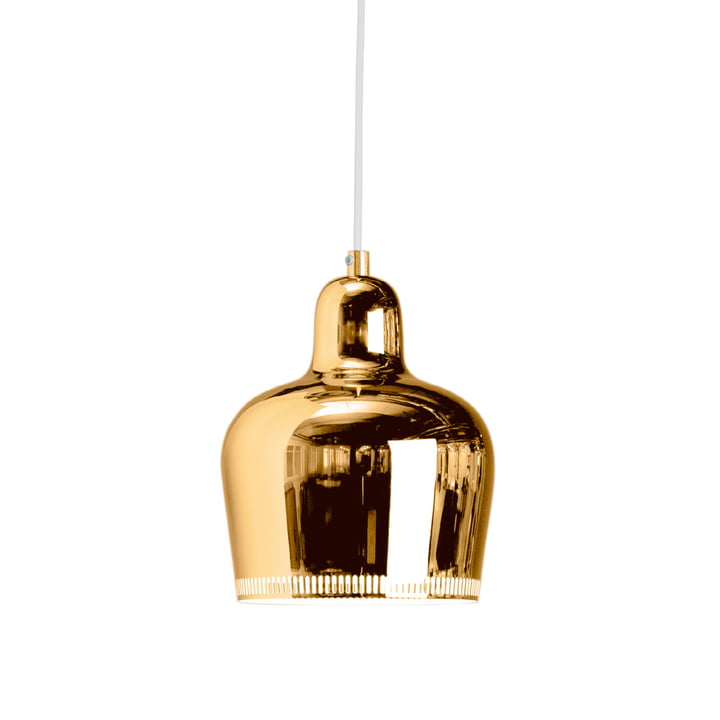 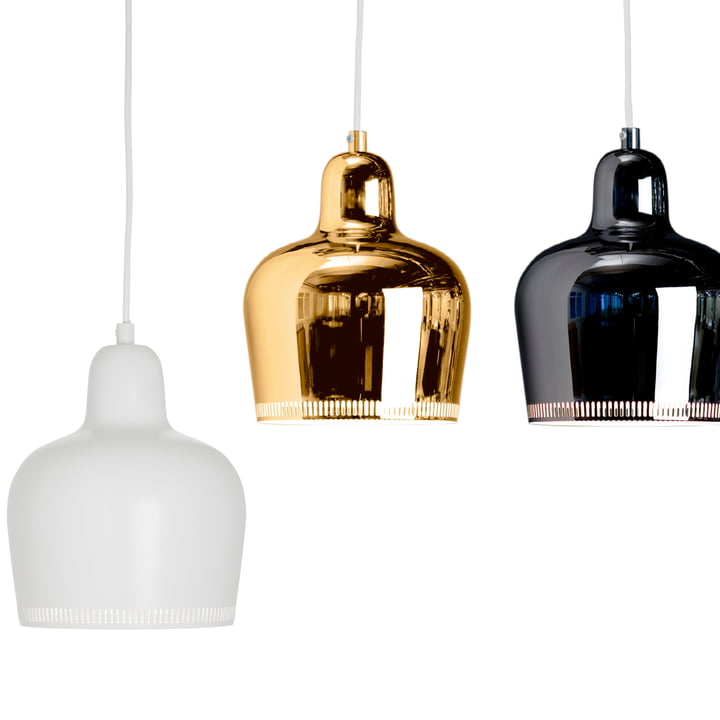 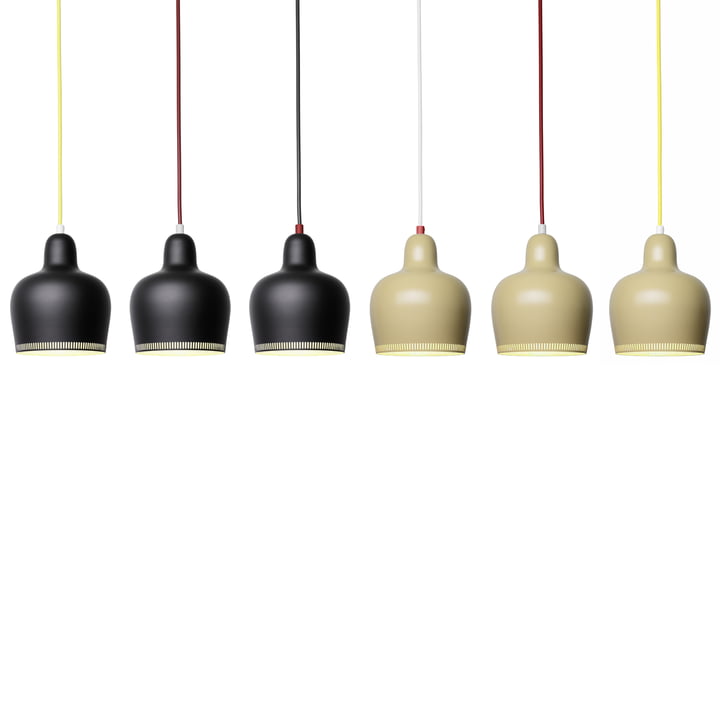 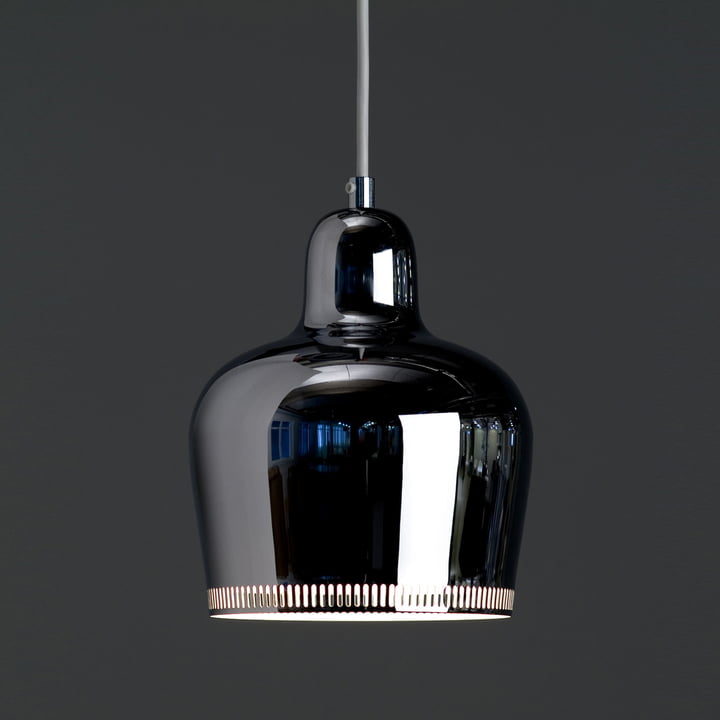 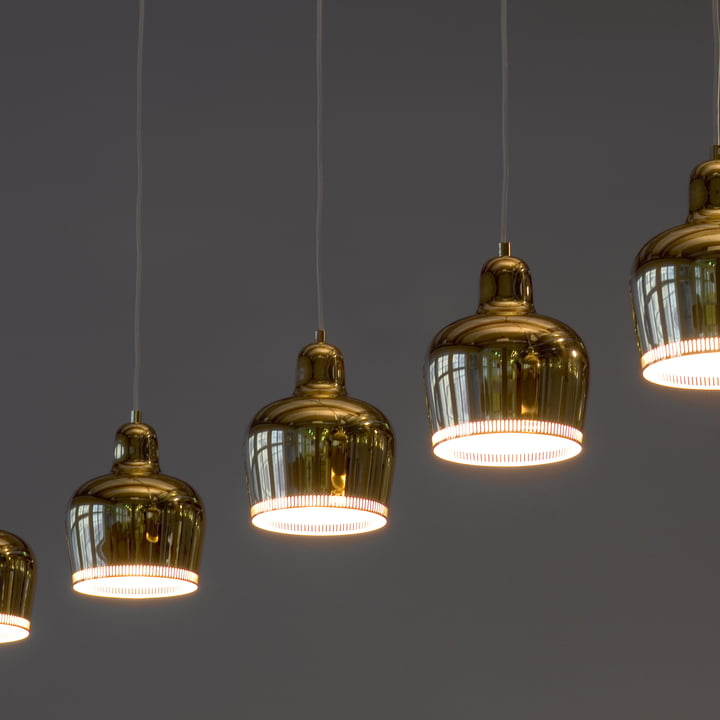 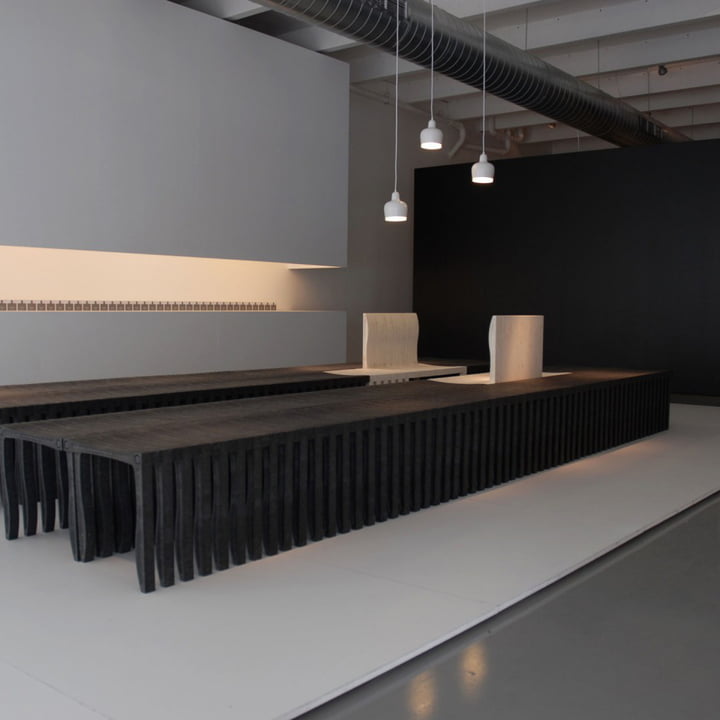 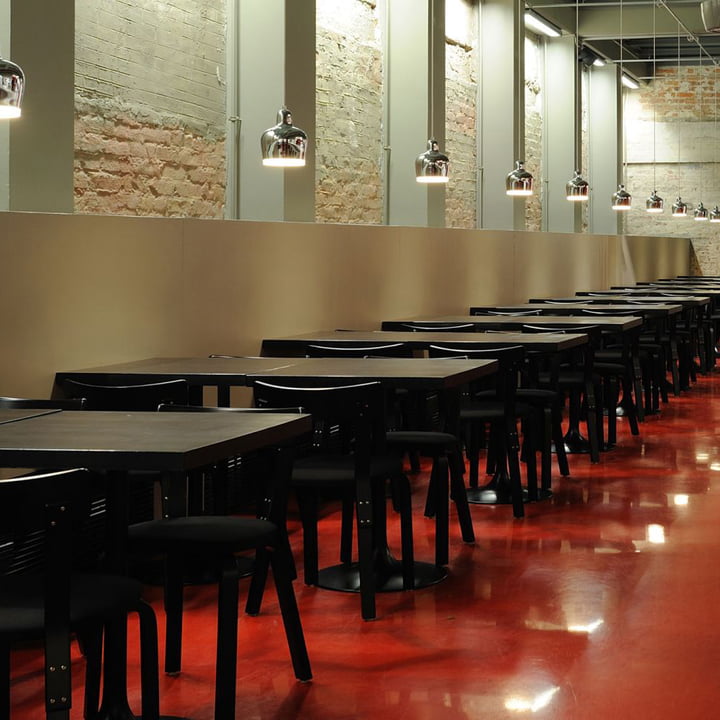 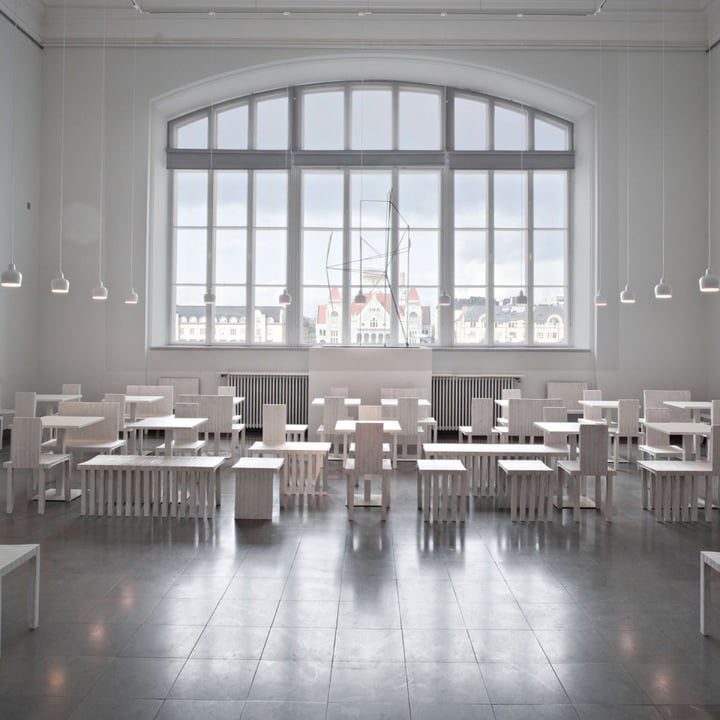 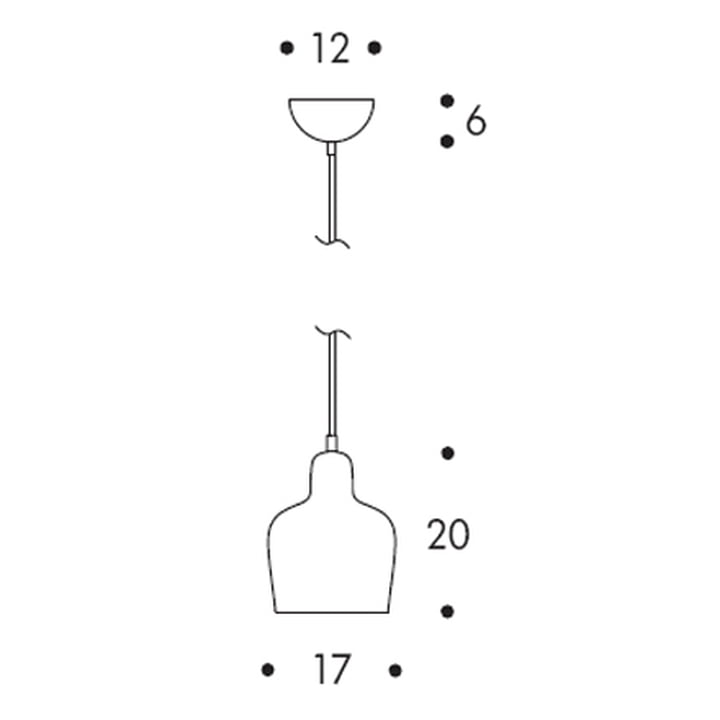 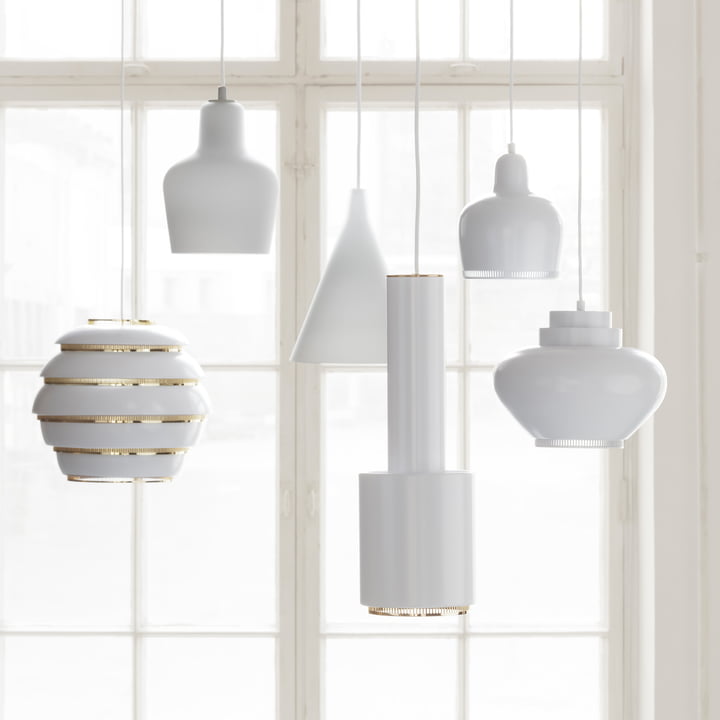 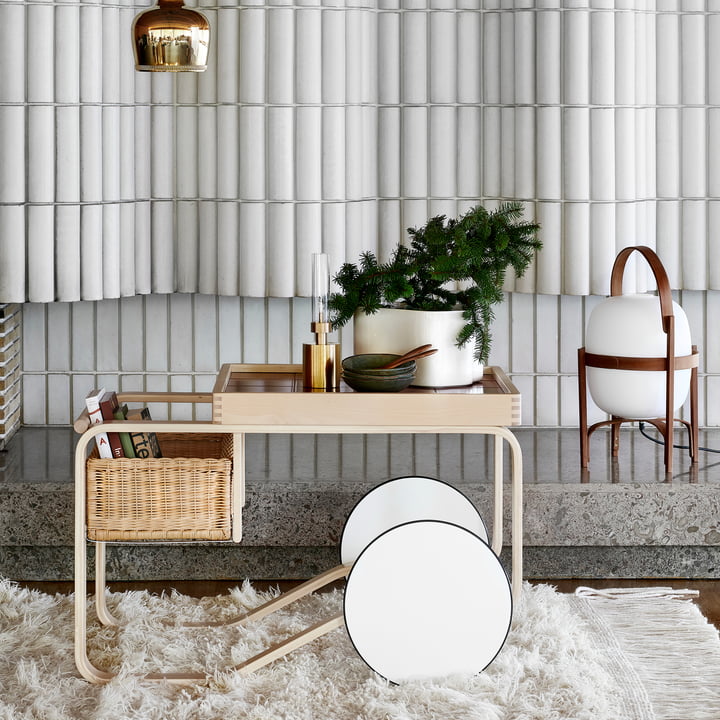 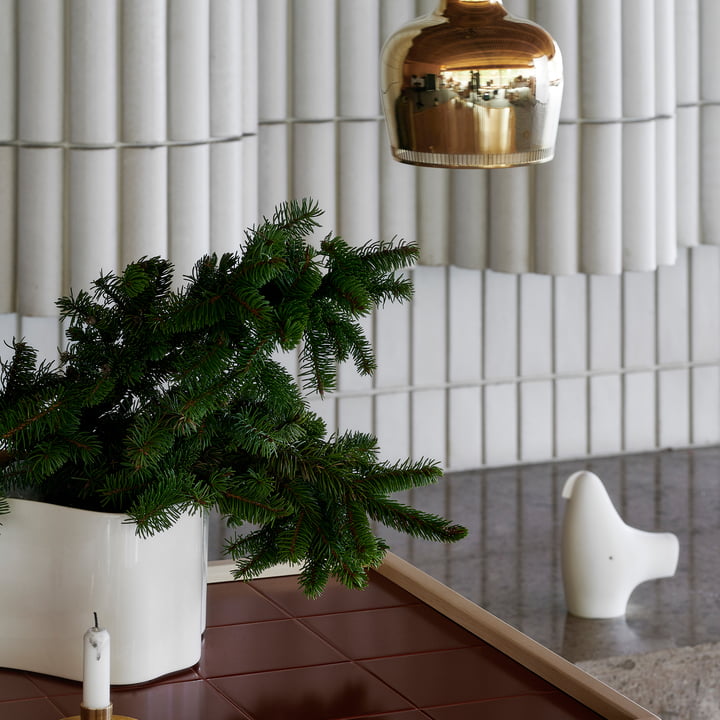 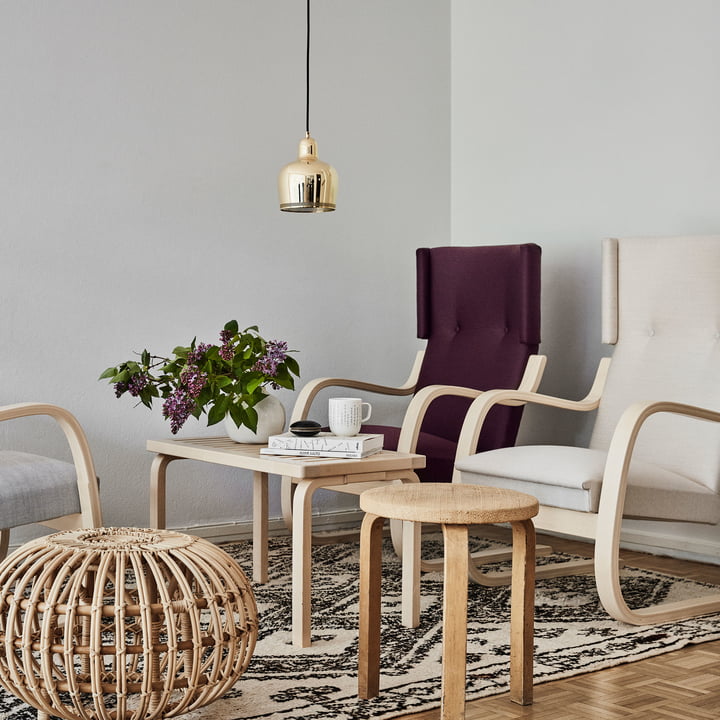 More items and all varieties can be found on the pages Artek - Aalto Collection, Artek - Lamps Collection

The Golden Bell pendant lamp by Artek with the number A 330S was designed in the 1930s by the Finnish architect and designer Alvar Aalto.

Alvar and his wife Aino Aalto were commissioned to design the interior of the Savoy Restaurant in Helsinki in 1936. The elegant Golden Bell pendant lamp became part of this interior. It was also displayed in the Finnish pavilion at the 1937 World's Fair in Paris.

The light of the Golden Bell is limited at the lower edge by the narrow shade. At the same time, however, the light can escape through the discreet holes that are arranged in a ring around the edge of the lamp. The light shining through here forms a radiant corona, a ring of light that creates a special atmosphere.

The Golden Bell lamp was originally formed from a single piece of brass. Today, in addition to the brass version, versions in white lacquered steel and chrome are also available. The A 330S pendant lamp appears complete with contact plug to the ceiling and a cable made of white plastic with a length of 2.5 meters. The manufacturer Artek recommends a 40 W bulb with an E 27 socket or an energy-saving lamp with 7 W as illuminant for the Golden Bell pendant lamp.