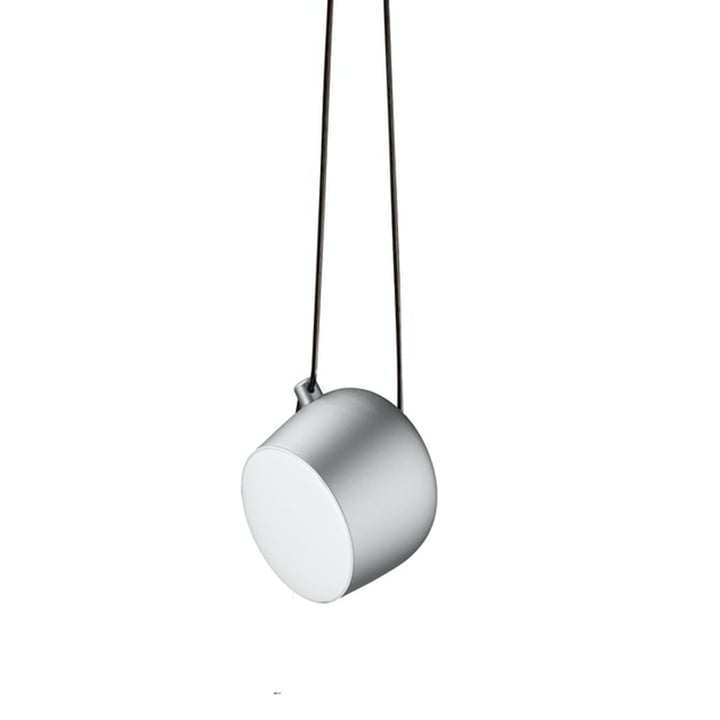 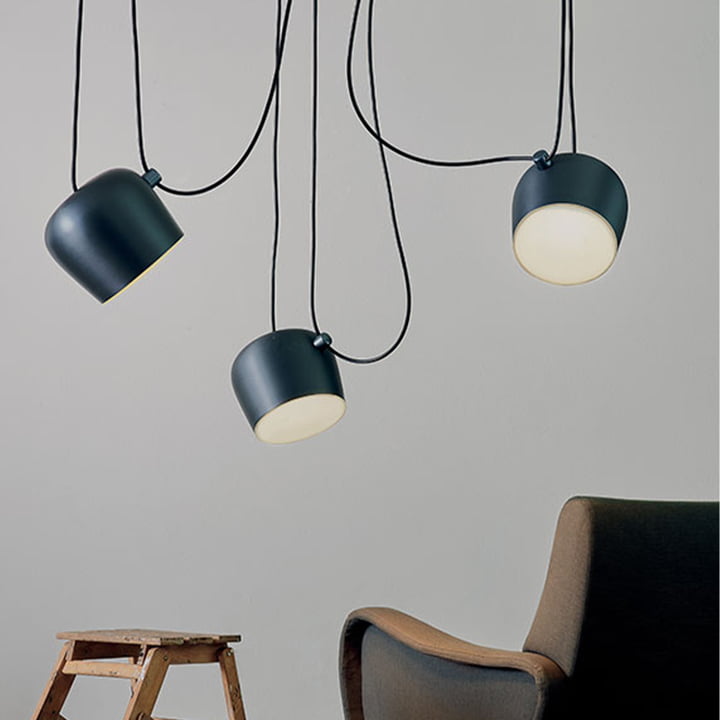 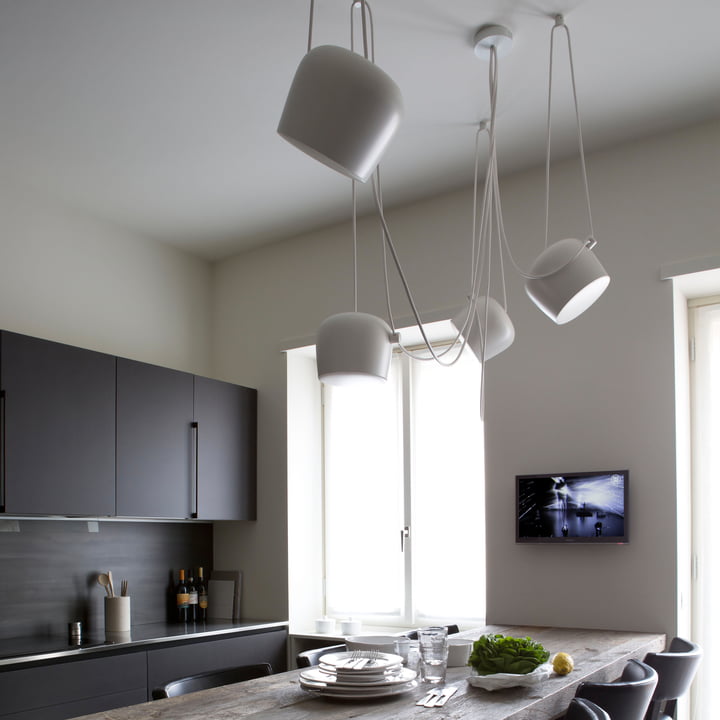 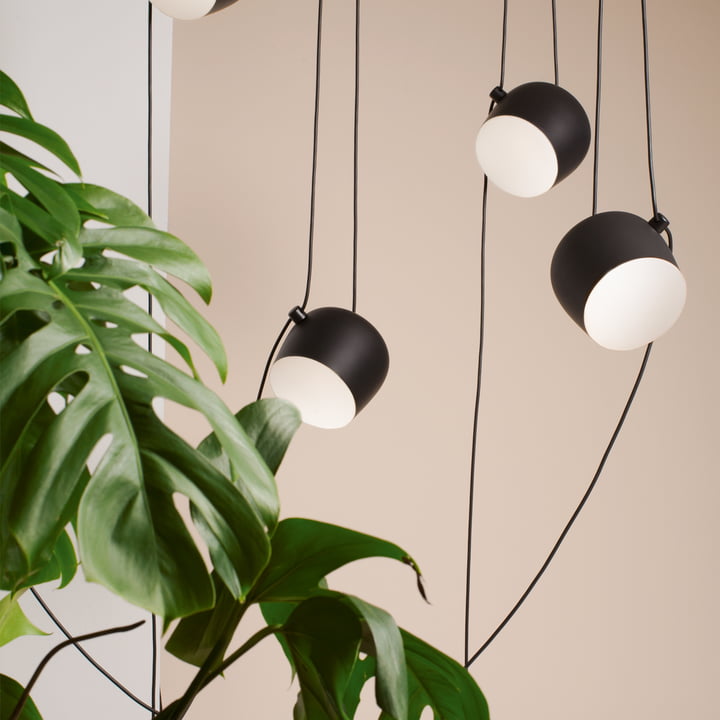 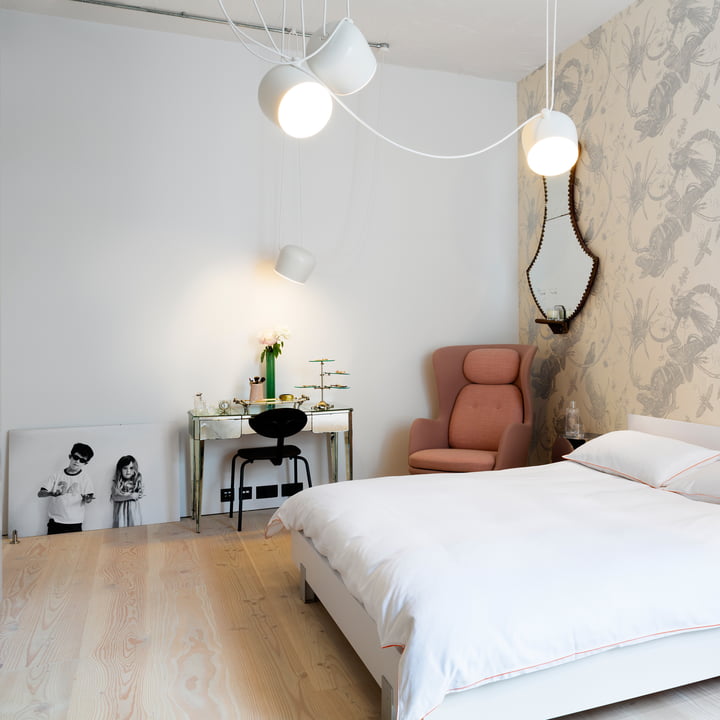 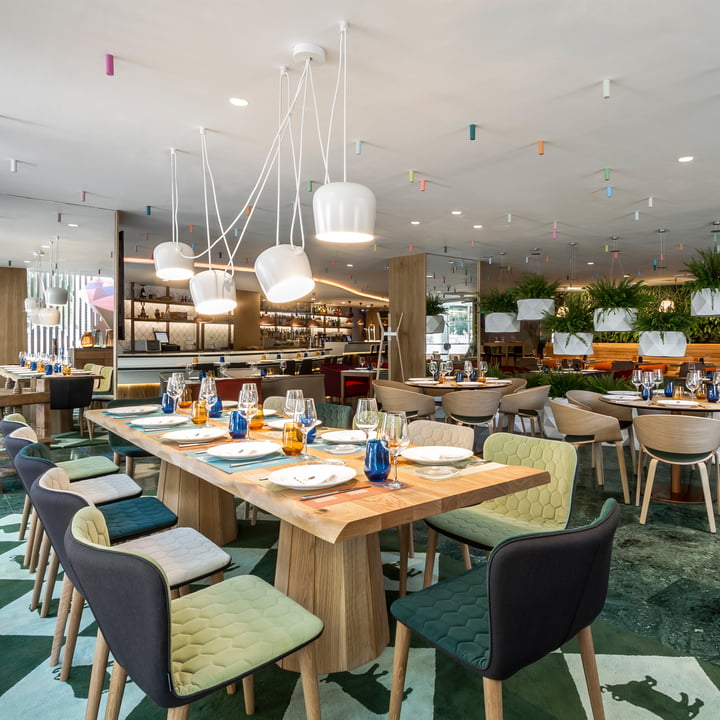 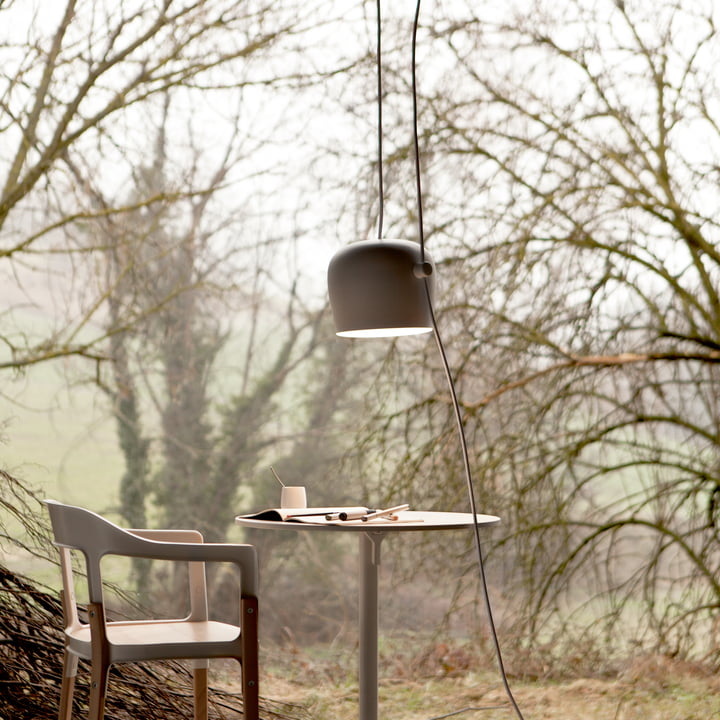 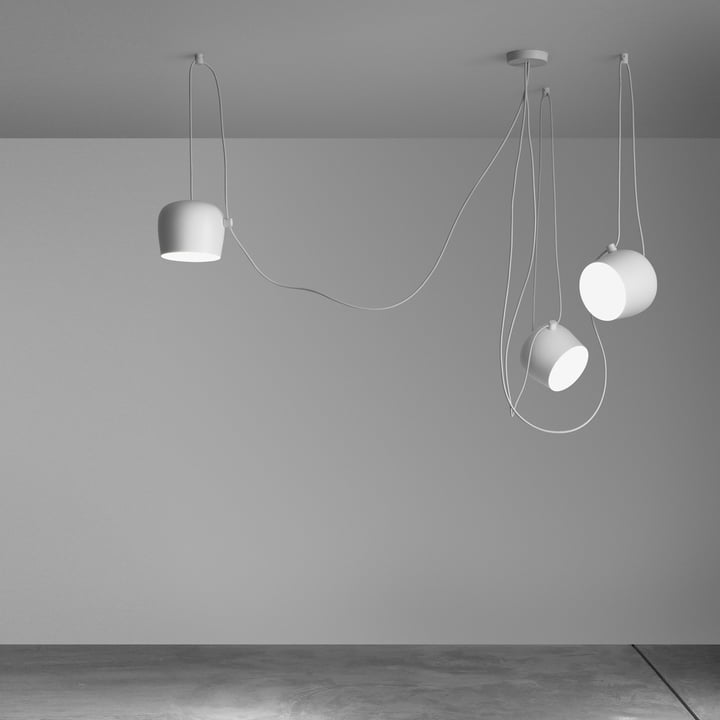 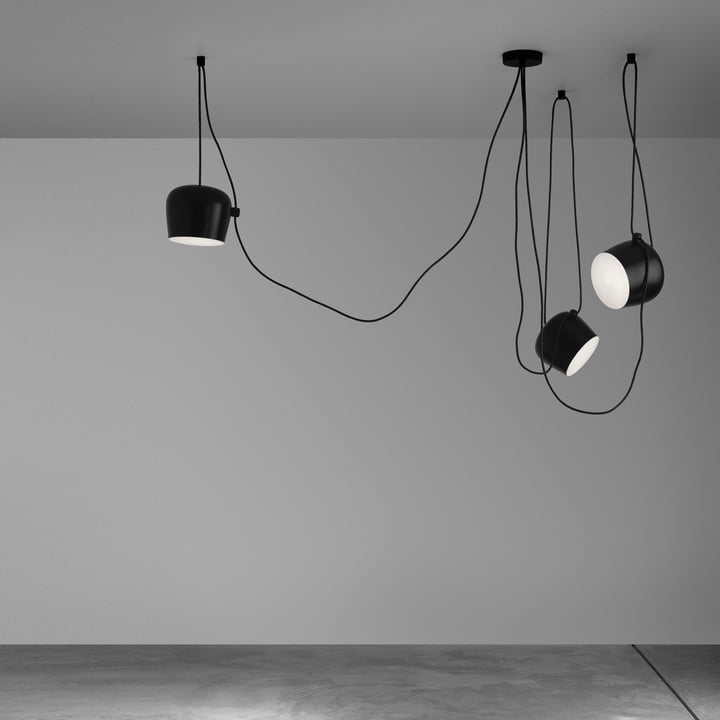 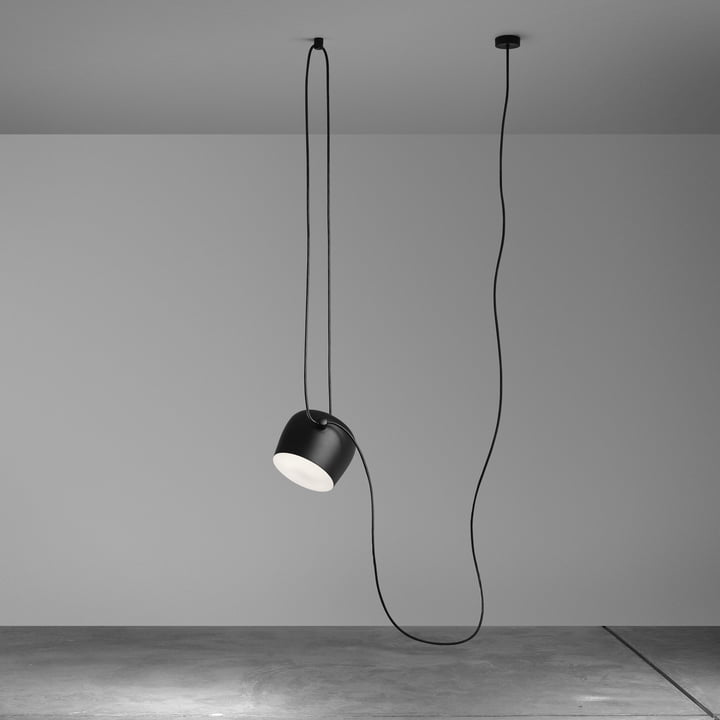 An art object as a pendant luminaire: with the AIM LED pendant luminaire from Flos , the designer brothers Ronan and Erwan Bouroullec question two fundamental principles of lighting design.

The first of these principles is the geometric centre of the light point: luminaires are usually suspended centrally in rooms. In the case of the AIM pendant luminaire, this principle no longer plays a role; earthing is achieved via long cables. As a second principle, the two designers break with the assumption that the cable is purely a means to an end and must therefore be hidden: With the AIM by Flos a cable forest can emerge, with impetuous lines and as an aesthetic function.

The luminaire head of the AIM LED pendant luminaire can be mounted at any height with a variable inclination - the complete freedom allows for unique combinations. The resulting installations are already more reminiscent of art than design. The direct, clear light of the Flos luminaire is suitable for living rooms and for illuminating individual objects.

As AIM LED Cable + Plug , the innovative luminaire from Flos is also available in a version with a plug, which allows it to be simply plugged into sockets. This results in further, flexible lighting solutions.

Flos manufactures the AIM from polished aluminium, ABS and polycarbonate. Thanks to the dimmable LEDs, the AIM pendant luminaire is energy-saving and can create different lighting moods in the room, while its 9-metre cable allows any suspension variant to be displayed.

Available in different versions and as a set.