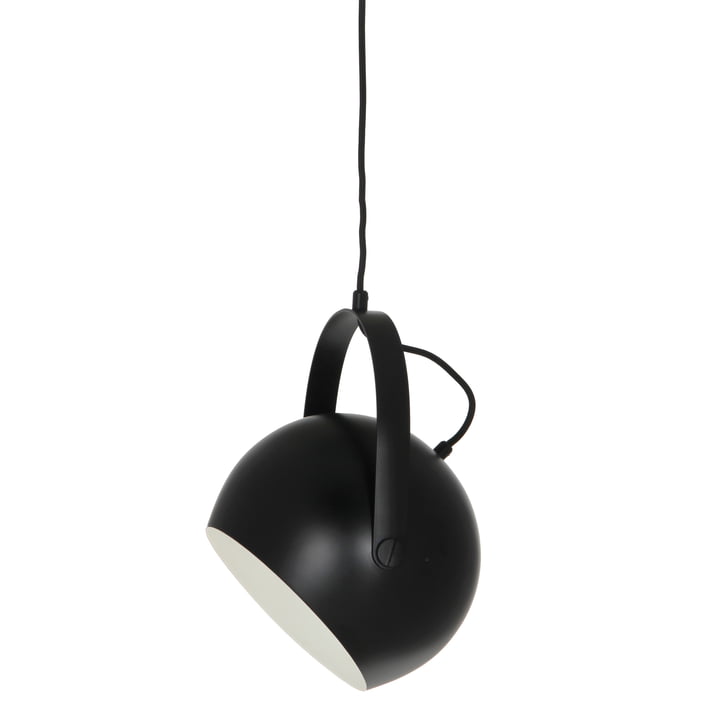 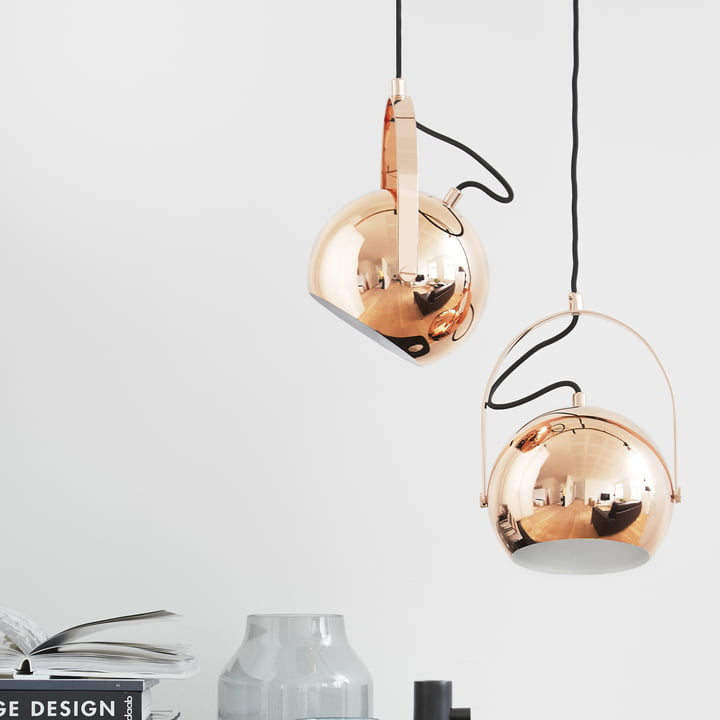 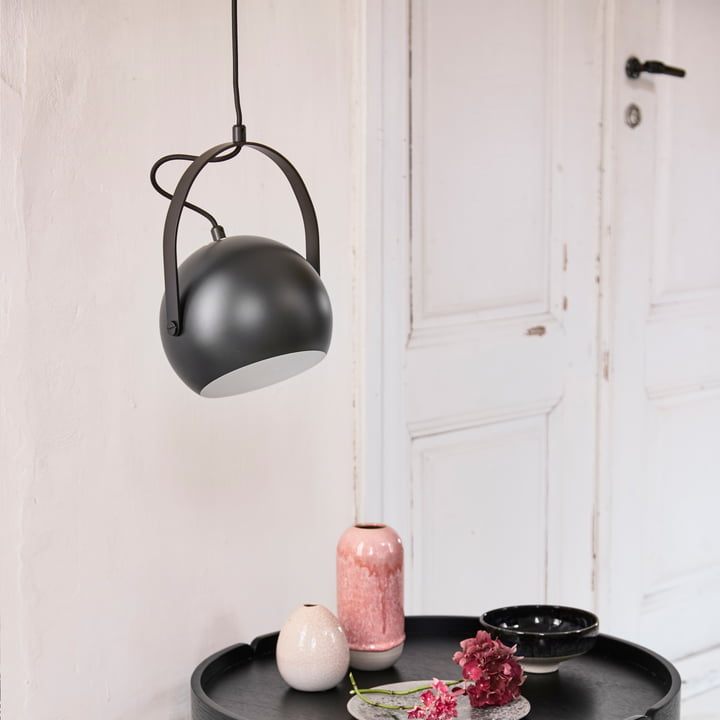 The first Ball Lamp from Frandsen 1969 came on the market. With its simple geometry, intuitive functionality and precise light control, the Ball Lamp quickly became popular throughout Denmark and later in many other countries.

Benny Frandsen has made a name for himself as one of Denmark's greatest lighting designers and the Ball luminaire has earned its place as a modern classic. The variant of the Ball Pendant luminaire with handle was designed as early as 1972, and was relaunched in 2014.

The pendant lamp is supplied with a textile cable and a handle with which the direction of the light can be adjusted simply by tilting the curved shade. Arranged singly or in groups on the ceiling, the Ball Pendant luminaire with handle perfect for reading and working or as a cosy ambient light.