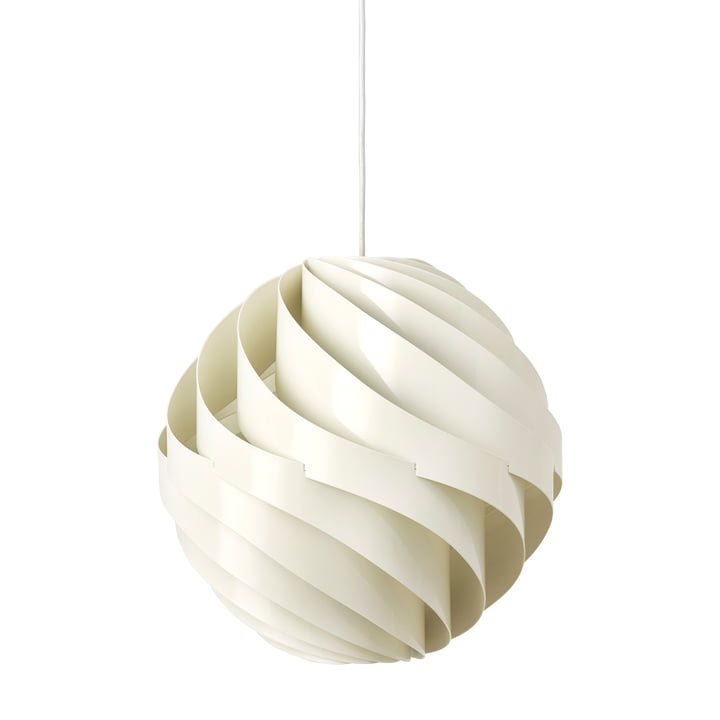 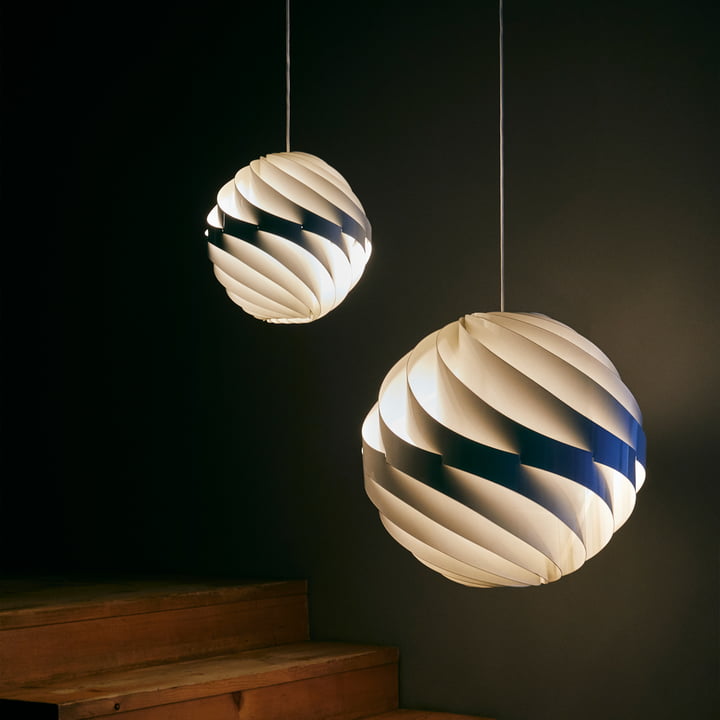 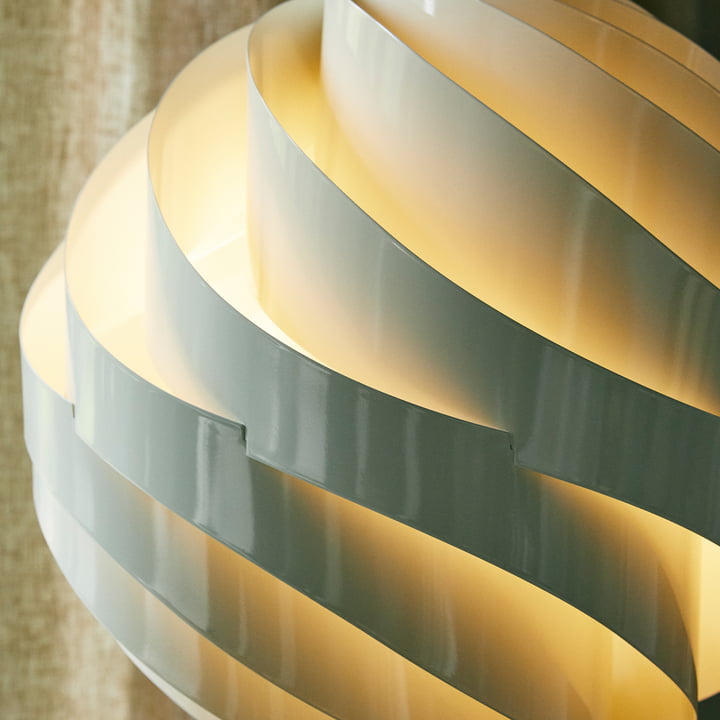 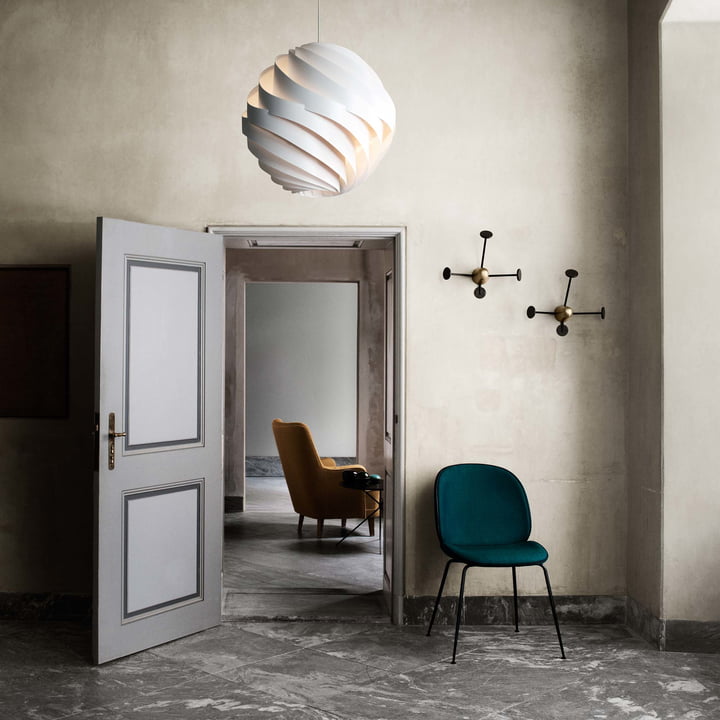 Already in 1965 Louis Weisdorf designed the Turbo pendant luminaire. It shows design as it should be: A simple form and yet complex structure create at the Turbo lightness and power at the same time.

The geometric shapes seem to be in motion and remind in this way of the turbines a Turbo laders, hence the name of the sculptural pendant luminaire from Gubi : Twelve identical aluminum spirals form the iconic exterior. Weisdorf also used Japanese rice paper luminaires as a model, which give the pendant Turbo pendant luminaire the design lightness.

The interlocking slats form a light sculpture, shielding the illuminant and allowing only indirect light through the openings. In this way, the Gubi Turbo pendant luminaire with its multi-faceted light is ideal for illuminating living rooms and bedrooms.