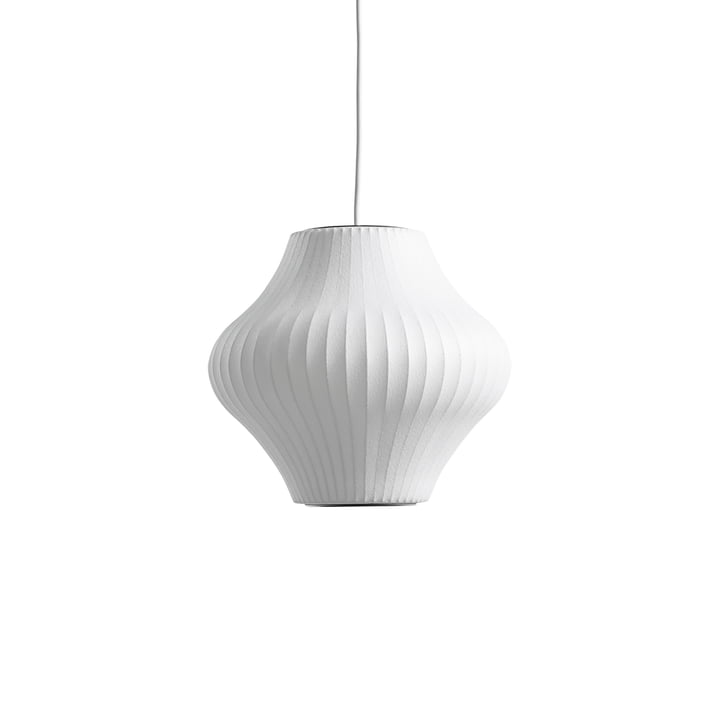 As part of the Nelson collection of lamps reminds the Nelson Pear Bubble Pendant luminaire with Hay a bulb shape by widening towards the centre. The parallel lines of the light steel frame of the luminaire are visible along its surface. Nelson Pear Bubble casts a soft, even light. George Nelson inspired by a set of silk-covered Swedish pendant lamps, designed the series in 195 2.

The modern look of this designer luminaire fits into private living rooms and bedrooms as well as public offices, restaurants and galleries.

Steel and plastic in different sizes

The designer pendant luminaire is made of painted steel and a pleated shade of plastic polymer. It is available in different sizes.

Please note that the delivery does not include lamps.