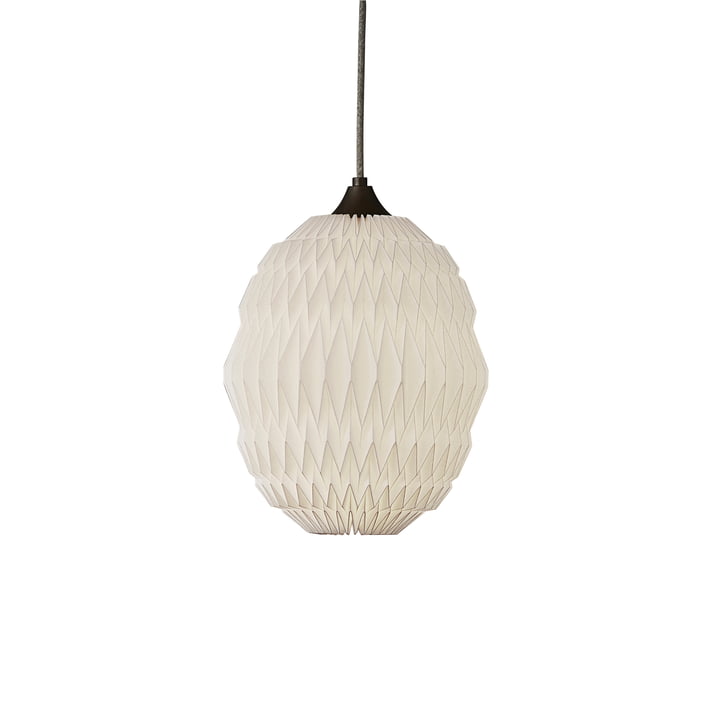 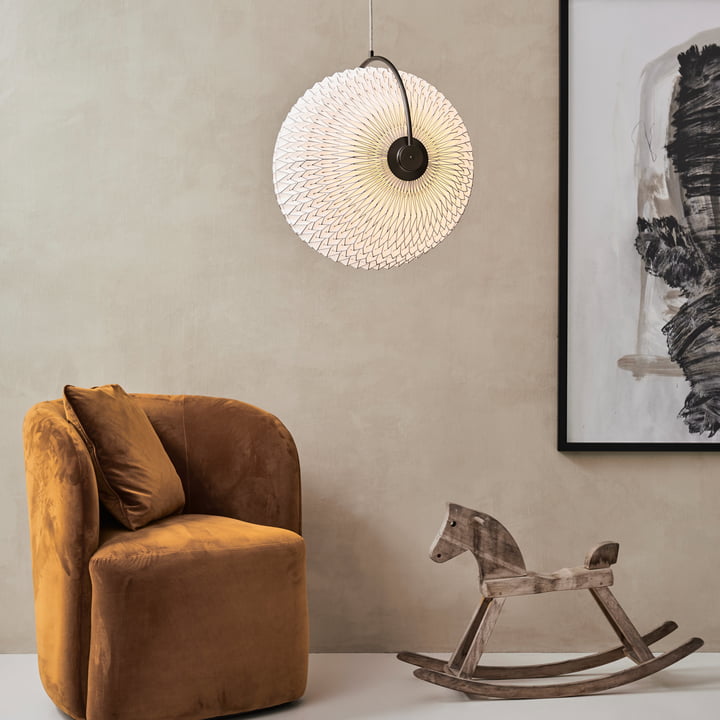 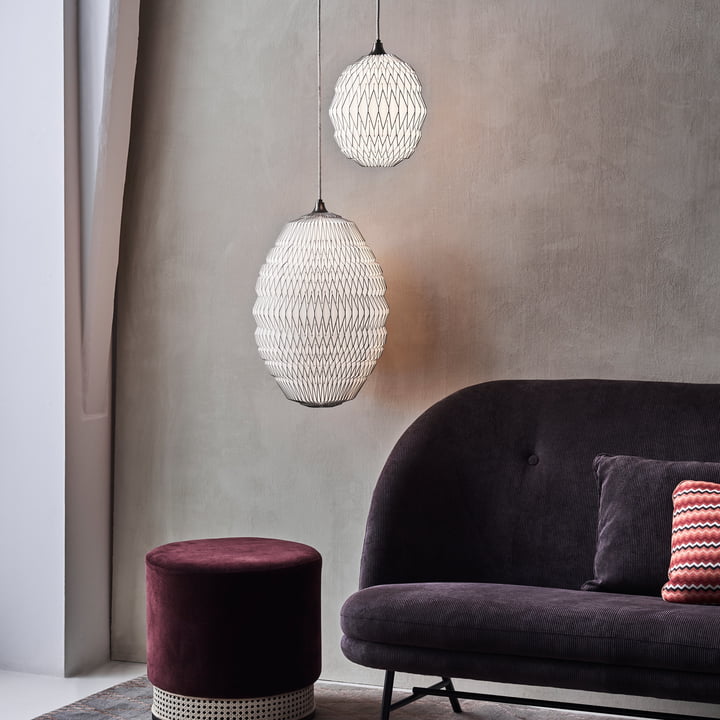 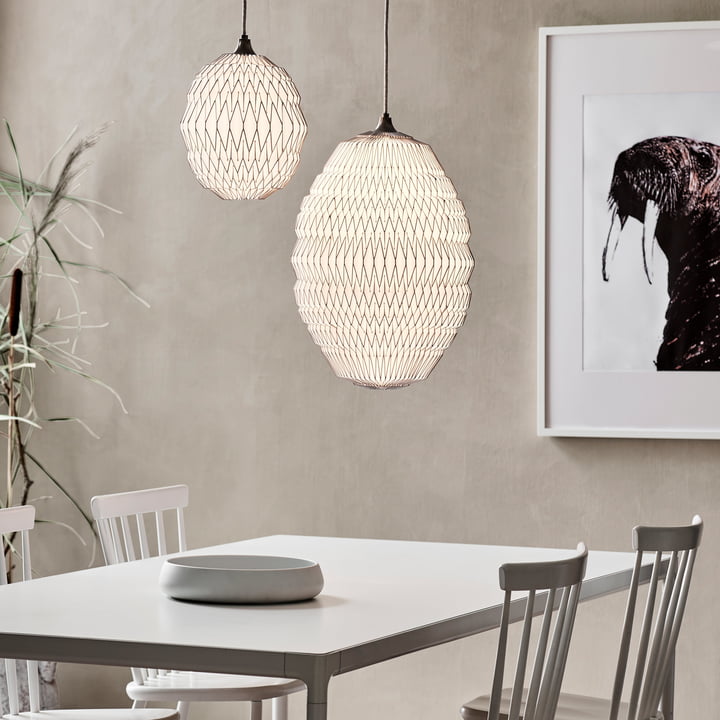 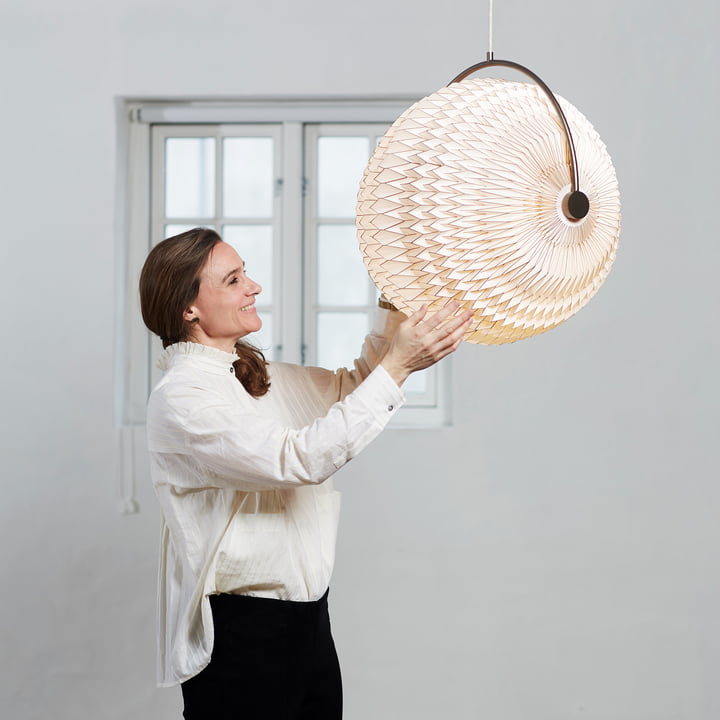 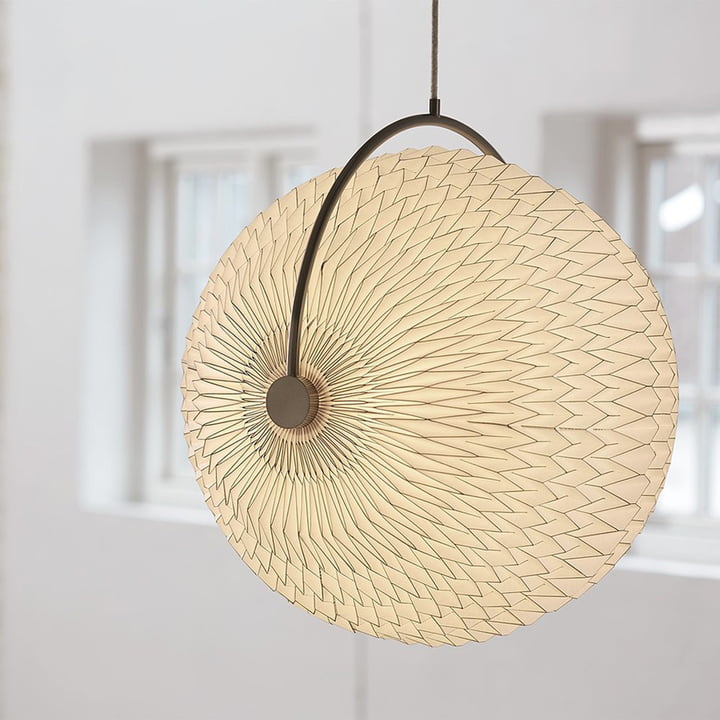 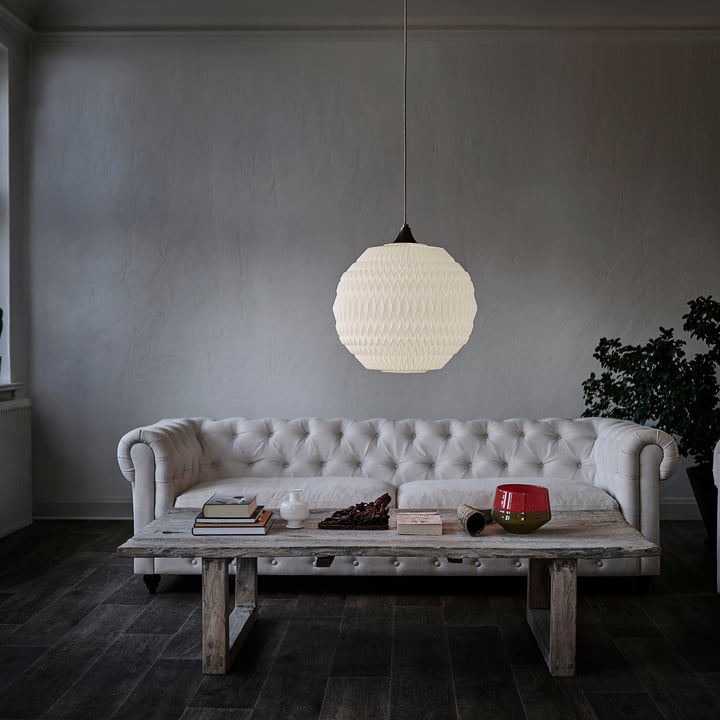 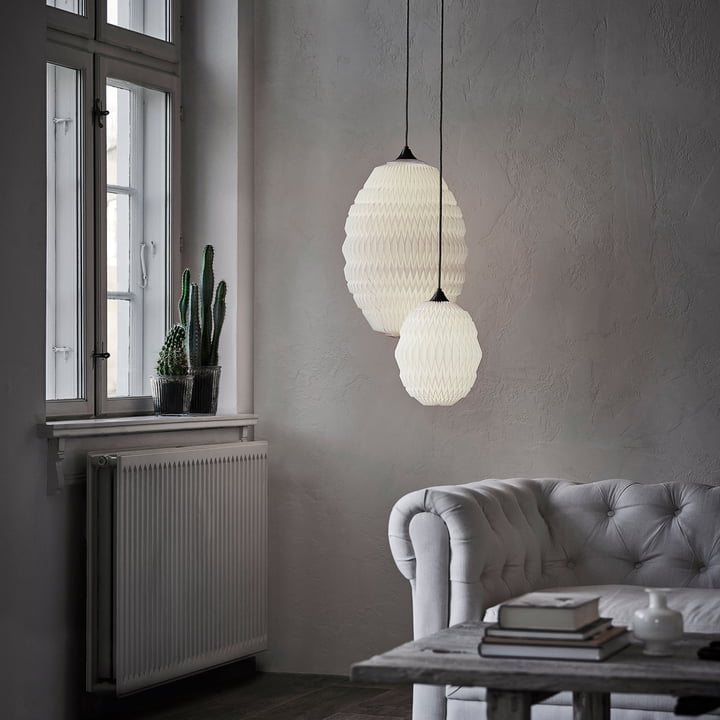 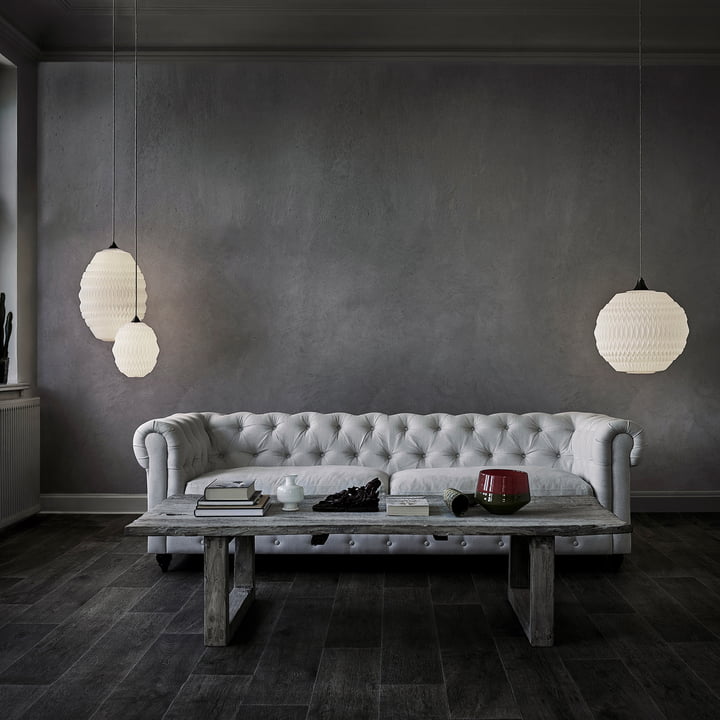 The Caleo pendant lamp by Rikke Frost for Le Klint is familiar to every Dane from the TV show "Denmark's Next Classic". For her design, Rikke Frost combined a brass frame with a classic folded shade from Le Klint . The folds of the shade could be rotated 90 degrees due to the frame, giving the lamp a modern look. It combines novel elements with the Danish craft of folding the shade.

The name comes from Latin and means "to highlight" - an allusion to the elegant brown lines of the lamp, which are applied by hand.

"With only three weeks to design a new dining table lamp, I quickly came up with paper as the obvious material. On the drawing board, the idea of diffusing light through a more or less closed, folded "paper ball" matured. Because of time constraints, I sent Le Klint what was probably the plainest and simplest sketch I've ever sent to a potential collaborator. Luckily they picked up on the idea and together we developed the lamp." Rikke Frost.

With its beautiful details and folding shade, the lamp exudes elegance and exclusivity. Inspired by the luminaire from the television show, a Caleo series was created, which in addition to the original luminaire also includes spherical pendant luminaires in small and medium sizes.