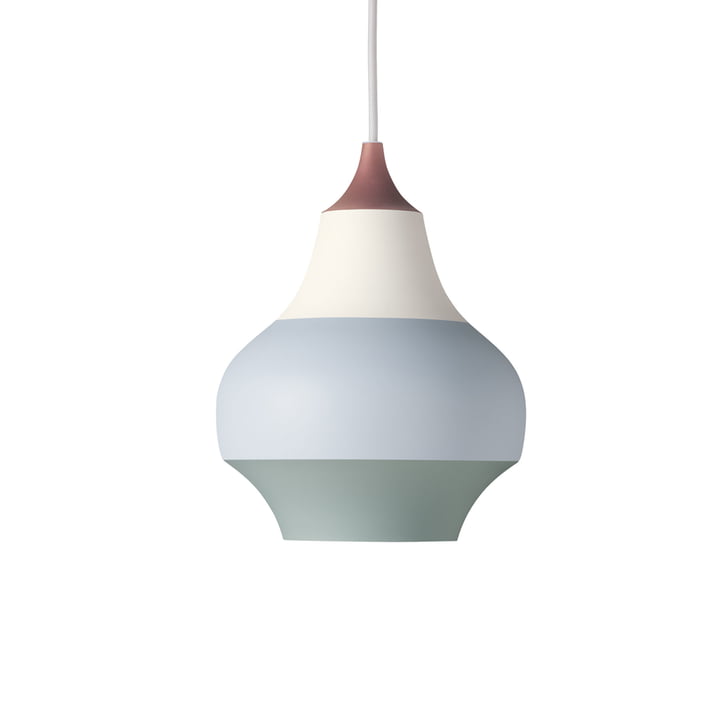 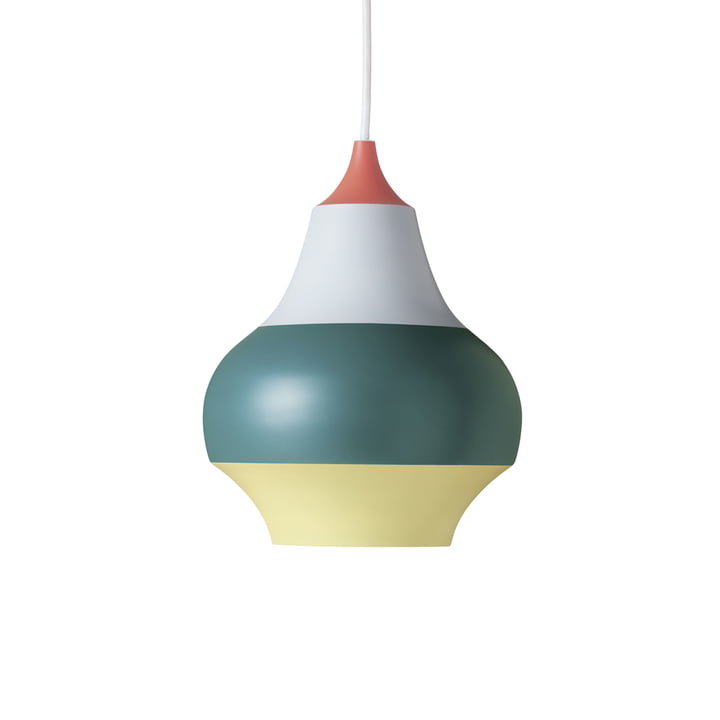 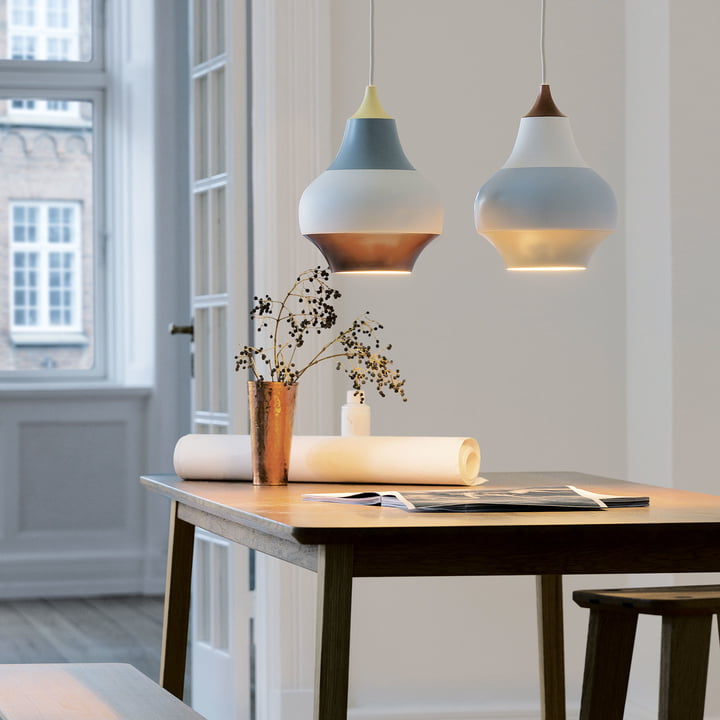 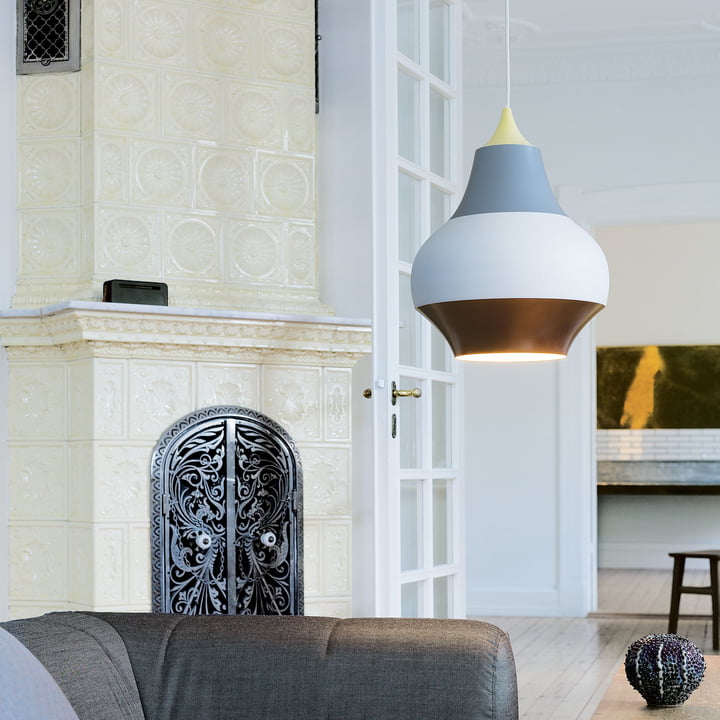 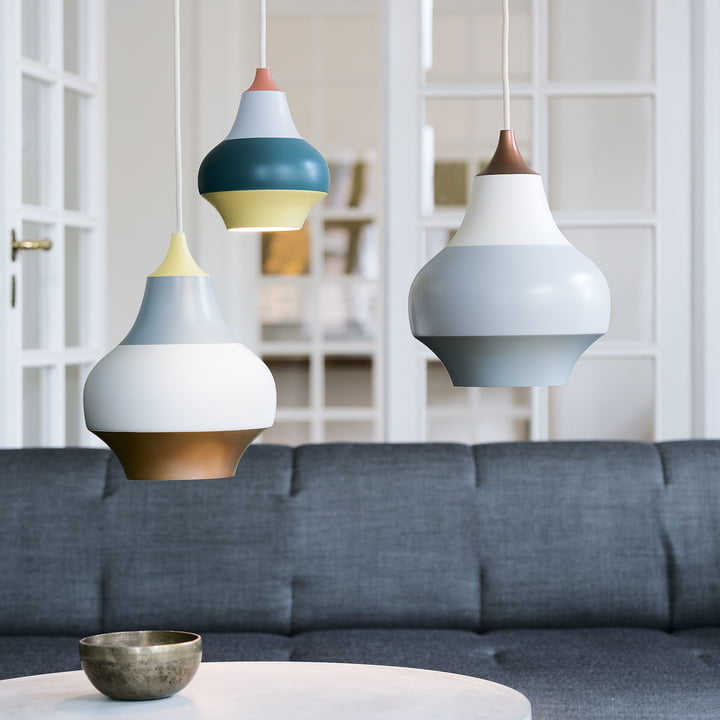 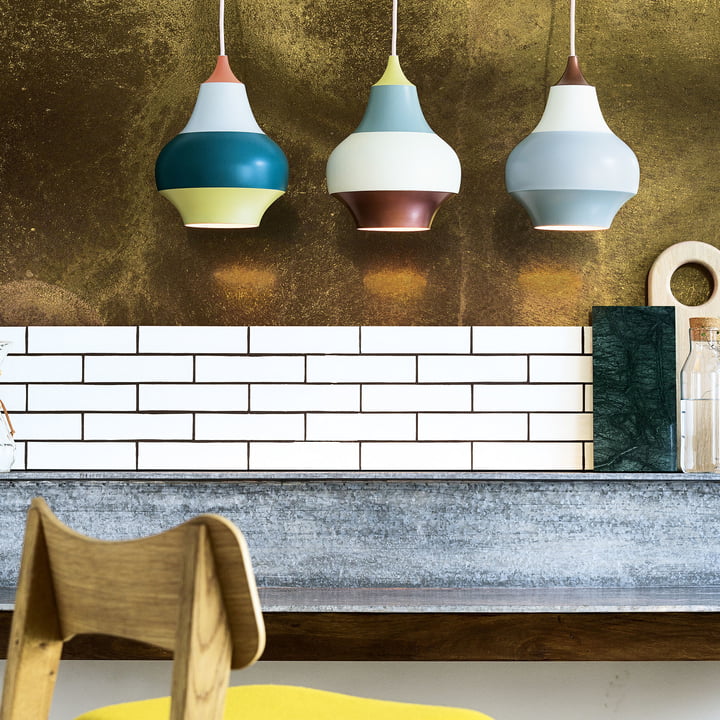 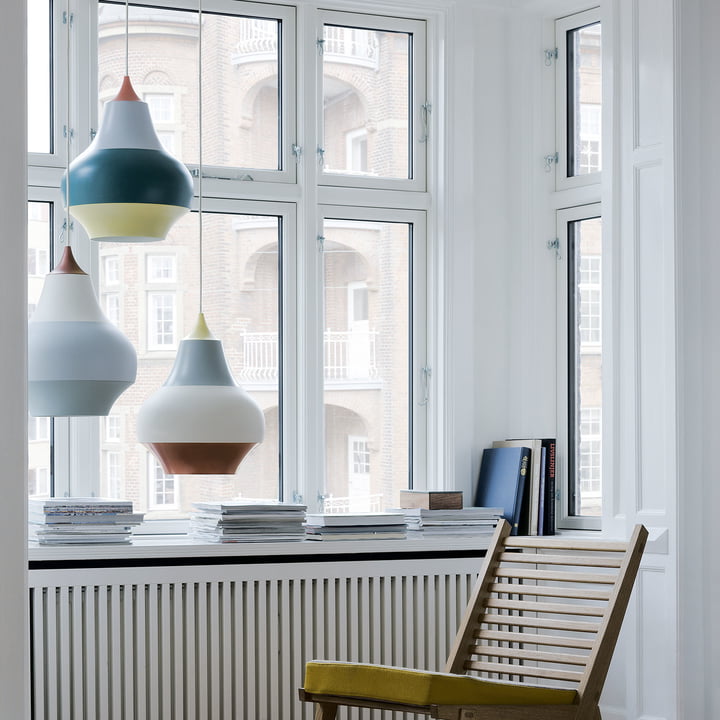 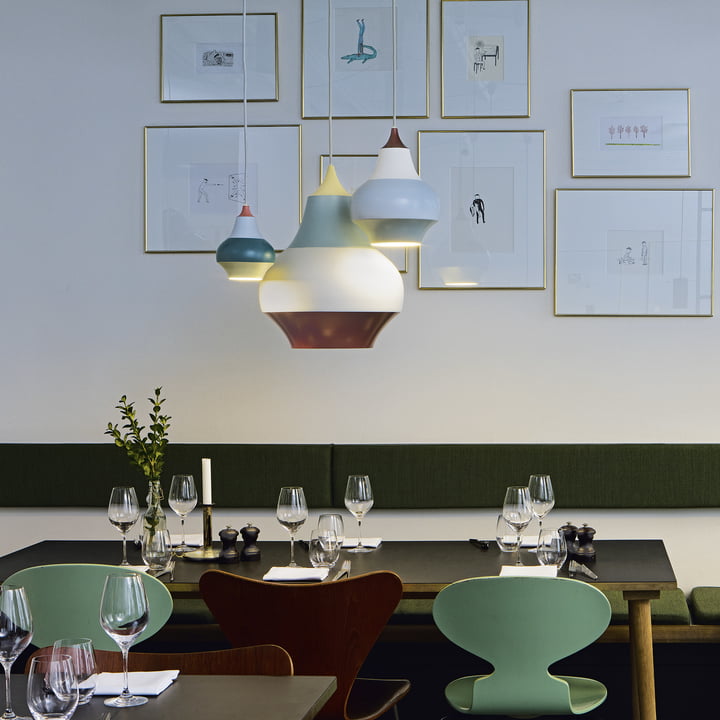 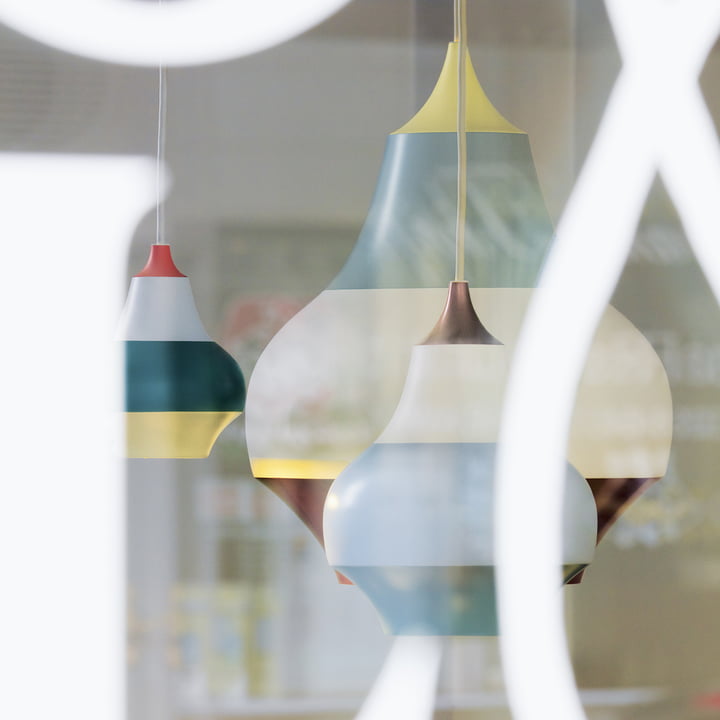 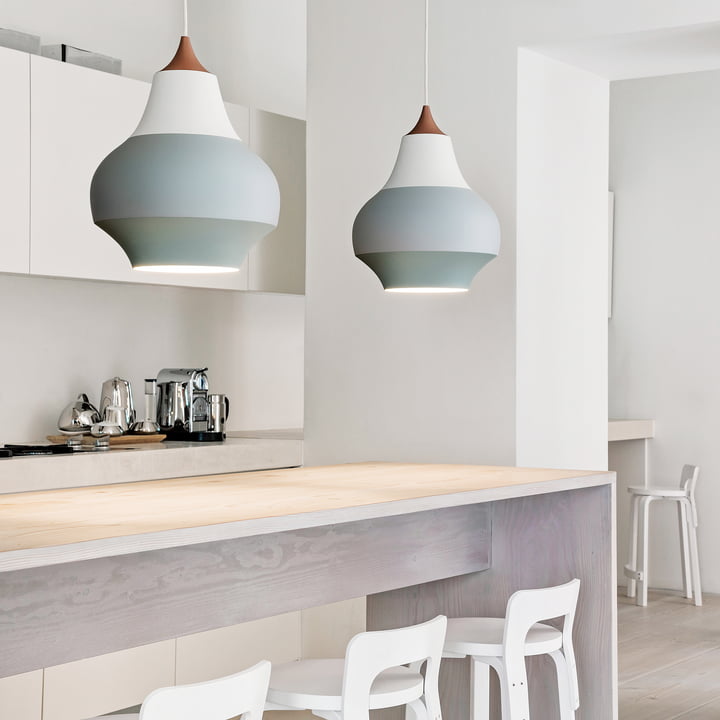 At first sight, the Cirque pendant light reminds one of cotton candy and colourful things from the fairground. This is exactly where the inspiration of Swedish graphic artist and designer Clara von Zweigbergk comes from. After a visit to the Tivoli amusement market in Copenhagen, she kept her mind on the dazzling colour gradients that resulted from the rapid movements of carousels, wheels of fortune or balloons. These impressions gave rise to the idea for the colourful Cirque pendant light series, which inspires with its fresh colours and airy, light form.

"If you look up from the kitchen table to the ceiling, you may well think of balloons and merry-go-rounds. There's nothing wrong with that," replies Clara von Zweigbergk to the request to describe her new lamp series.

The luminaire series is suitable for restaurants, cafés and bars as well as for the home kitchen or dining room. Thanks to the matt white painted inside, the luminaires provide a soft, downward light that is glare-free at "normal" height. The luminaire is particularly suitable for hanging lower over tables or counters, where it provides colourful accents in various variations. Thanks to the E27 lampholder, the luminaire can be equipped with different light sources, so that the colour rendering and temperature of the light can be individually determined.

Individually or in combination

The Cirque pendant luminaire not only provides special accents when used alone - in combination with other luminaires arranged in a bundle, the Cirque luminaire develops its good mood effect many times over. As the luminaire is available in Ø 220 mm and Ø 380 mm in addition to a Ø 150 mm version, different sizes can be arranged together and arranged individually.