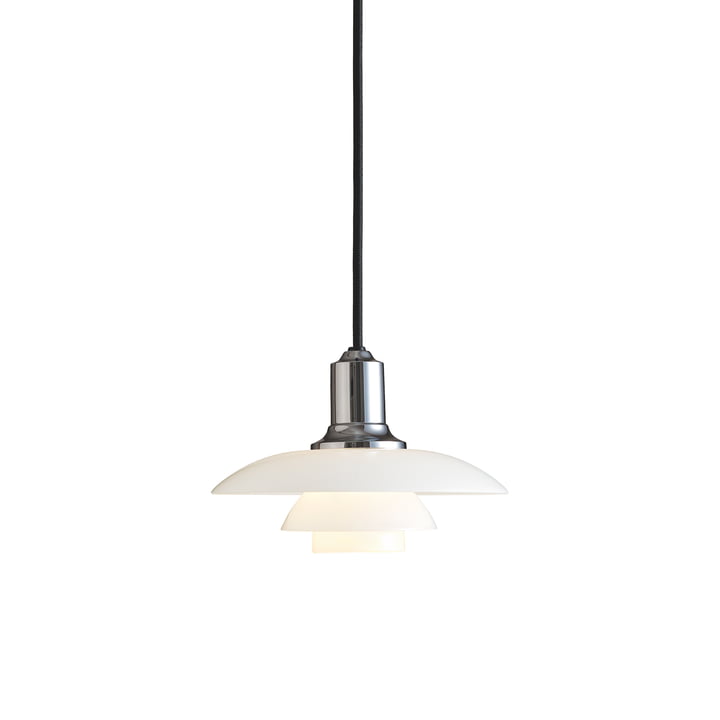 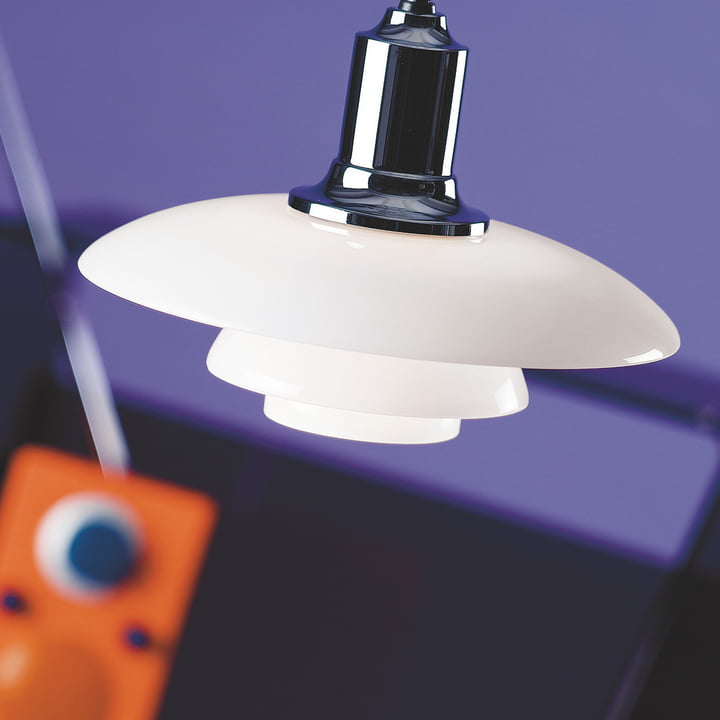 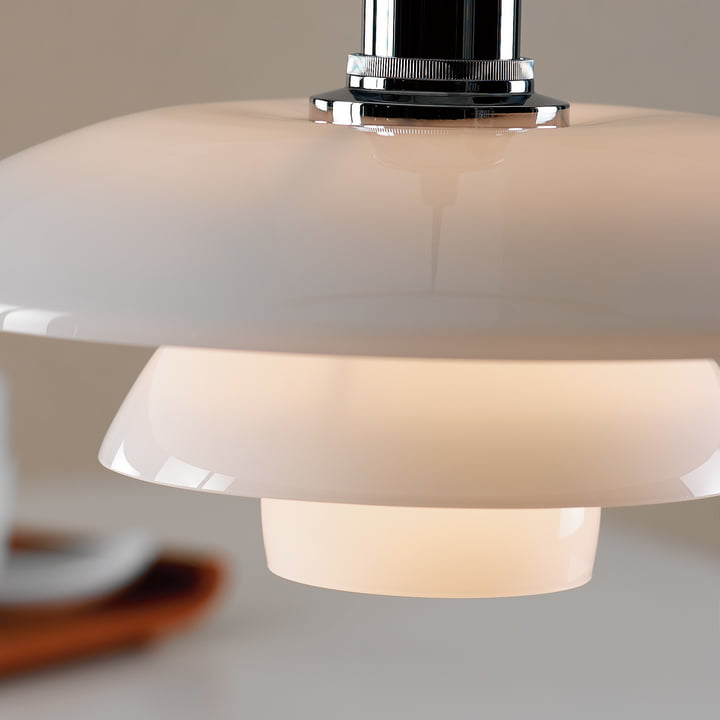 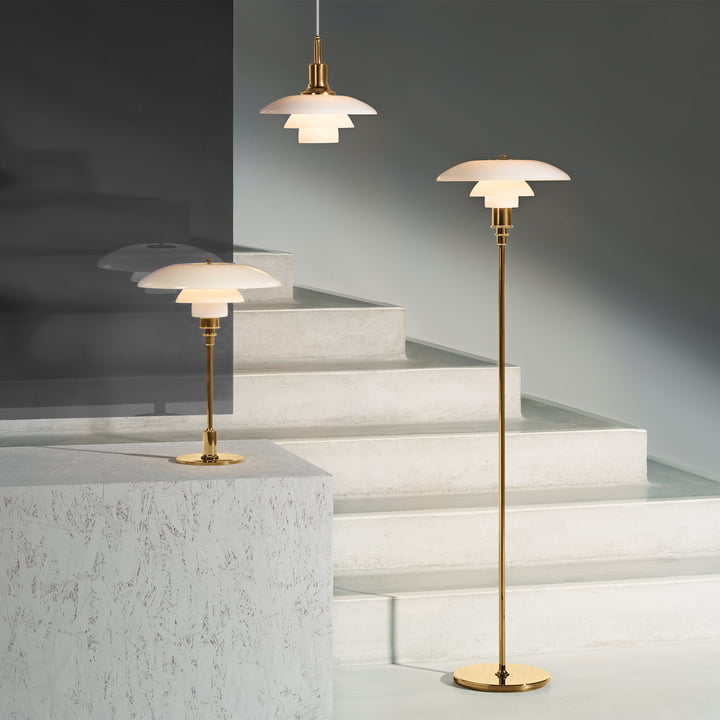 The PH 2/1 pendant luminaire is a member of the PH3 umbrella product family. The PH 3-shade system was initially a pendant luminaire solution, but quickly developed into other types of luminaires for tables, floors, walls and a large number of chandeliers. As a result of the different sizes, materials, surfaces and light sources, over a thousand variants have been developed over the years.

A classic among the variants is the PH 2/1 pendant luminaire. It is based on the principle of a reflective multi-screen system with glare-free lighting. The shape of the shades is based on a logarithmic spiral in whose focal point the lamp is placed. Thus the 2/1 produces soft lighting. The lampshade is made of white opal glass and the suspension is optionally available in drawn aluminium in polished chrome or black metallized. The textile cable is black.

The PH luminaires were designed as a rational lighting system where the size of the shade, its material and surface could be combined according to the task at hand. All upper screens have a corresponding set of middle and lower screens, so that the proportions between the screens are approximately 3:2:1. Each screen reduces the amount of light.

One of the basic models from the early days was a PH 5/ 5. The first number indicates the approximate diameter of the screen, the number behind the line indicates that the middle and lower screens were "born" for this upper screen. This means that the 5/5 has an upper canopy of 50, a middle canopy of 31 and a lower canopy of 15.5 centimeters in diameter. This combination was good if the luminaire was intended to be suspended high up. However, if it should hang lower, a combination of a large upper umbrella and smaller middle and lower umbrellas made sense. Thus the PH 2/ 1.