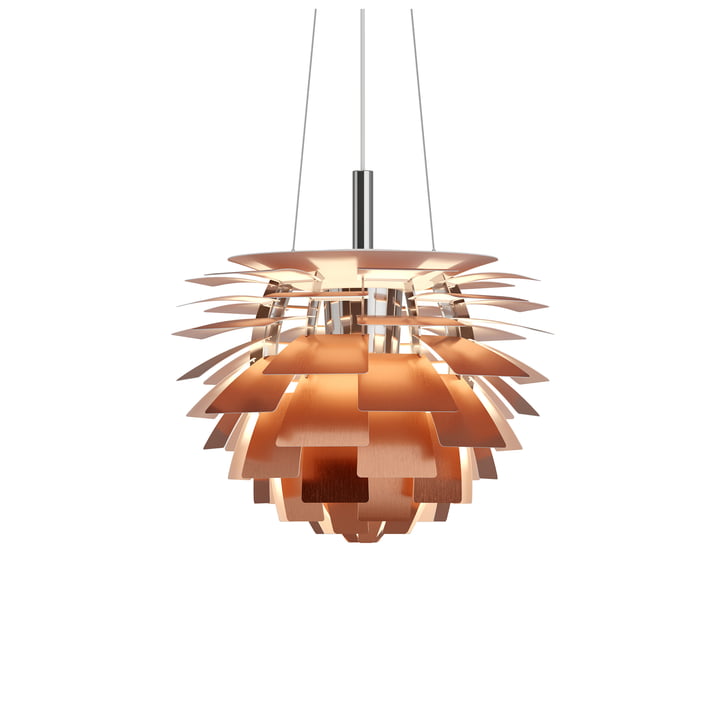 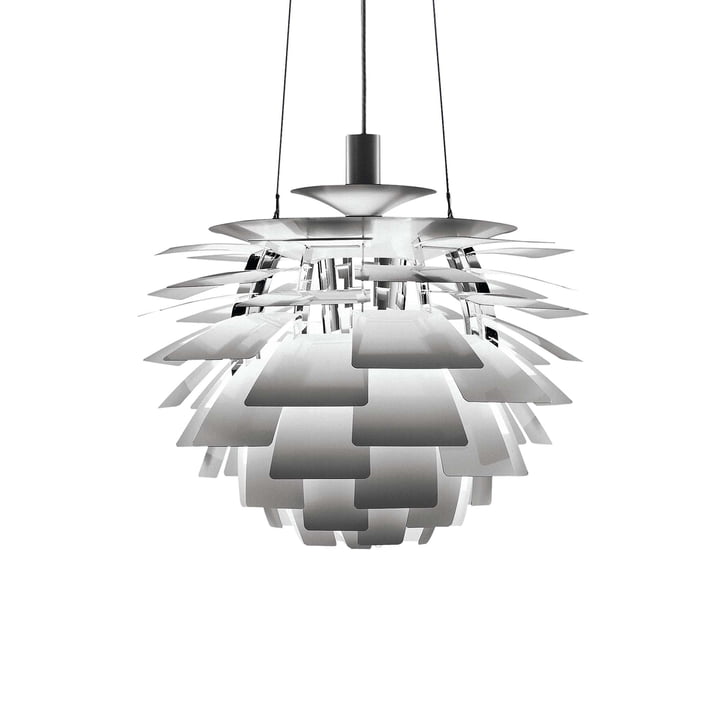 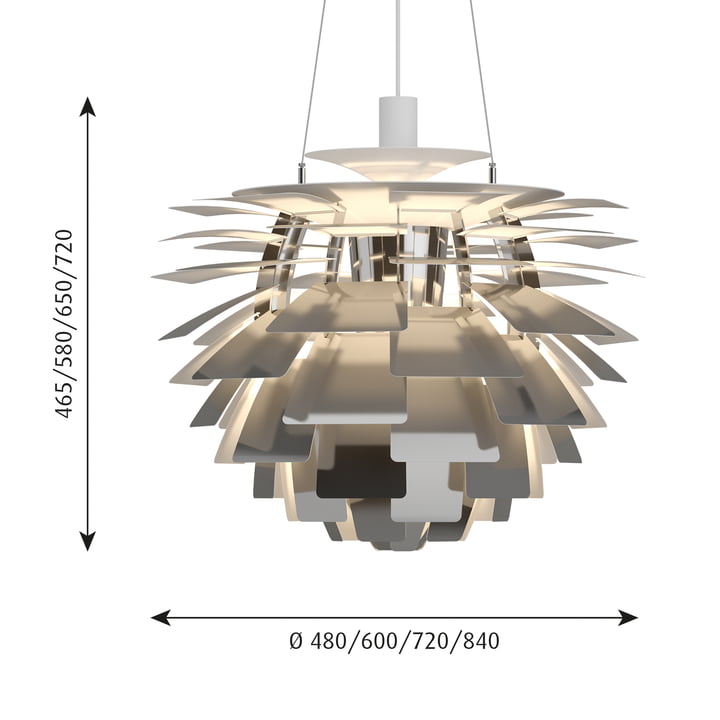 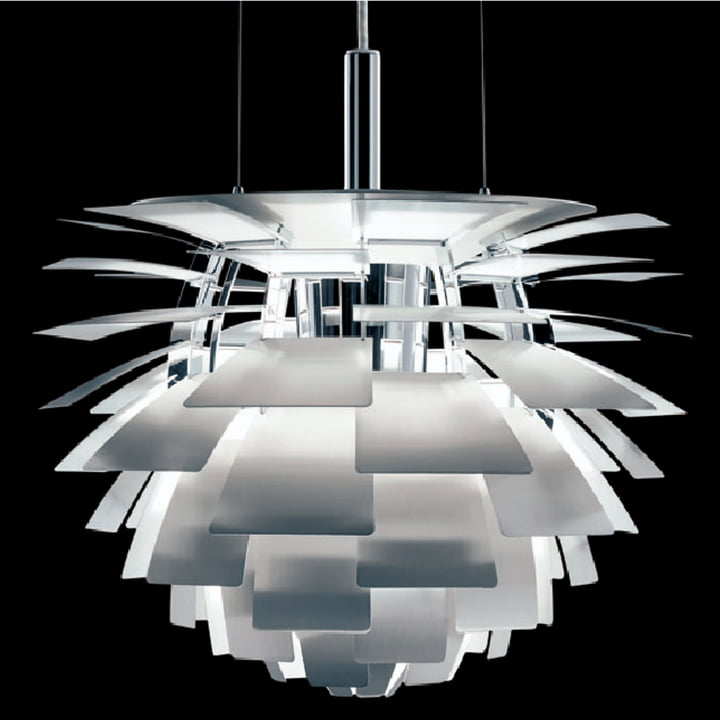 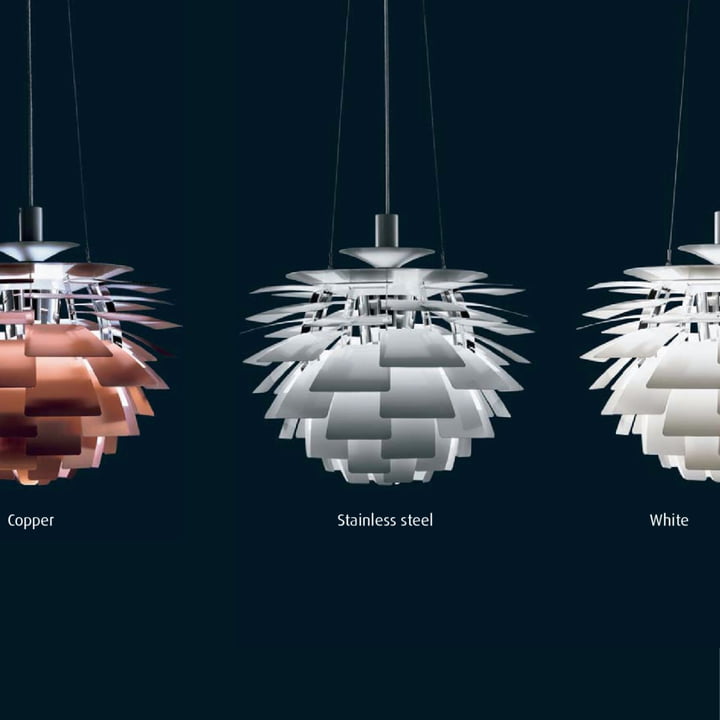 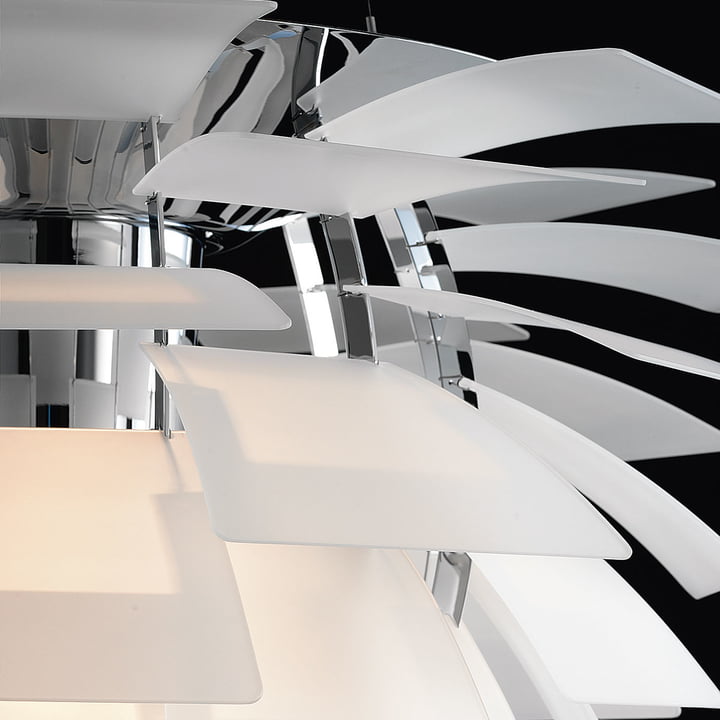 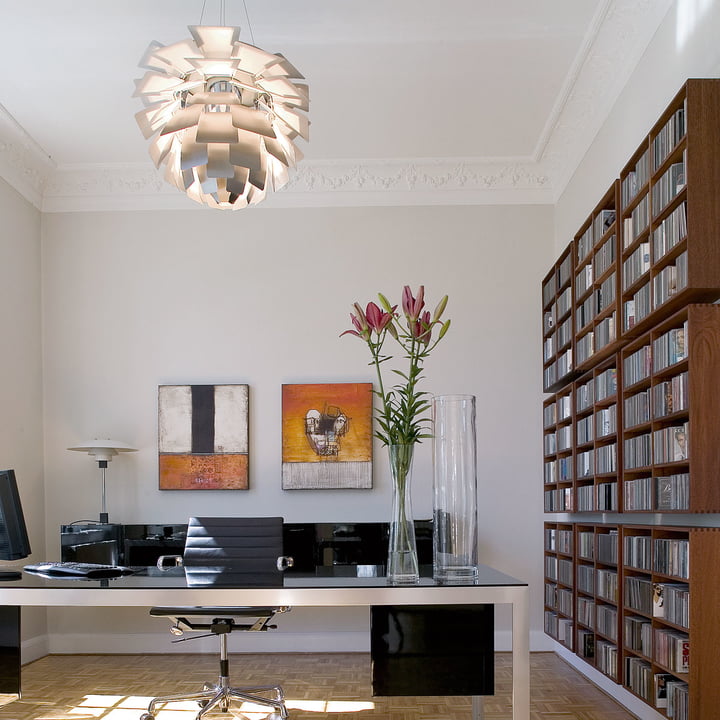 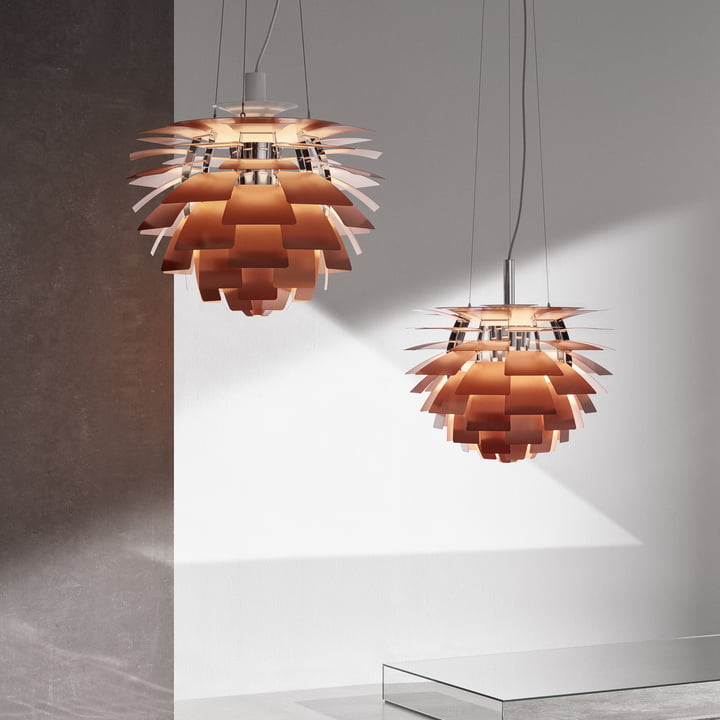 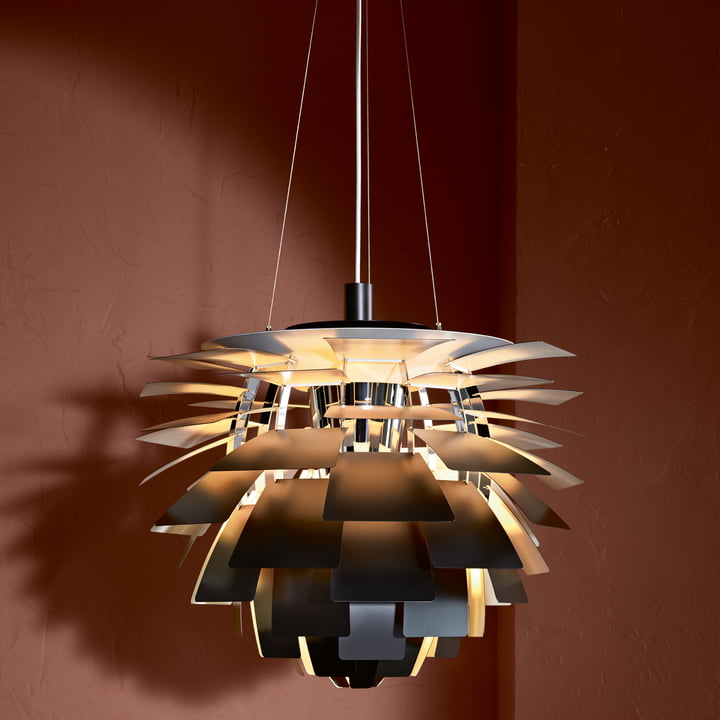 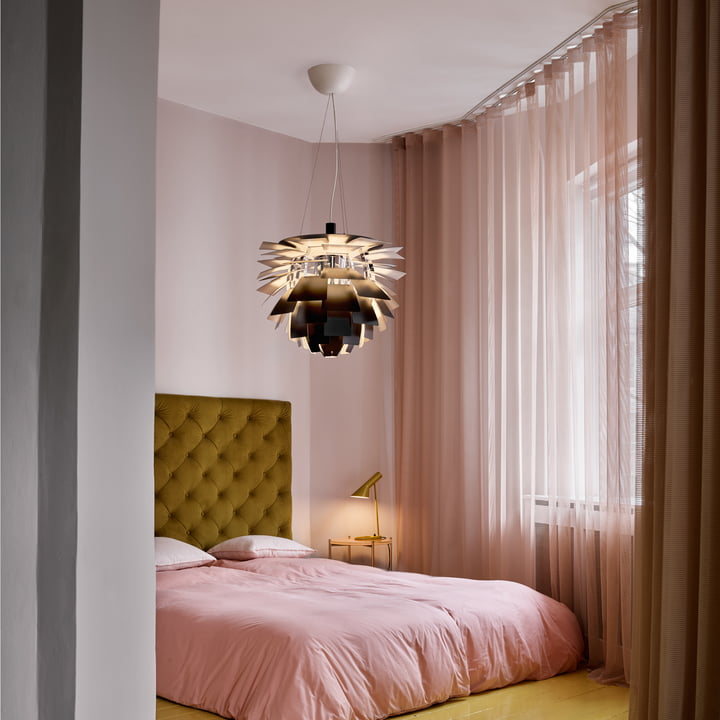 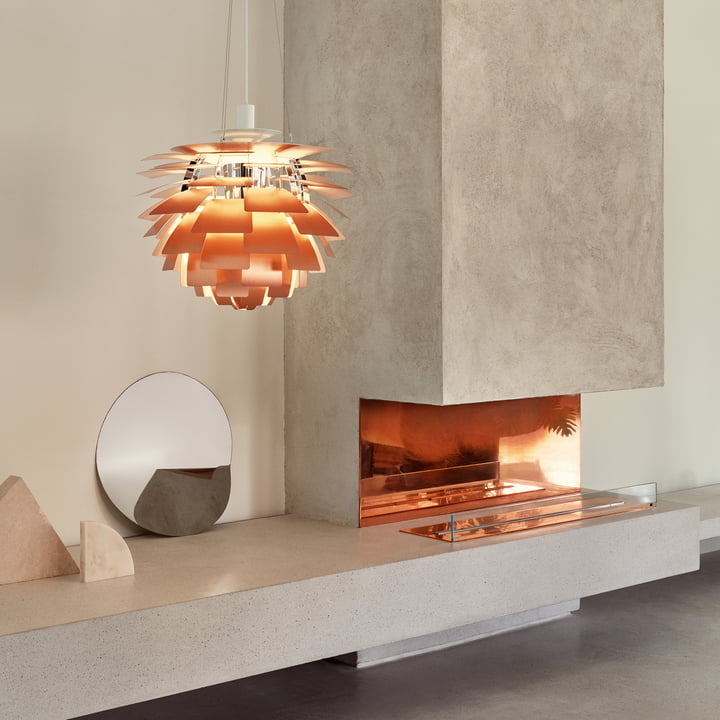 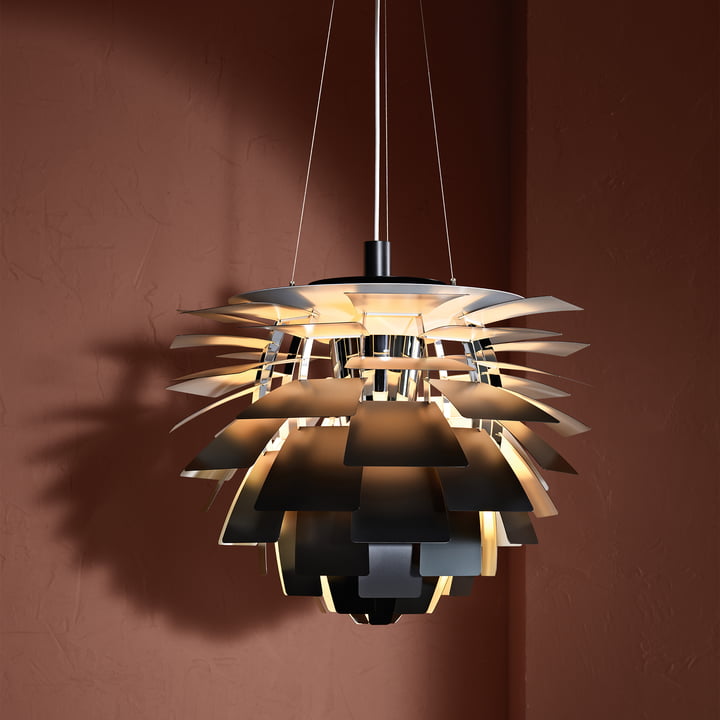 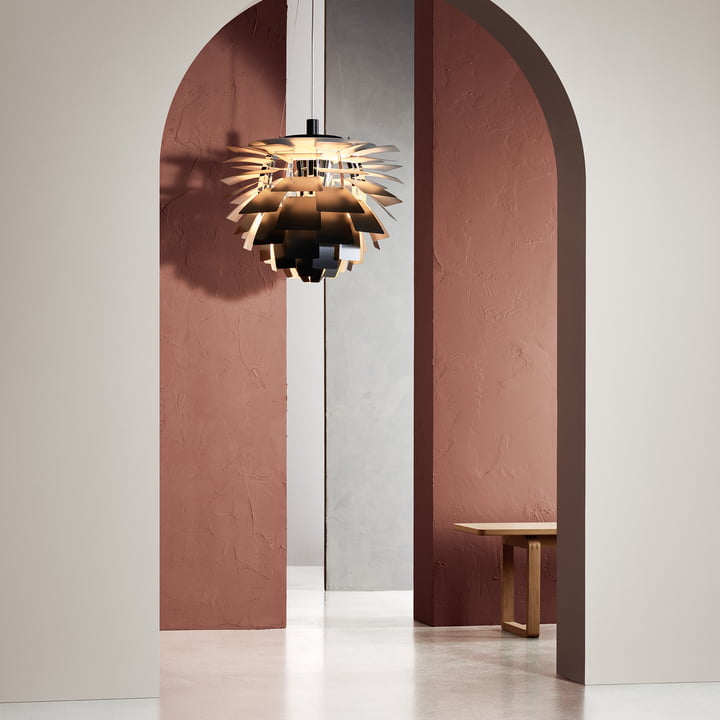 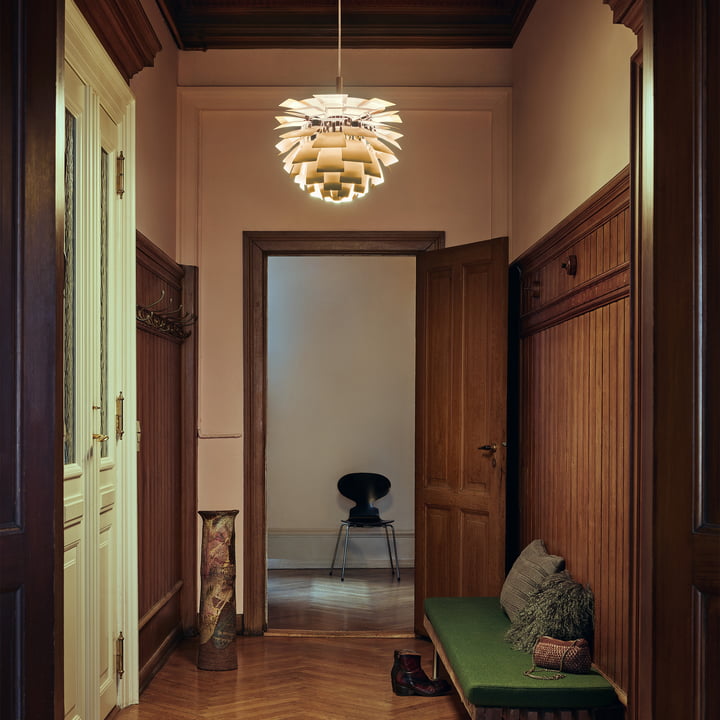 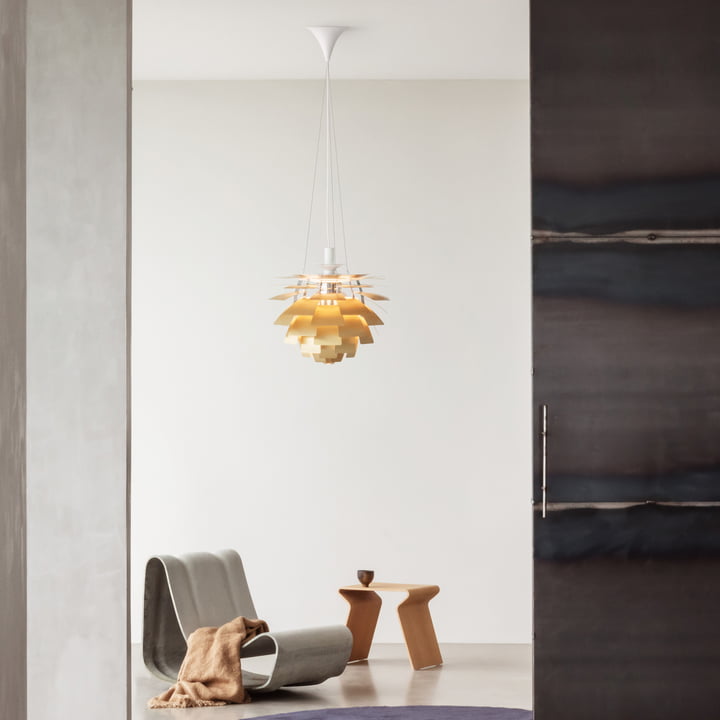 Pendant lamp in the shape of a cone

The PH Artichoke is a classic masterpiece created by Poul Henningsen in 1958. Henningsen is considered one of the leading figures of artistic life in the period between the two world wars. Already during his lifetime, his designs were produced by Louis Poulsen , which has not changed until today.

Almost as popular and without doubt just as stylistically confident as Henningsen's best-known work, the PH pendant lamp, is the Artichoke with its structure of twelve steel arches. On it are placed 72 leaves in twelve circular rows of six leaves each, which in combination resemble the shape of a cone.

As each row is shifted to the previous one, all 72 leaves can "cover" each other, creating an all-around glare-free luminaire whose light source remains hidden from any perspective. The light is transmitted and reflected onto the leaves below, creating a distinct, unique illumination. The first Artichokes were developed for a restaurant in Copenhagen called Langelinie Pavilion - and they still hang there today.

Poul Henningsen was born in Copenhagen, the son of the famous Danish actress Agnes Henningsen. He did not graduate as an architect, but studied at the Frederiksberg Technical School from 1911-1914 and then at the Technical College in Copenhagen from 1914-17. He also began to apply traditional functionalist architecture. However, his professional interest soon focused mainly on lighting design - and that is what he is famous for.