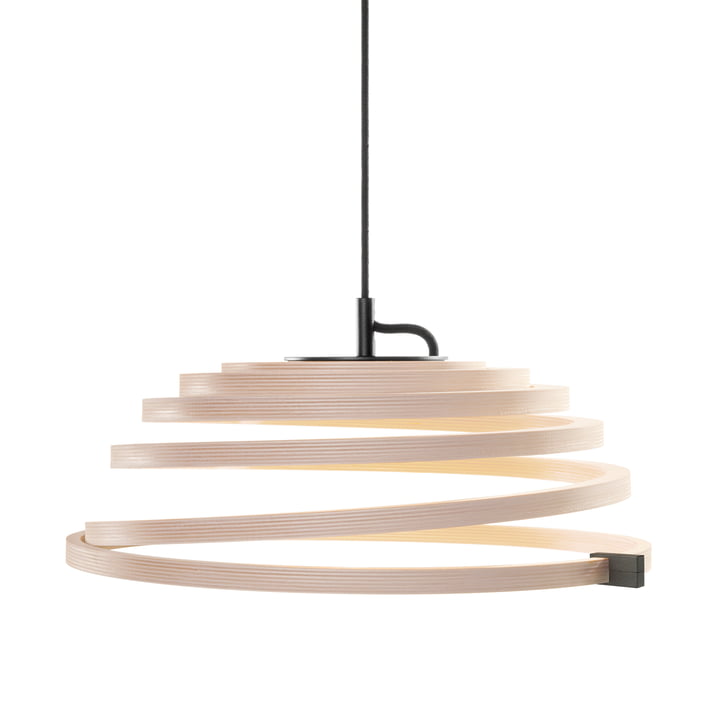 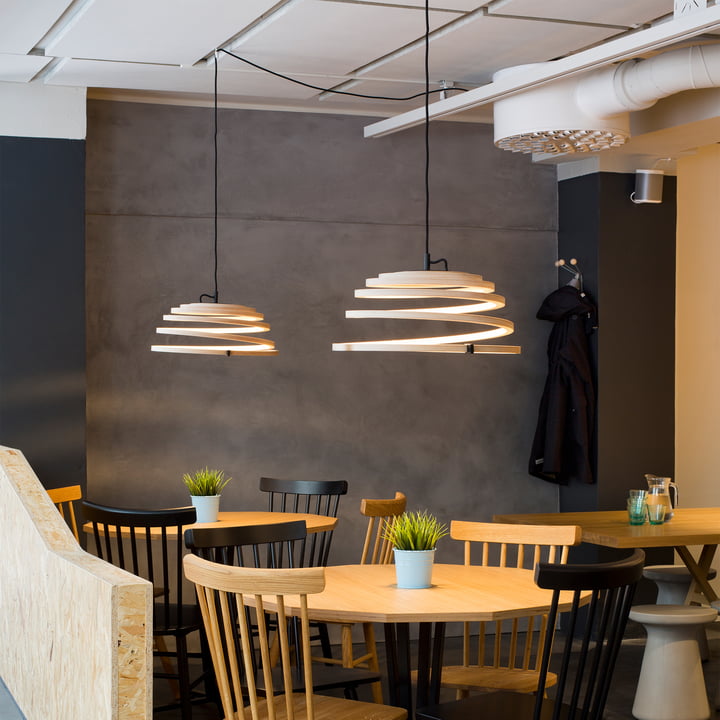 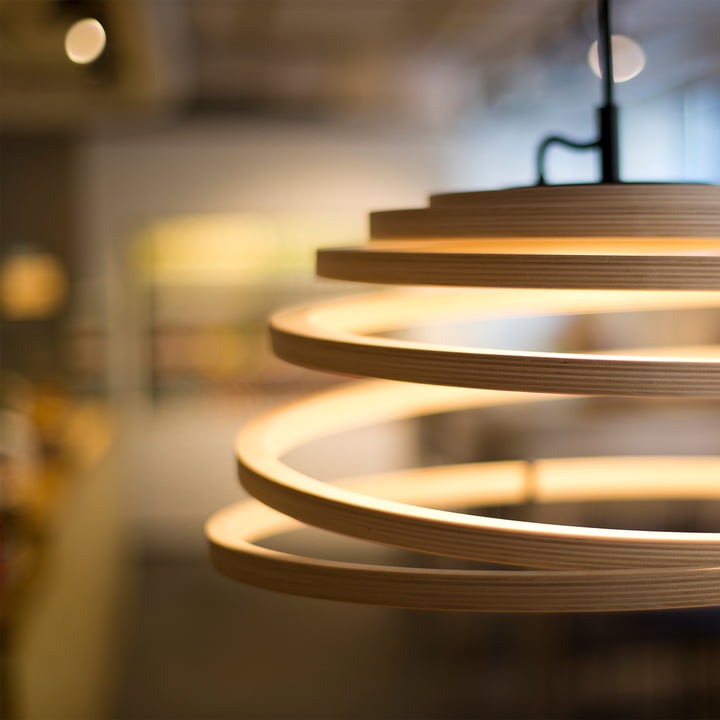 The Aspiro LED pendant luminaire from Secto was designed by Seppo Koho and convinces with its playful spiral shape, which gives it a certain dynamism and makes itself wonderful on the ceiling. Arranged above the dining table in the living room or the desk in the study, the luminaire in the form of a spiral provides both an eye-catcher and a downward light distribution.

Made of moulded birch wood with textile cable

The Aspiro LED pendant luminaire is handcrafted from compression moulded birch wood in Finland. All Secto luminaires are equipped with a Holo sticker, which guarantees the customer an original Secto luminaire. The textile cable, which is available in various colours, also makes the spiral-shaped luminaire a special object in the ambience.