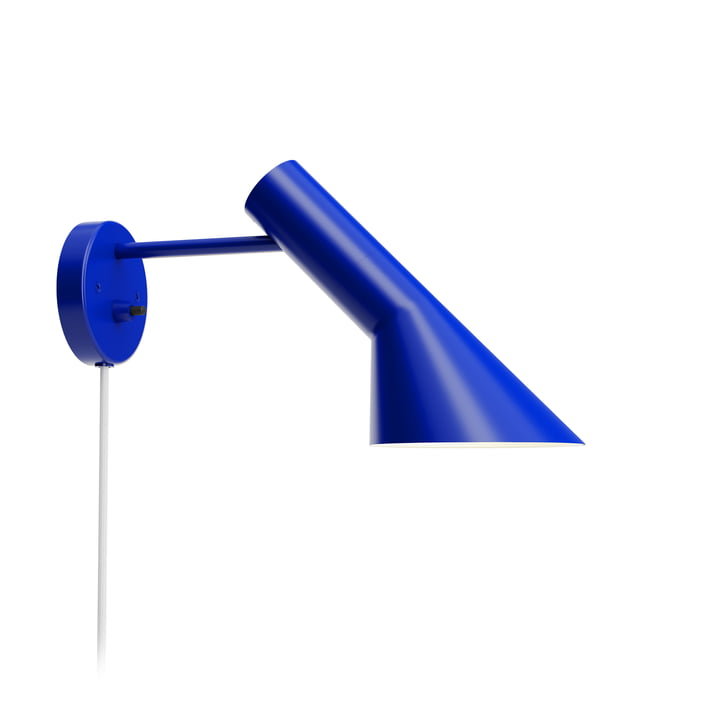 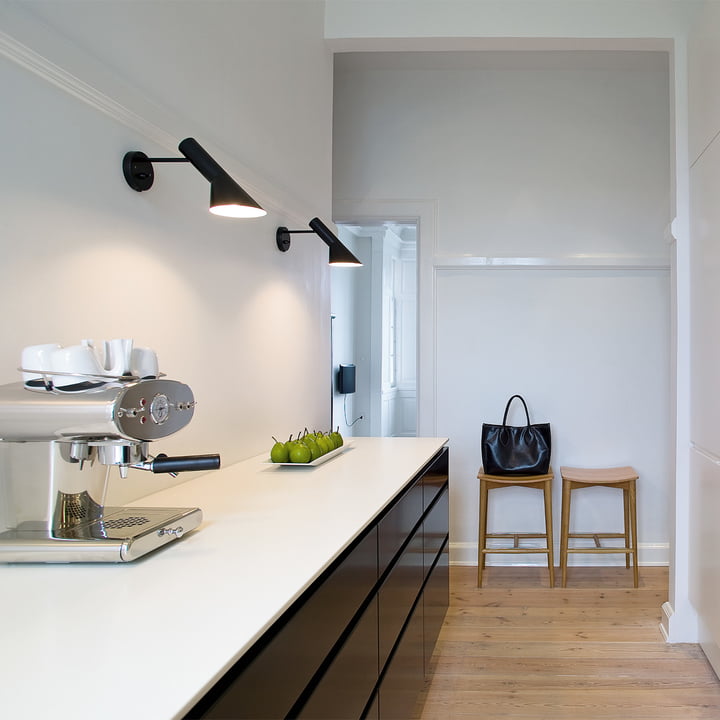 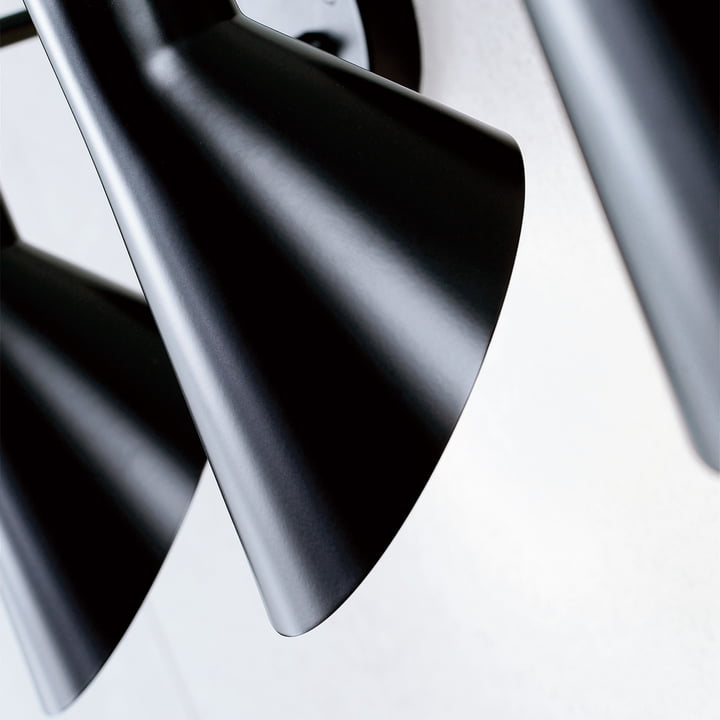 The AJ wall lamp was designed by Danish design icon Arne Jacobsen for the Radisson SAS Royal Hotel in Copenhagen, which was inaugurated in 1960. Arne Jacobsen not only created the building, he also designed the entire interior, including furniture, cutlery, textiles and lighting, creating one of the world's first design hotels.

The AJ wall lamp is based on the same principles as the AJ floor lamp. However, the shade has been enlarged for better use as a work lamp. The standard lamp consists of a lamp holder in an enamelled brass tube. A tilting mechanism is integrated in the tube.

The inside of the shade of the AJ wall lamp by Luis Poulsen is enamelled matt white. The shielding of the bulb is efficient, you cannot look into the light source. If you use a clear incandescent lamp, the light is best used and the light rays are clearly defined.

The luminaire by Arne Jacobsen stands out with its unusual, swivelling and rotating shade, whose asymmetrical shape distributes the light accordingly. The AJ wall lamp - a classic of the modern age.

The pressure switch is located on the wall box.