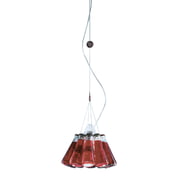 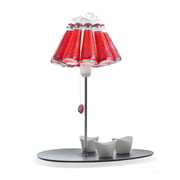 Raffaele Celentano was born in 1962 in Sorrento. It is in this same city that he shot his first photographs that will lead him to a career as a professional photographer. After completing his post-graduate work in literature and philosophy in Naples, he began working as a teacher.

In 1986, he moved to Munich and taught Italian linguistics. It is only during his spare time that he partakes in the pleasures of his camera, which he shall not put aside from 1991 on. Here, the life changing catalyst is a photo contest in which he was awarded first prize; thus, beginning the career that he was destined to pursue.

In the following years, Asia became his favourite shooting grounds. The resulting pictures were widely published in renowned international magazines. The photojournalism and travel photography agency, Laif, invited him to join their team in 1988 and experienced a great success through his photographs, which eventually became the highest published in the agency.

Raffaele exclusively uses 35mm cameras and fast black and white films. He believes in composing his photographs within the viewfinder, and not in the darkroom. In order to respect this ideal, most of his works are printed in large format and are not subject to further manipulations. Therefore, he insists that his prints are not cropped and include a small portion of the unexposed negative around the image, resulting in a thin black border.

Since 2004, he hosts photography workshops in Italy where he shares his methods and techniques. The opening of his Munich gallery in 2006 (his adopted hometown), during the explosion of digital photography, allows the photographer to stay close to his public and true to his philosophy.

Raffaele Celentano also worked in product-design and he designed the Campari Light Pendant Lamp for the manufacturer Ingo Maurer.