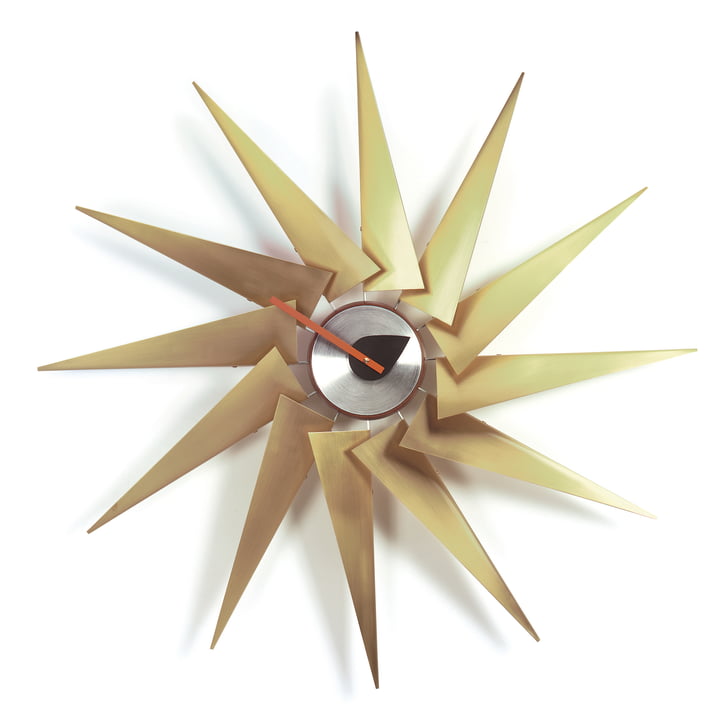 The Turbine Clock was designed by George Nelson in 1957. It is one of the well-known clocks by the designer that Vitra is presenting under the name Wall Clocks. The Turbine Clock by Vitra is a loyal reinterpretation of the clock and is made of brass and aluminium. It possesses a high-quality quartz movement.

Available in a variety of materials and sculptural shapes, George Nelson clocks truly embody the spirit of the 1950s. His clocks are still a refreshing alternative to conventional timekeepers, even today.

The architect George Nelson is considered one of the most important and influential personalities of American design. On top of his work as an architect, designer and exposition designer, his comprehensive media work left a mark on international design and architecture discourse for decades.

Vitra has produced and distributed some of his designs since 1957, at first under licence. In 1984 Vitra acquired the exclusive rights for Europe and the Middle East. In the last few years, the collection has expanded with a few designs.