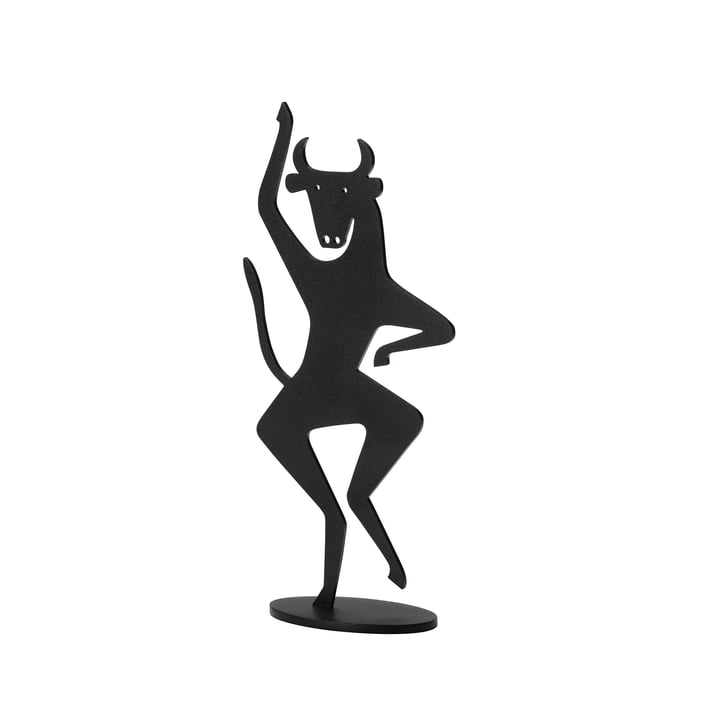 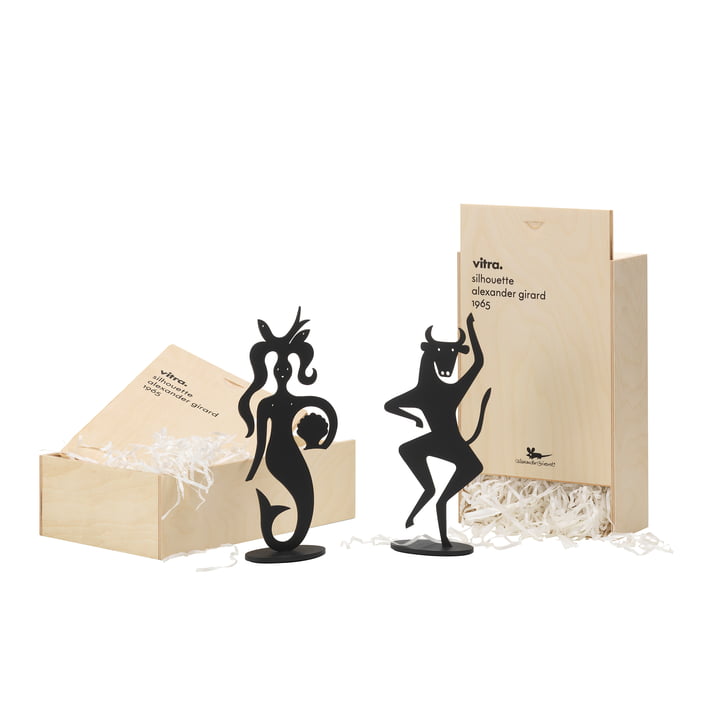 The Silhouette Figures by Vitra are a design by American designer Alexander Girard and were originally created in 1965 for the New York restaurant 'La Reserve'. The figures in silhouette look were to be placed as expressive dividers between the table and at the same time create a special atmosphere in the room.

Unfortunately, the restaurant never became a reality, but Alexander Girard's plans and sketches have been preserved and are now exhibited in the Vitra Museum. Together with Girard's family, Vitra has now decided to have his designs produced over 50 years later and to bring the silhouettes to life. With the figures Bull and Mermaid extravagant accents can be set also in the domestic four walls. The figures in abstract design are made of lacquered metal.