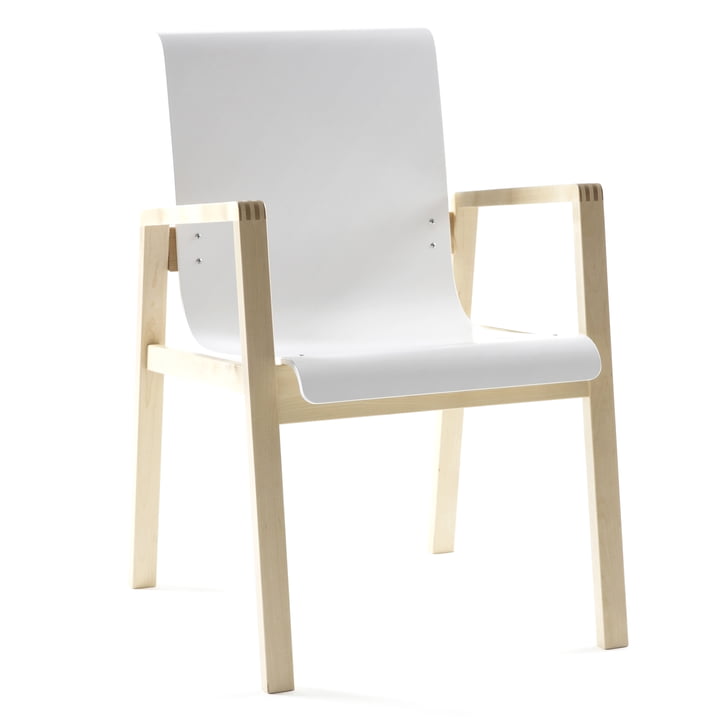 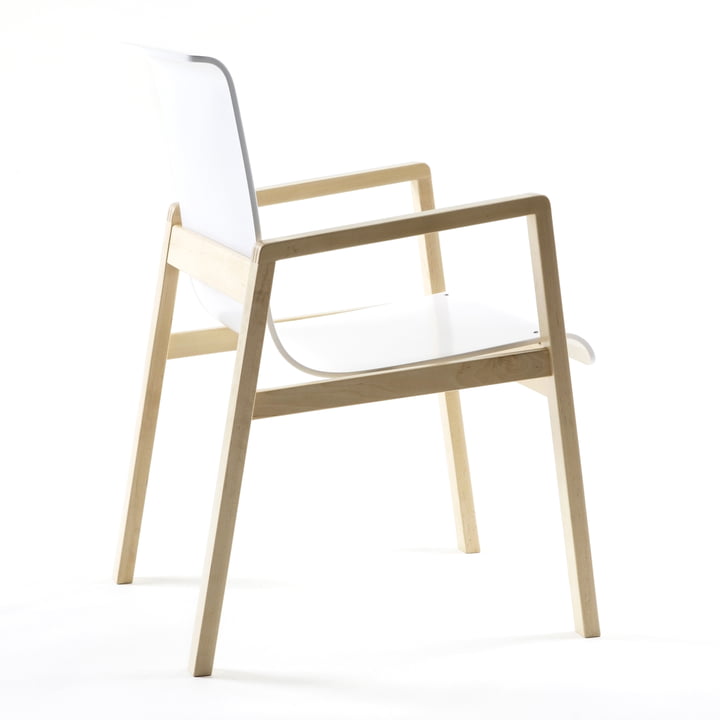 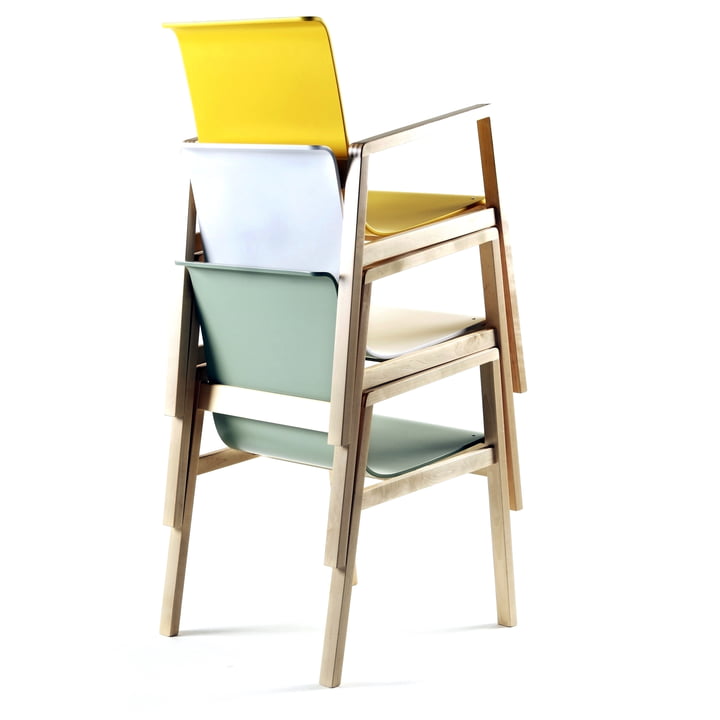 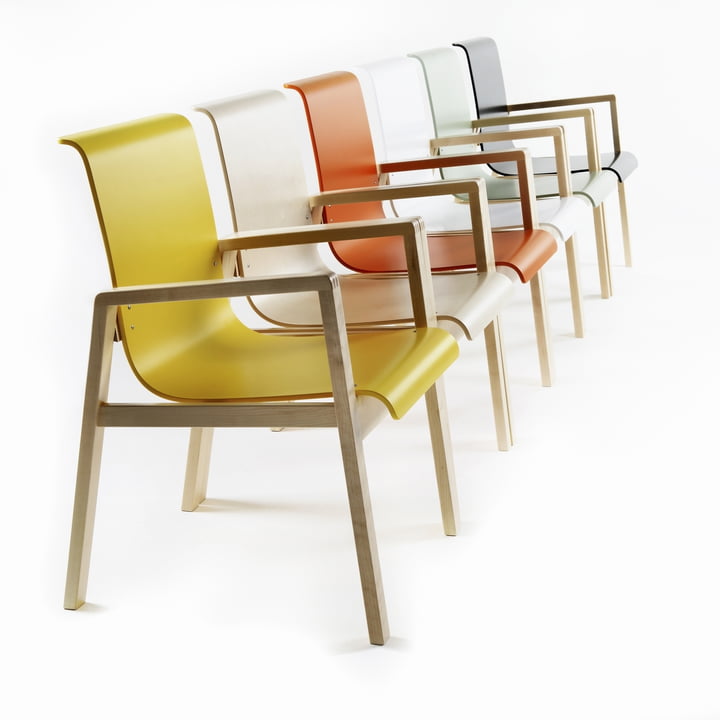 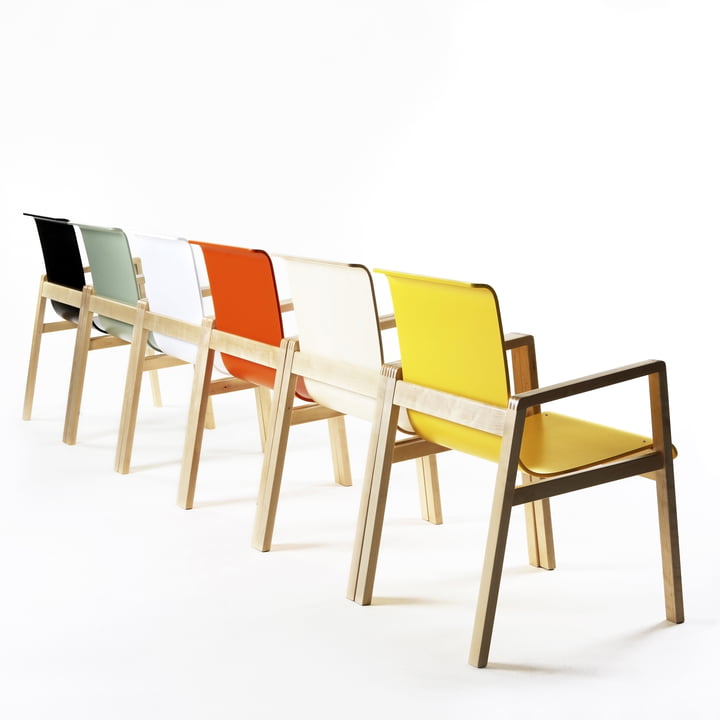 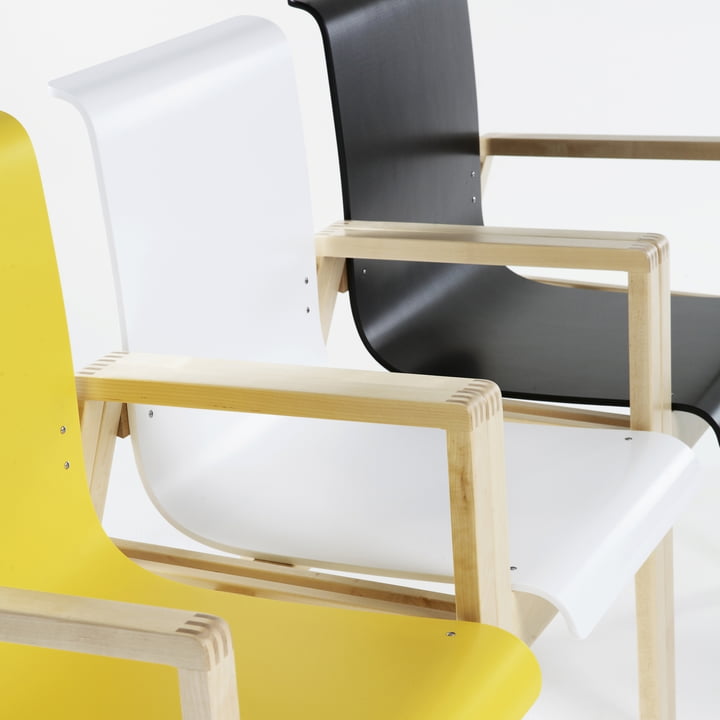 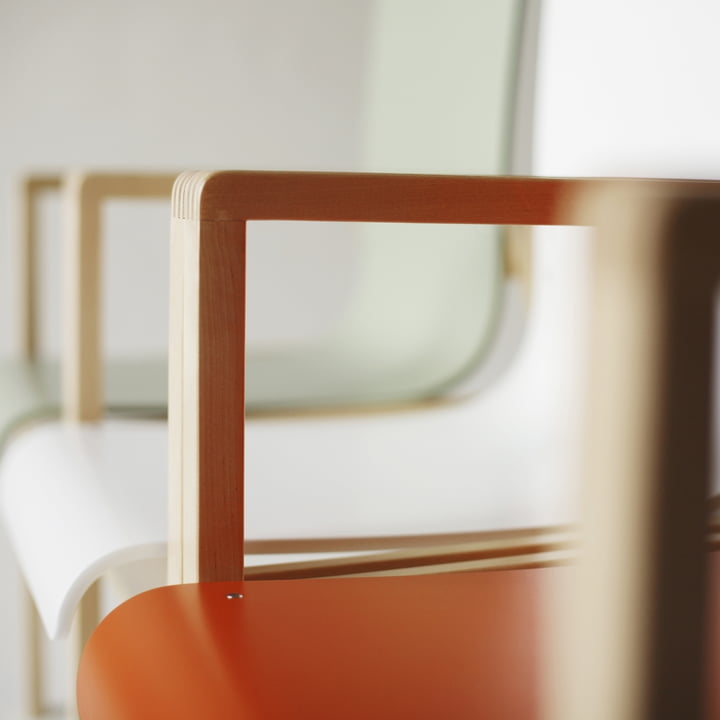 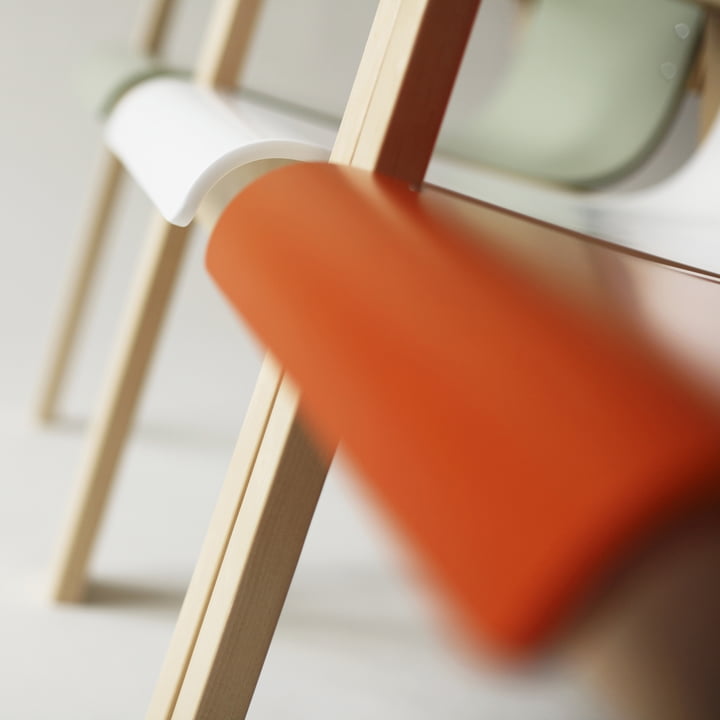 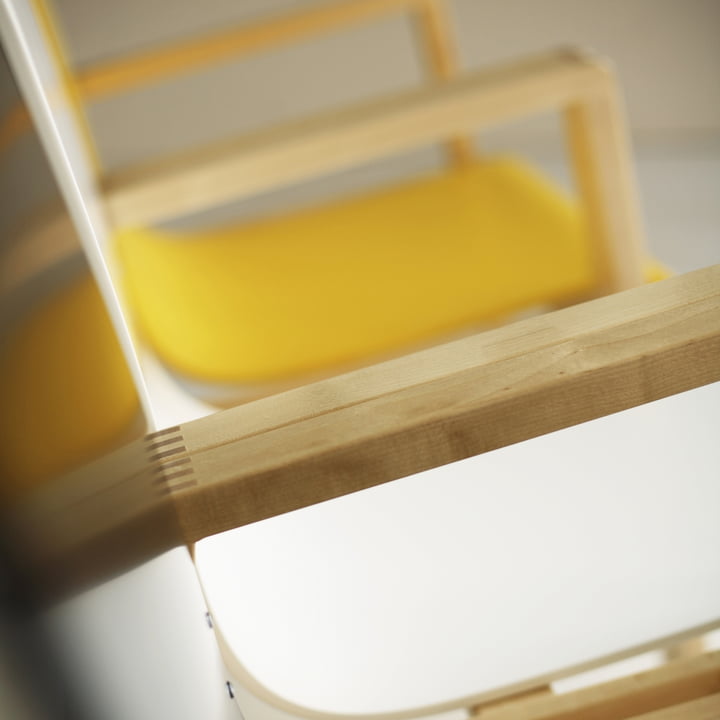 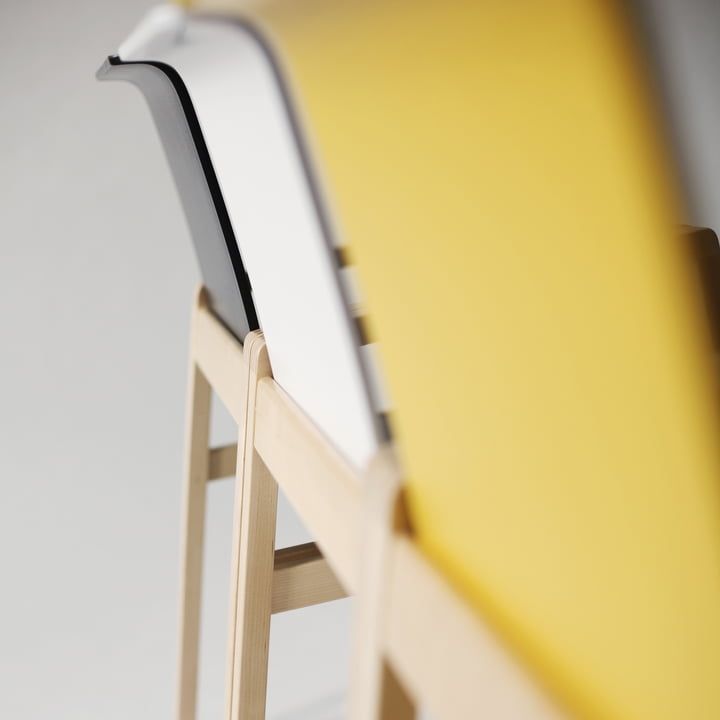 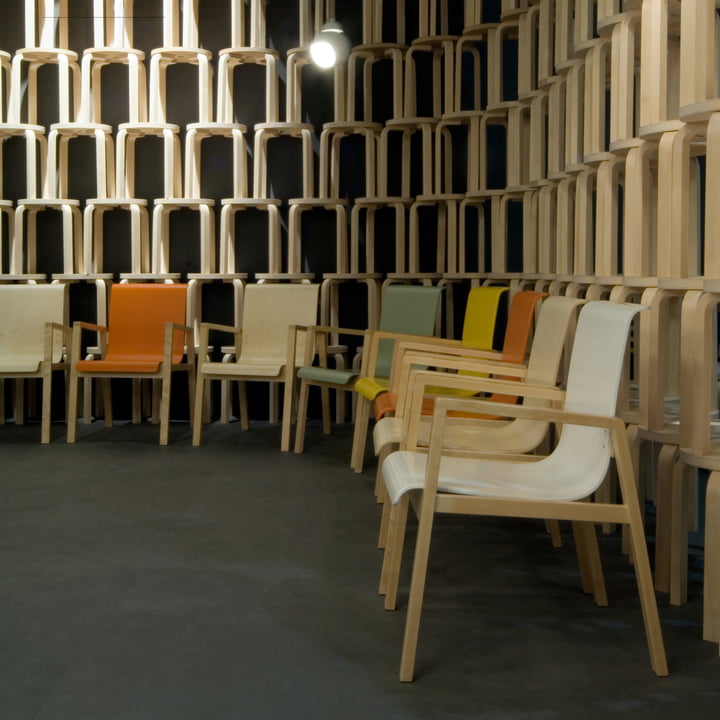 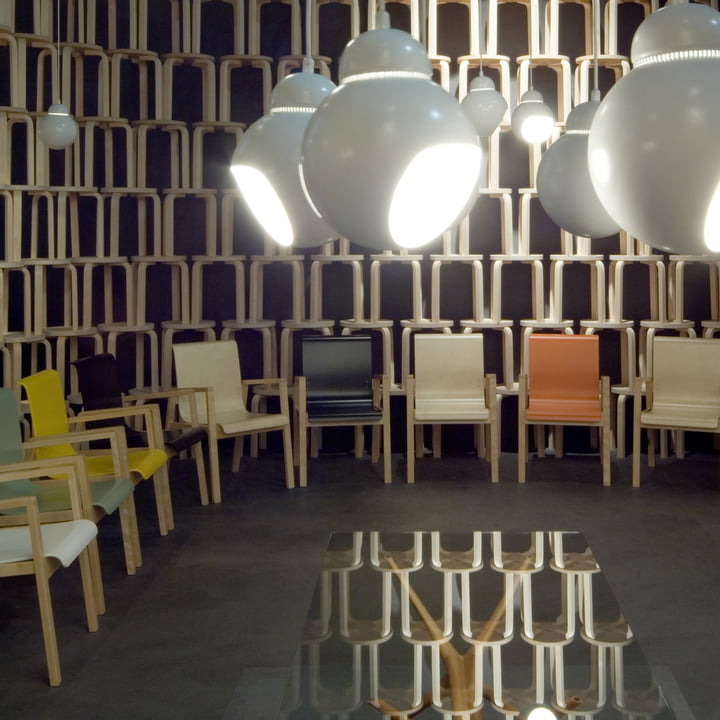 The Hallway armchair 403 was designed by Alvar Aalto in 1932. The classic armchair for private and public spaces is produced by the Finnish company Artek .

The 403 Hallway armchair by Artek has a frame of clear lacquered birch. The seat is made of moulded birch plywood. The chair is available in different colours. In addition, the Hallway armchair is stackable, so that it can be stored space-saving, should it not be used.

The design of the Hallway armchair is such that several copies can be combined with each other. The angular wooden construction allows several armchairs to be put together seamlessly without any gaps or breaks being visible. Therefore, the 403 Hallway armchair is not only suitable for private rooms, but also for entrance areas, practices and law firms or offices.

The system character of the armchair is rooted in its creation: Alvar Aalto originally designed the 403 Hallway armchair for a competition to design the tuberculosis sanatorium in Paimio. The 403 armchair was to be placed in the patients' rooms in colourful variations. Alvar and his wife Aino Aalto won the competition and the 403 was initially produced in turquoise and orange-red.

To clean its wooden products, the manufacturer Artek recommends a damp cloth. Soapy water can also be used if necessary. Finally, the product should be rubbed well dry with a dry cloth. Black marks on feet can be removed with an ordinary eraser.