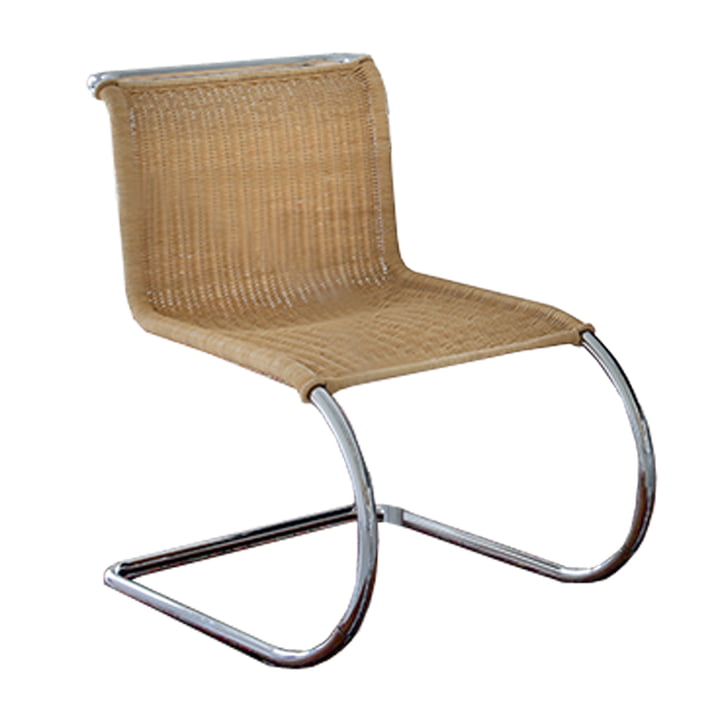 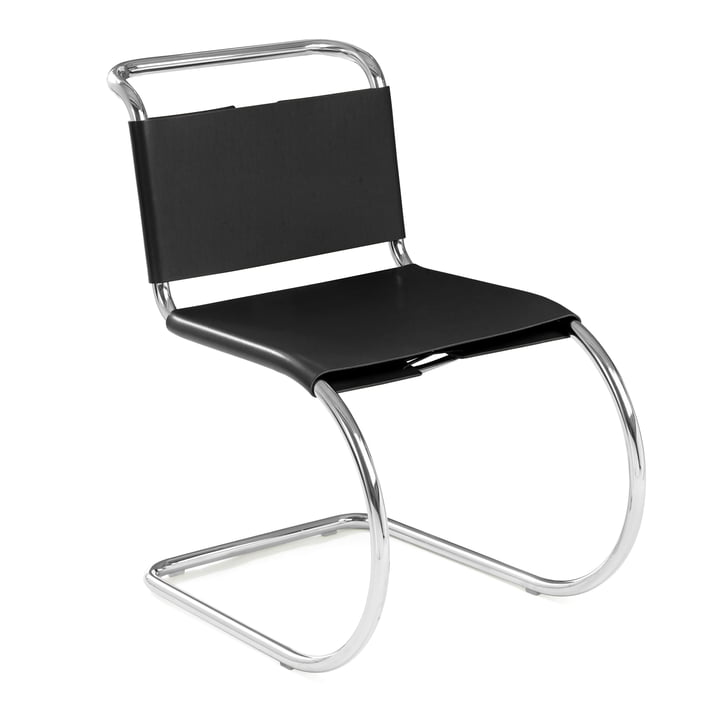 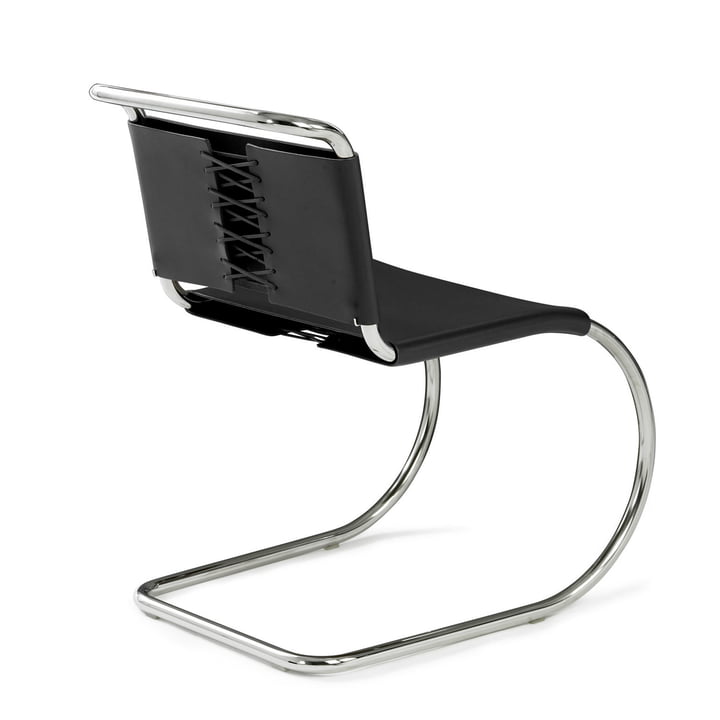 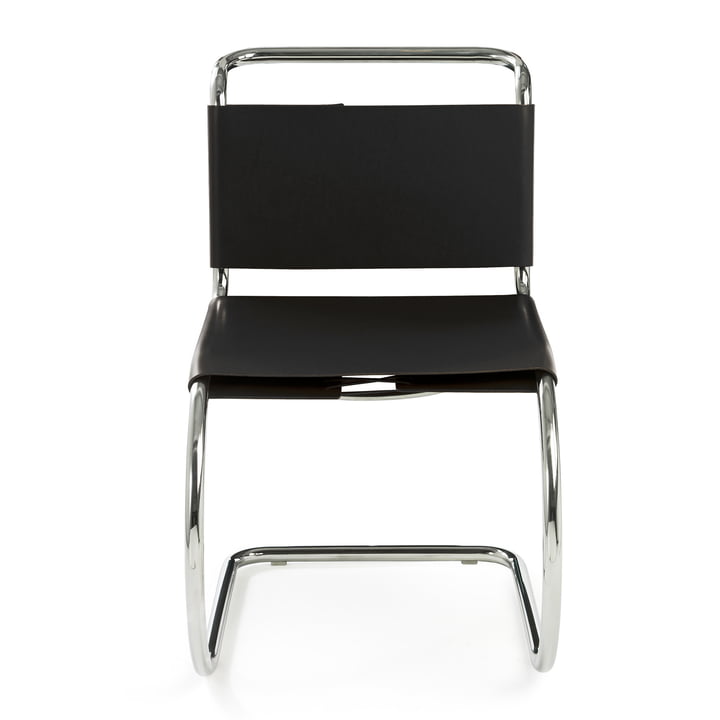 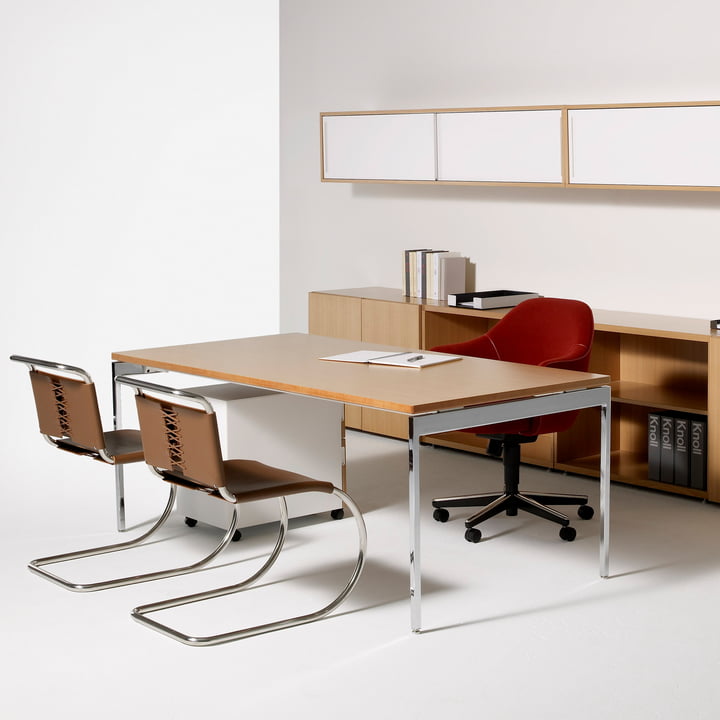 The legendary MR side chair by Knoll represents the soon steel designs of Ludwig Mies van der Rohe. The material was inspired by the Bauhaus master Marcel Breuer, whose shaping became a modern derivation from the iron cantilevers of the 19th century.

In about 1927 Mies van der Rohe created his MR cantilever and entered the history of furniture design with it. Even if Mart Stam is the creator of the first cantilever chair out of steel, it is the MR which revolutionized this chair with its aesthetical uncompromising look.

Mies van der Rohe’s idea might have emerged when Mart Stam explained his idea of a chair without backrest during a meeting of the German Werkbund. Mies van der Rohe soon started working and replaced the right angle of the frame by a completed, swung edge, which had better swinging qualities than edged frames and which prevented material fatigue. – the cantilever was born, which became famous as MR 10 all over the world.

Knoll produces the frame of the MR side table out of polished stainless steel, the seat is available in different editions. Plastic pads are included in the delivery of the MR chair. The MR chair by Knoll can also be ordered as MR 20 with armrests.