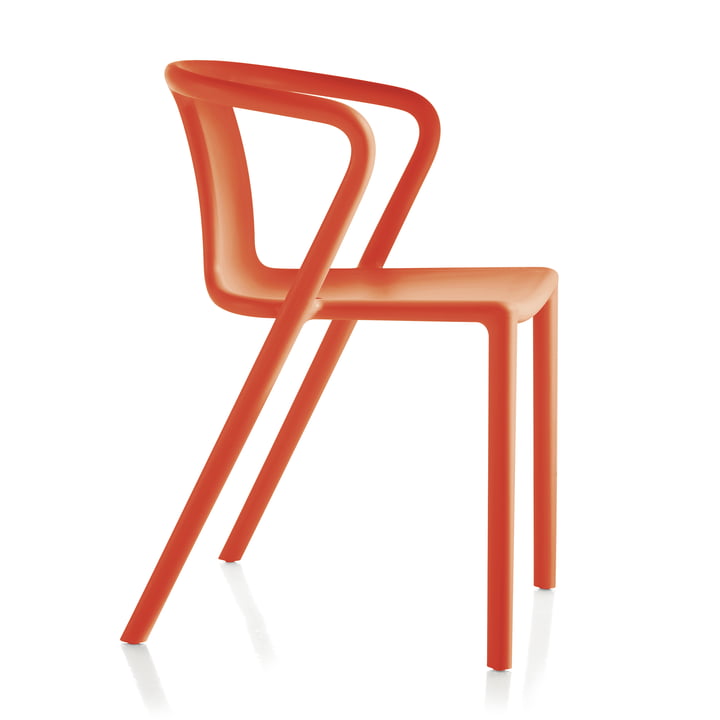 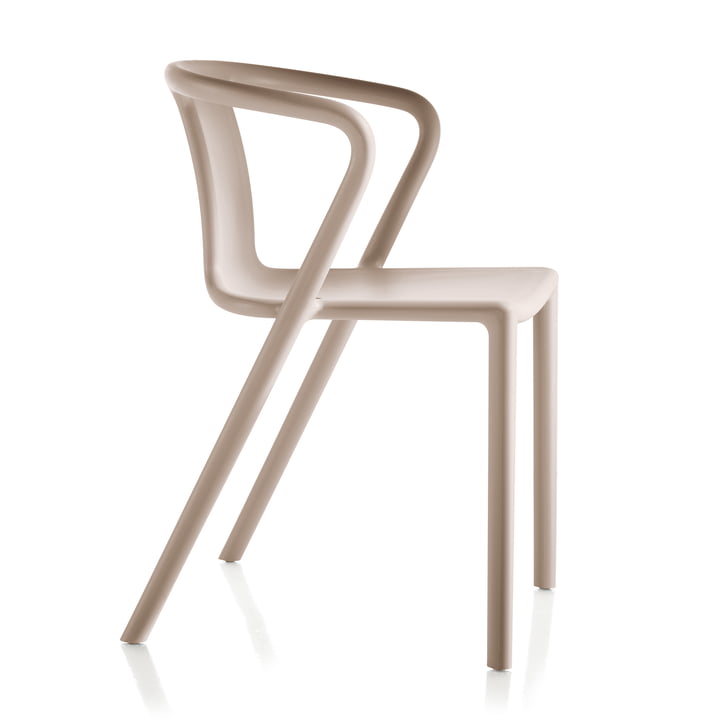 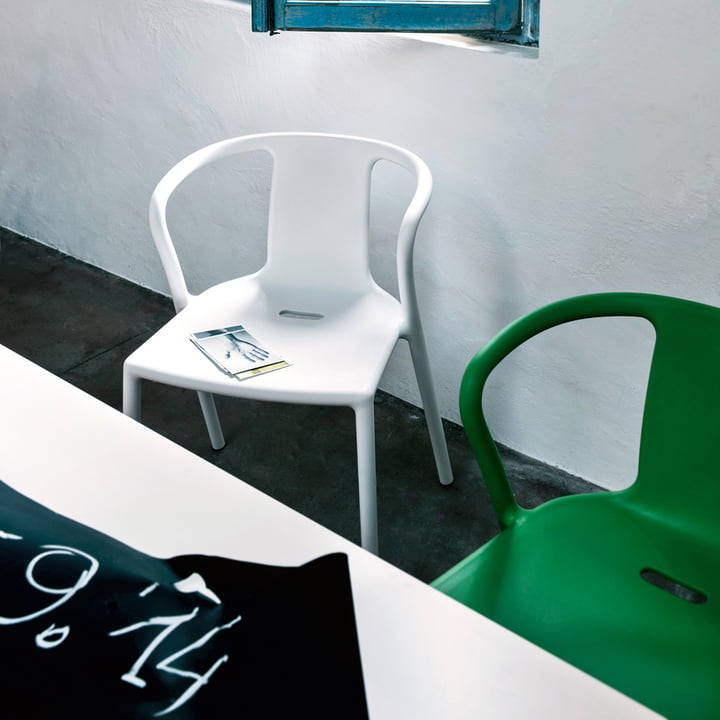 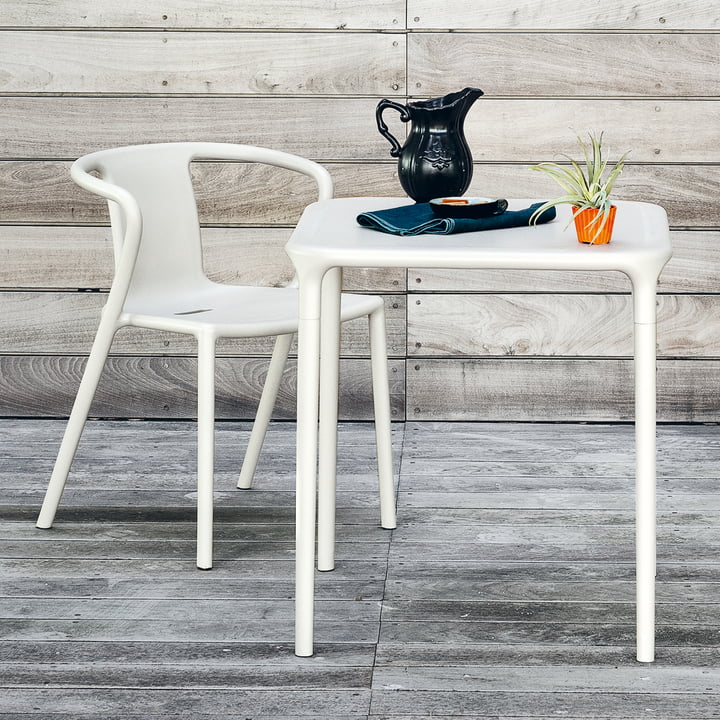 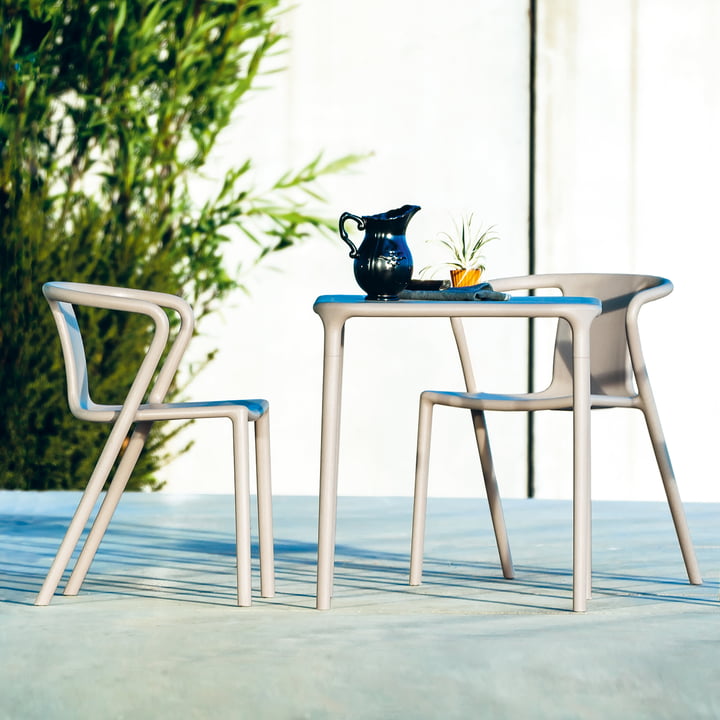 Since 2000, the design manufacturer Magis has been producing the convincingly simple Air Chair based on a design by Jasper Morrison. Six years later, the British designer and the Italian design company added the Air Chair with armrest.

Morrison's works are generally regarded as simply reduced to the essentials. The Air armchair is stackable and made of polypropylene, which is reinforced with glass fibre and processed in an elaborate gas injection process.

The armrests merge into the chair legs "in one pour", which gives the chair an uncommon lightness. This effect is intensified because this creates space on the sides that promises airy seating comfort - in keeping with its name. Due to the robust plastic material, the Air Chair can be used both inside and outside.

In addition to the colour variants listed below, the Air-Armchair is also available in other colours.