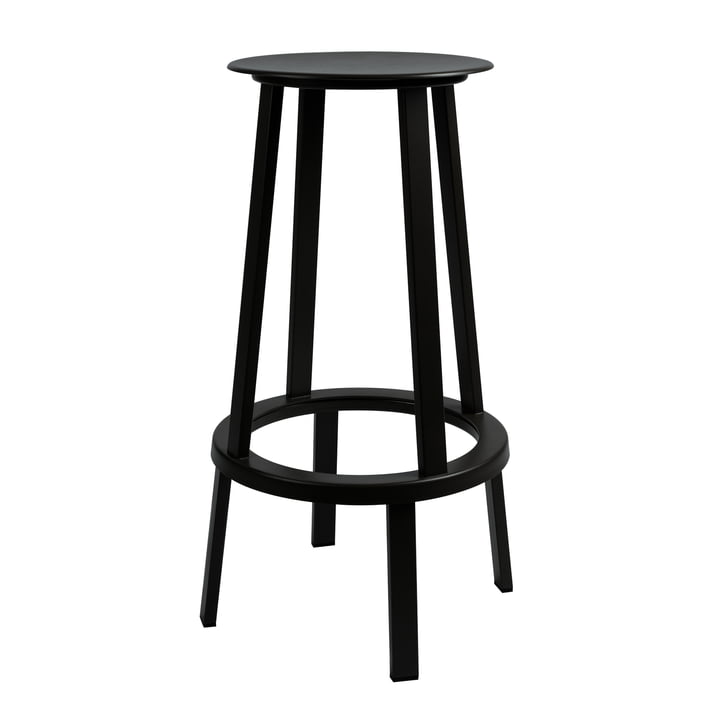 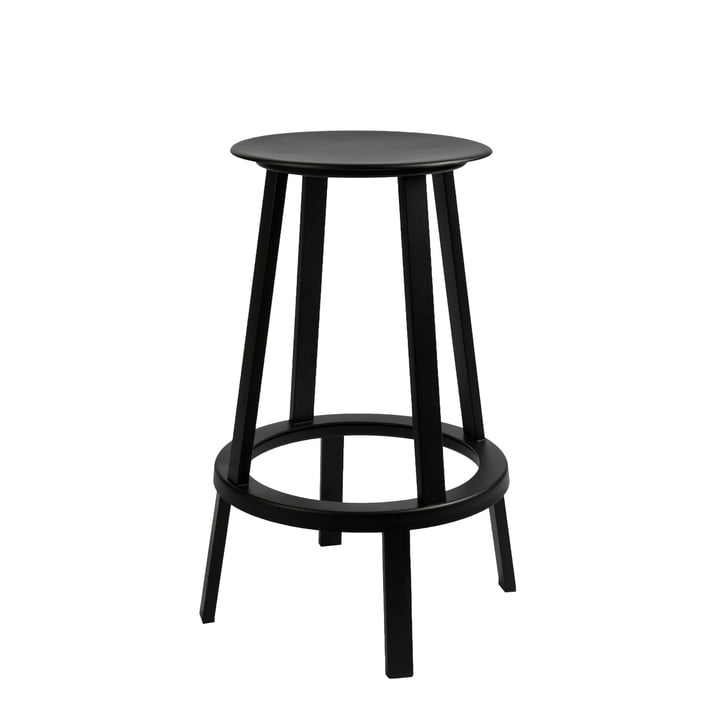 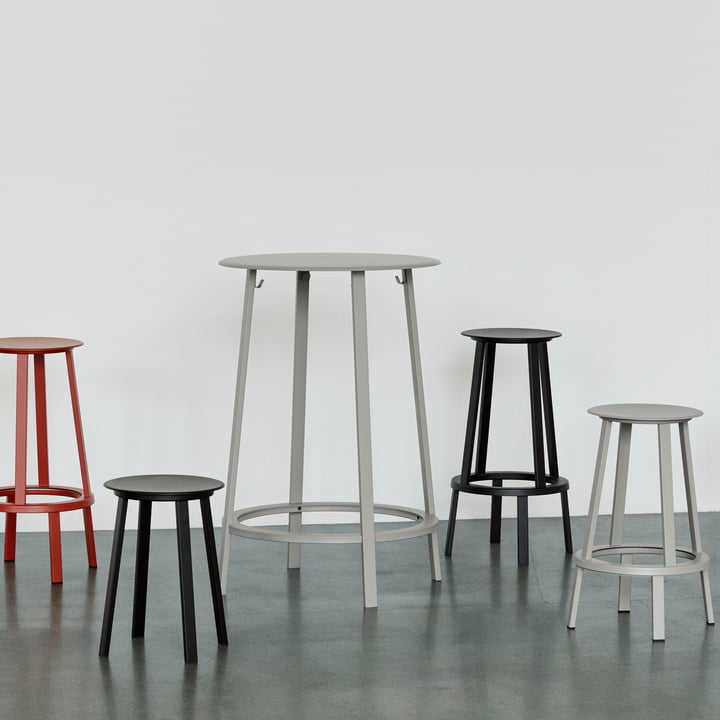 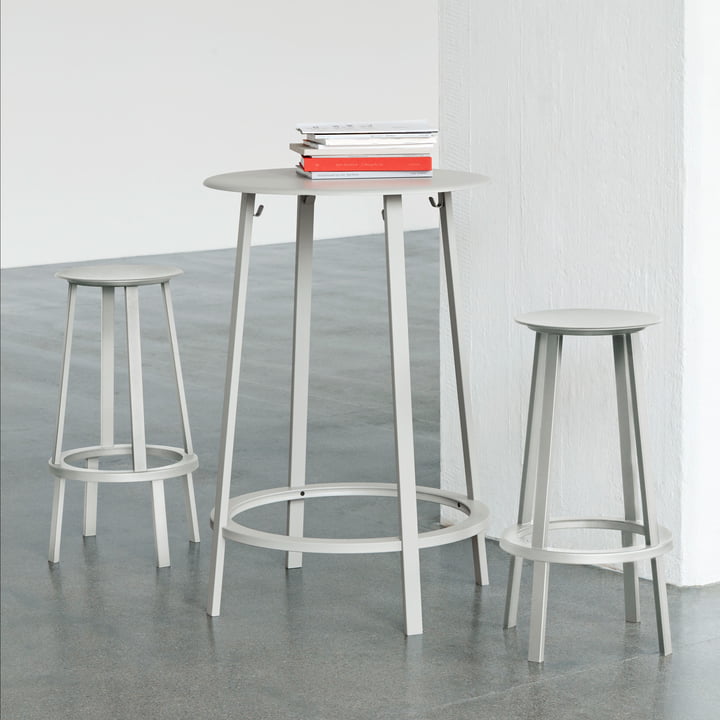 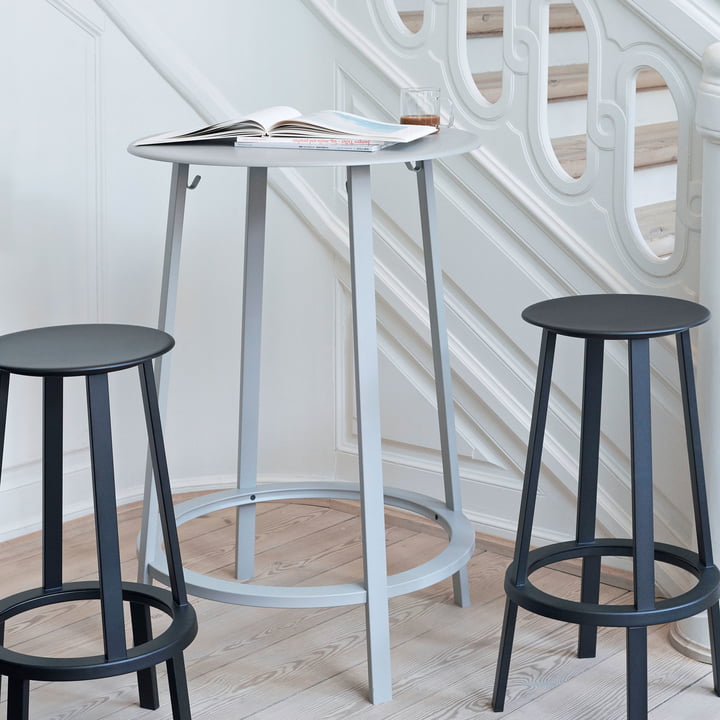 Revolver deserves its name: The barstool from Hay is able to turn 360°.

The Revolver barstool by the designer Leon Ransmeier is a classic elegant stool, which is characterized by straight lines and the finely curved seat. Moreover the barstool from Hay (and from Established & Sons before) has a surprising element: journal bearings are in the base ring. This is how the top part of the stool is rotatable around 360°, which is the origin of its name: Since the rotation of the chair reminds us of the rotation of a revolver’s magazine regarding the appearance and the sound it makes.

Besides the rotatable seat, some visual variations of the stool are possible – since the displaced struts of the turned chair give a different appeal to the chair according to their position. The barstool looks gorgeous on private and public rooms as well.

Hay produces the Revolver barstool of powder coated steel. The stool is available in two sizes and it is robust, longevity and easily cleaned because of its material.

The Hay Revolver is available in grey, red and black.