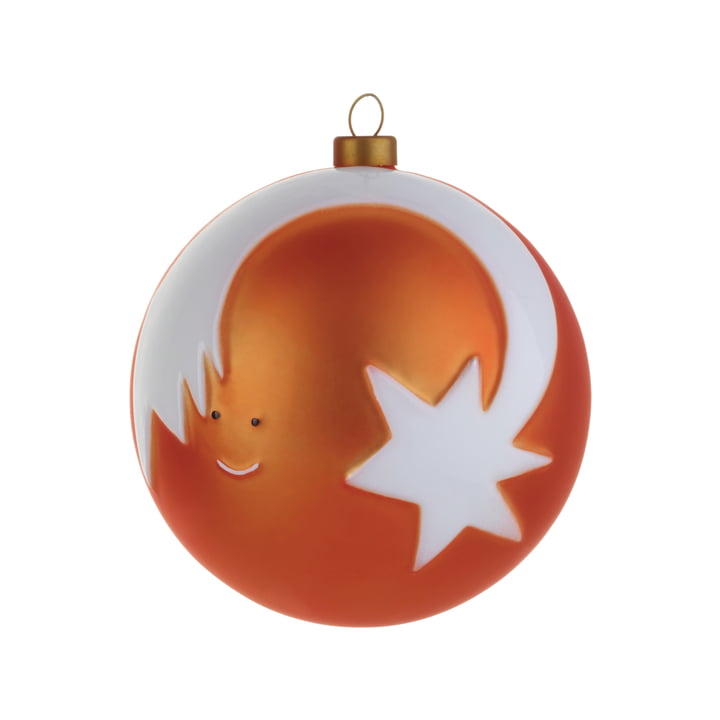 The hand-decorated Christmas Star Baubles made of mouth-blown glass are part of the Palle Presepe collection (Italian: Nativity Scene Christmas Bauble) by A di Alessi. There it represents one of the classic crib figures which enact the Nativity Scene right next to the Christmas tree.