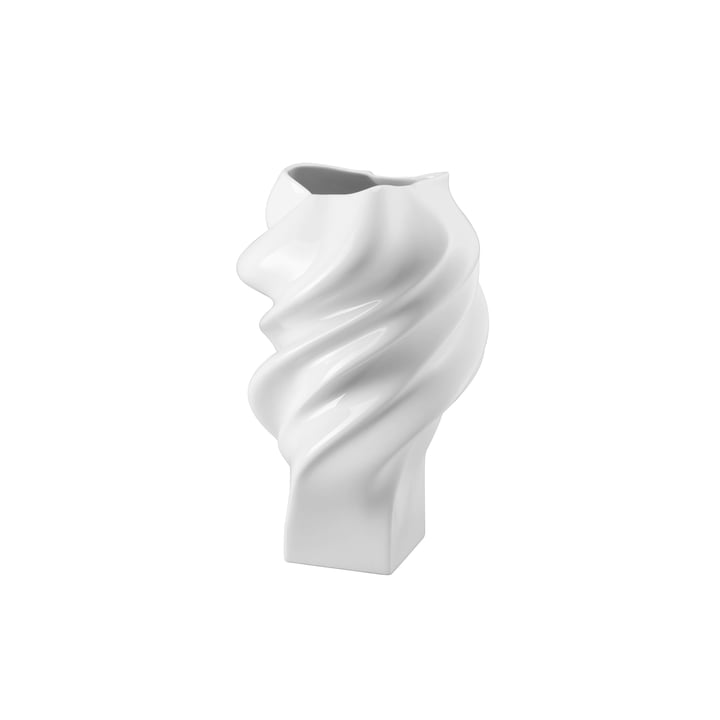 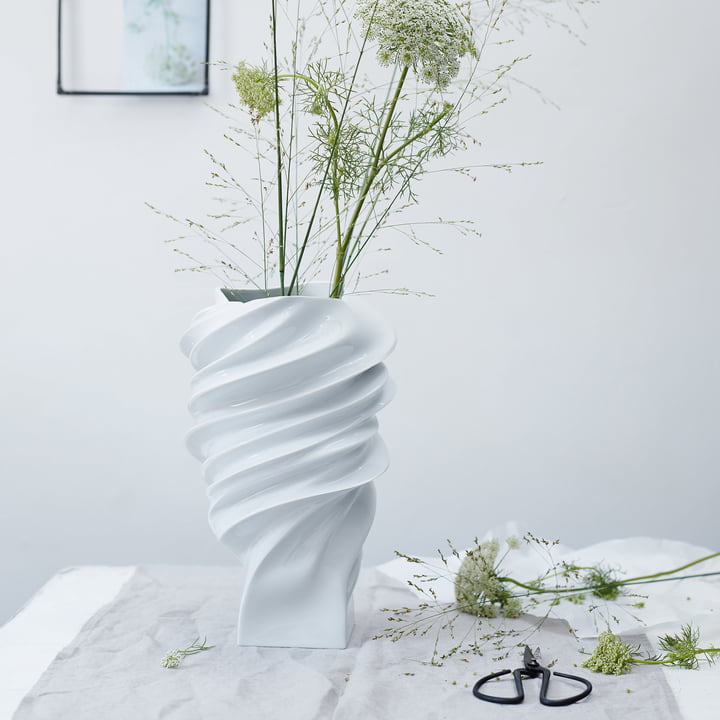 Always being fascinated by plasticity and the limits of formability, the French designer Cédric Ragot created a small series of vases which meet the idea of dynamics. In addition to the Blown Vase, the Squall Vase by Rosenthal also shows movement and dynamics in an impressive way and gives the impression of solidification. The shape is reminiscent of a cyclone or whirlpool, which seems to be frozen in the middle of the movement. The material porcelain keeps this form for eternity and makes for an absolute eye-catcher.

The squall vase works in modern as well as classical interiors and sets special highlights with its extraordinary appearance. On the kitchen table, on a window sill or the sideboard, plants and flowers can be stylishly arranged. But also standing alone, the design by Ragot feels more like a design object than like an ordinary flower vase.

The design object is available in the sizes 23cm, 32cm and 40cm, so that the vase offers enough room for both small, decorative branches as well as for large flower bouquets.