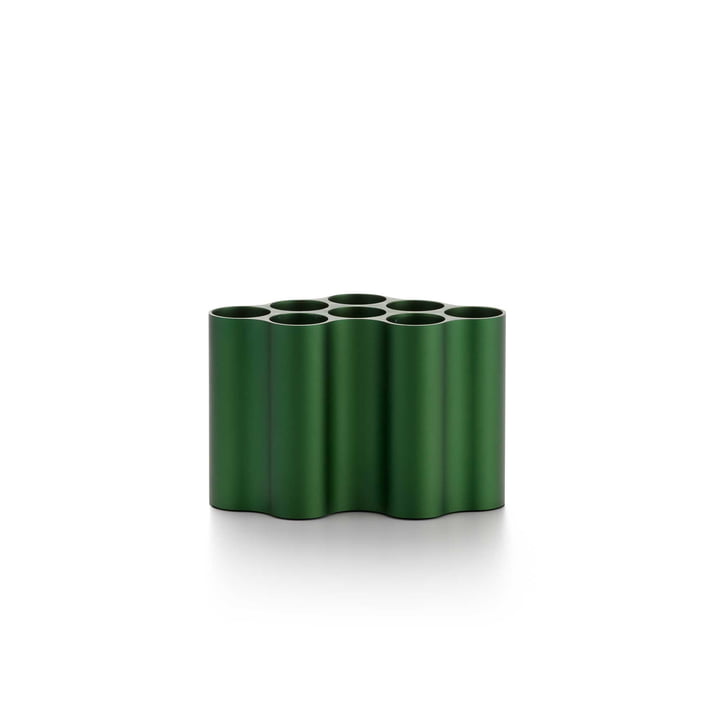 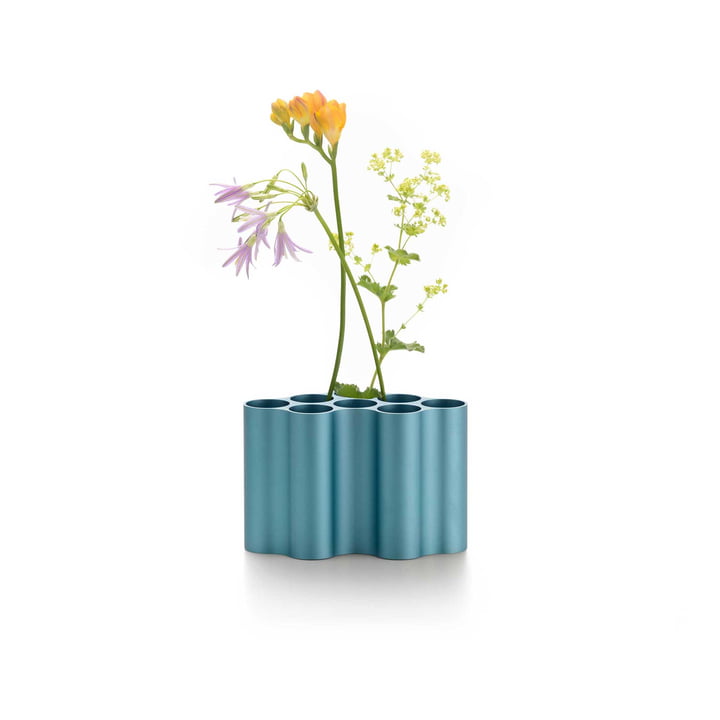 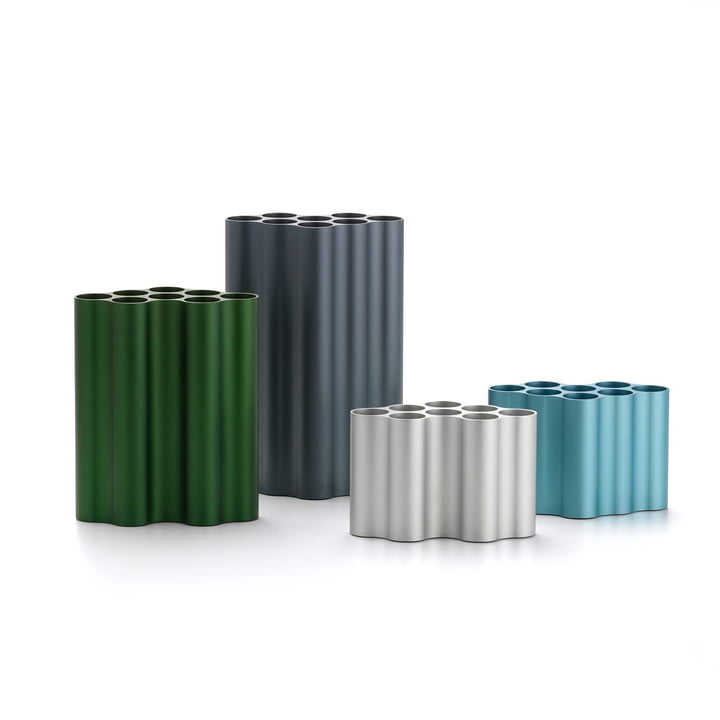 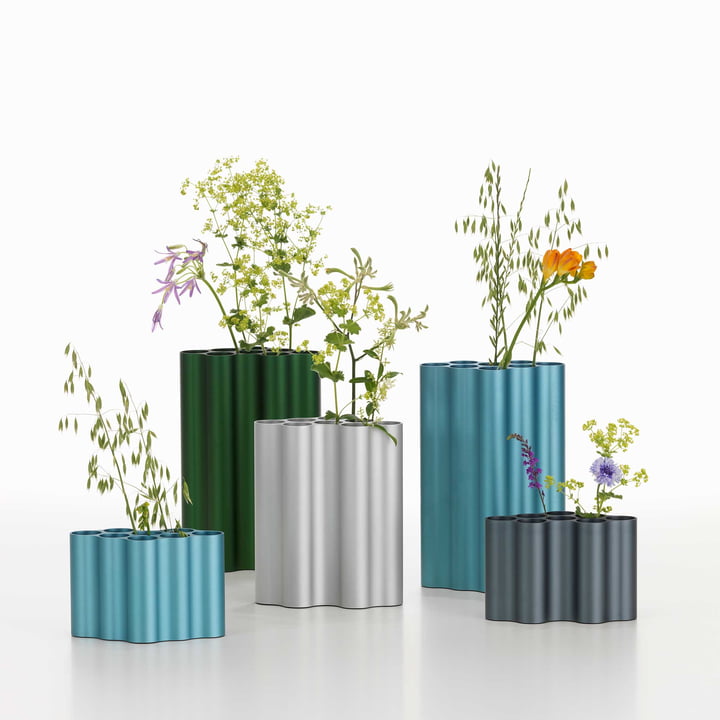 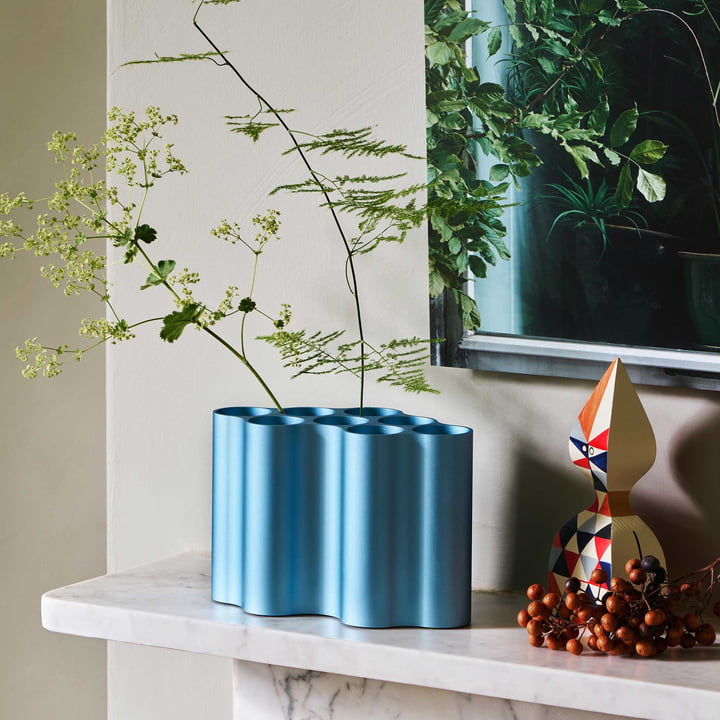 The coloured anodized vases Nuage Métallique by Ronan & Erwan Bouroullec for Vitra create a charming play of light and shadow. Thanks to the precision of their contour, they allow to be combined to whole "cloudscapes. The special feature of the vase: through the various openings, single flowers can be stylishly arranged.

The form of the Nuage vases occured in the works by Ronan and Erwan Bouroullec for the first time in 2002: as large cloud-like plastic panels that allow to be put together to organically arge compositions. Its surface is defined by eight tube-shaped cuts which together form the outer contour.

The Nuage Métallique vases by Vitra are available in various sizes and colours. The S version is especially suited for small flowers and short stems.