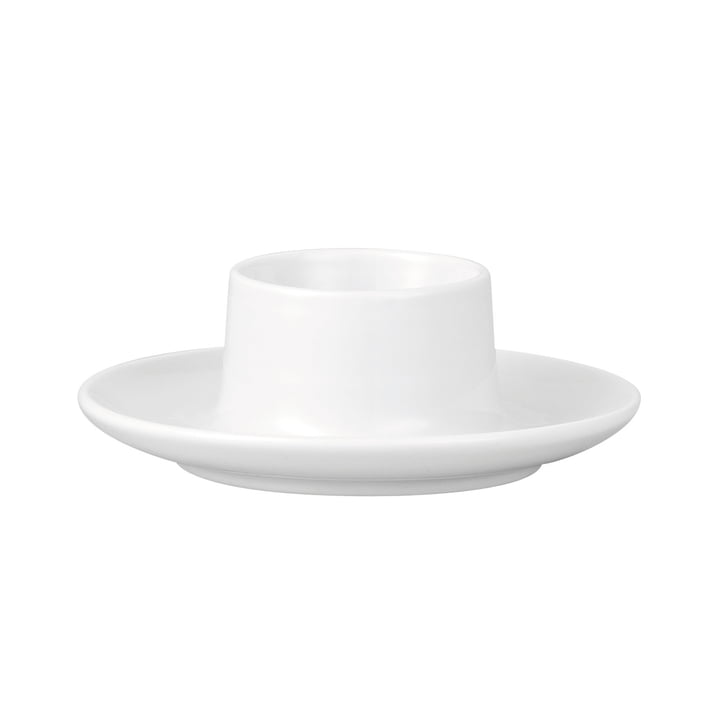 The TAC egg cup is part of the tableware series of the same name, which was designed by the world-famous founder of the Bauhaus, Walter Gropius. Gropius focused on puristic, geometric forms in his design, giving the porcelain a timeless poetry. Circle and ball function as form-giving elements, while delicate decorations with angular elements round off the design and make the tableware unmistakable.

When Rosenthal Walter Gropius launched TAC in 1969, his designs also included a formally completely independent series for the coffee table, which did not go into production. In the drawer of the product development department there were already drawings for a dinner service at that time, which followed the formal language of the successful tea set. They now served as a model for the current Rosenthal TAC Gropius tableware.

The egg cup is made of porcelain and has a fine rim on which the egg shell can be easily and practically placed. It can be perfectly Rosenthal combined with other dishes from the TAC series.