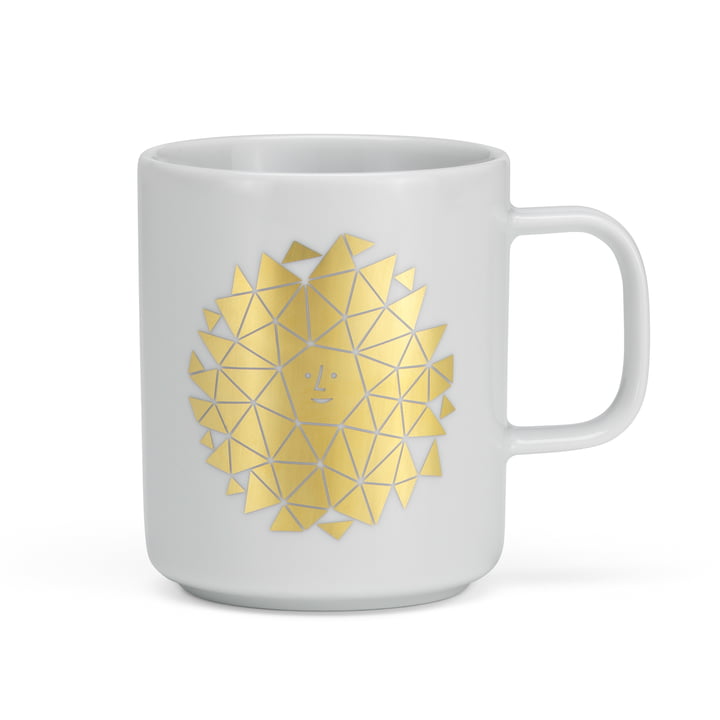 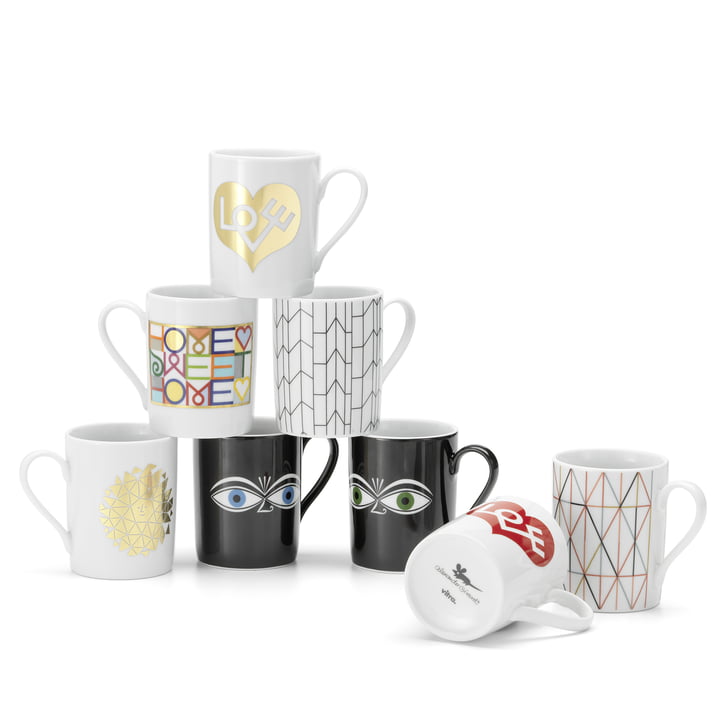 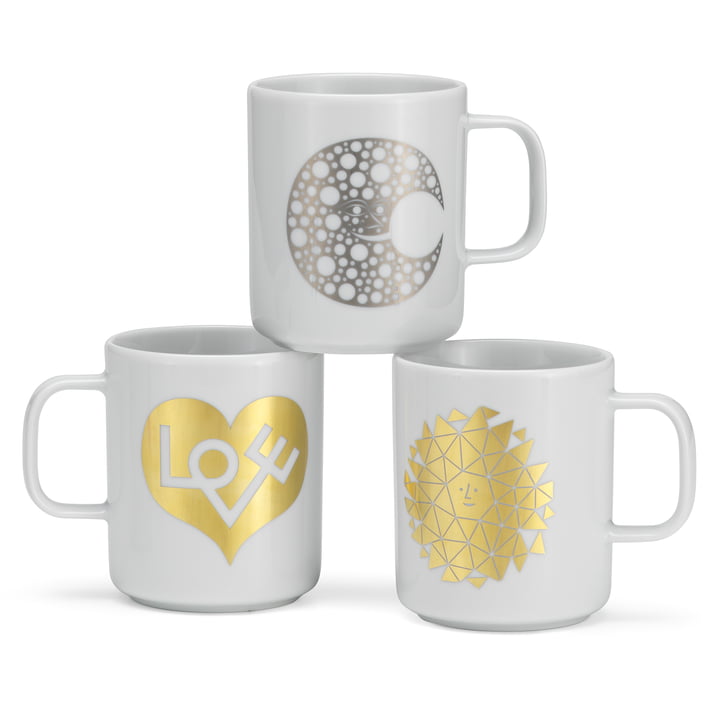 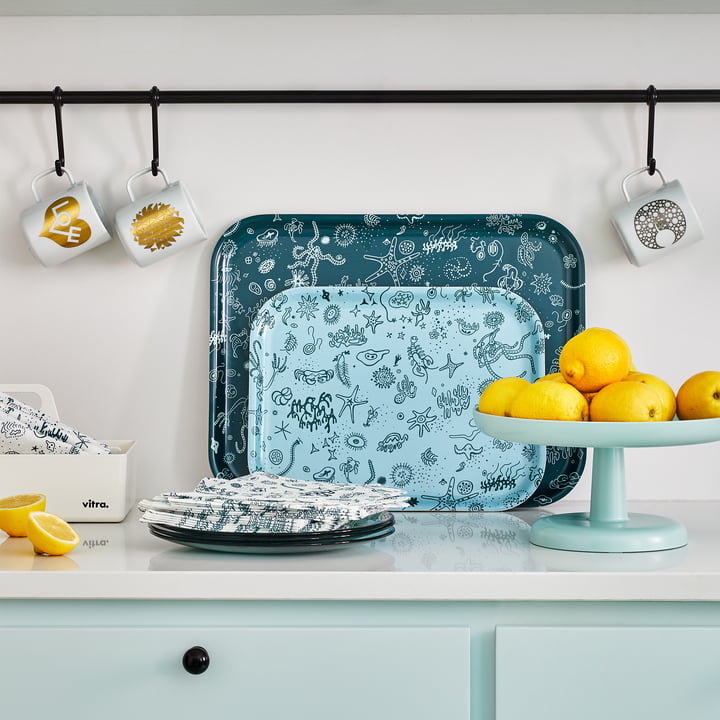 Girard has often worked as an interior designer designing restaurant furniture, not only in terms of colour and furniture, but also in terms of details such as menu cards, matchbooks, crockery and napkins. This diverse world was the starting point and inspiration for the choice of motifs for the Coffee Mugs.

Various prints decorate the stylish coffee cups and ensure a good mood with your morning coffee as well as cosy moments with a cup of tea in the afternoon. The pattern New Sun shows triangular fragments that join together to form a golden sun in a modern style.

Made of robust porcelain in a traditional manufactory, the cup is dishwasher safe and food safe. With a capacity of 300 ml it offers enough space to serve hot and cold drinks of all kinds in a tasteful way.

Designer Alexander Girard, together with George Nelson and Charles and Ray Eames, is one of the most influential figures in post-war American design. The main focus of his work was textile design, but Girard also worked as a furniture, graphic, exhibition and interior designer. Girard's work enriched the design of the 20. Century with a sensual and playful component, which modernity had previously lacked in its classical form.