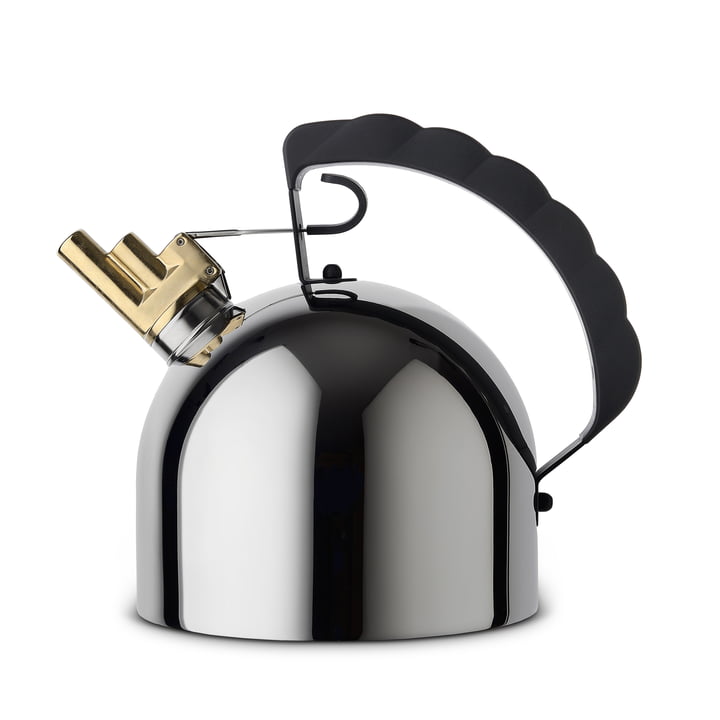 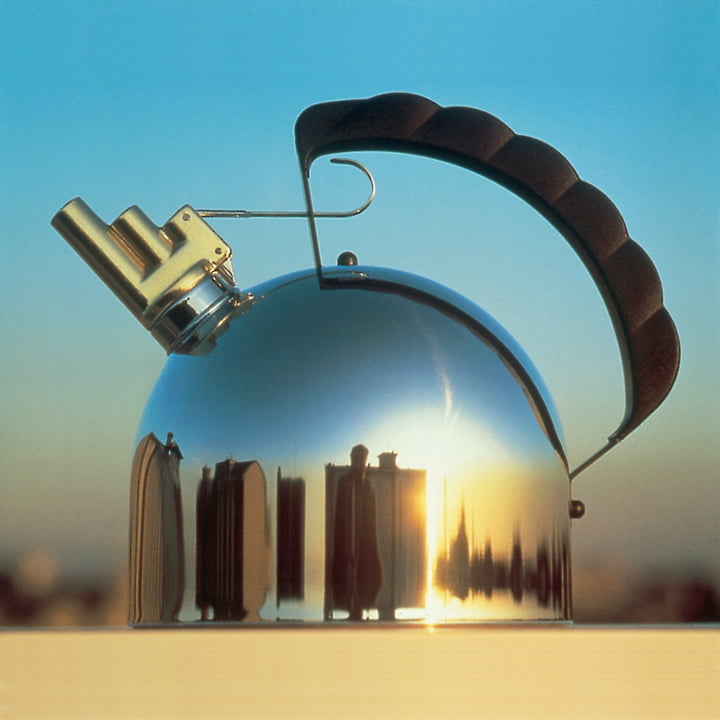 The 9091 water boiler by Richard Sapper was the first designer kettle by Alessi and introduced a new era of water boilers starting in 1983 - for Alessi and many other kettle manufacturers. It is suitable for electric, gas, and induction stoves.

The actual heart of the water boiler are the brass pipes whose tubes create polyphonic sounds (mi and si) and a harmonious melody as soon as the steam flows through.

With his design for Alessi, Richard Sapper wanted to dispense with the importunate whistle sound of conventional kettles. This musical challenge resulted in the 9091 Water Boiler, which was interpreted at Alessi as the first multi-sensoric design.

Officina Alessi - Replacements for the Kettle 9091