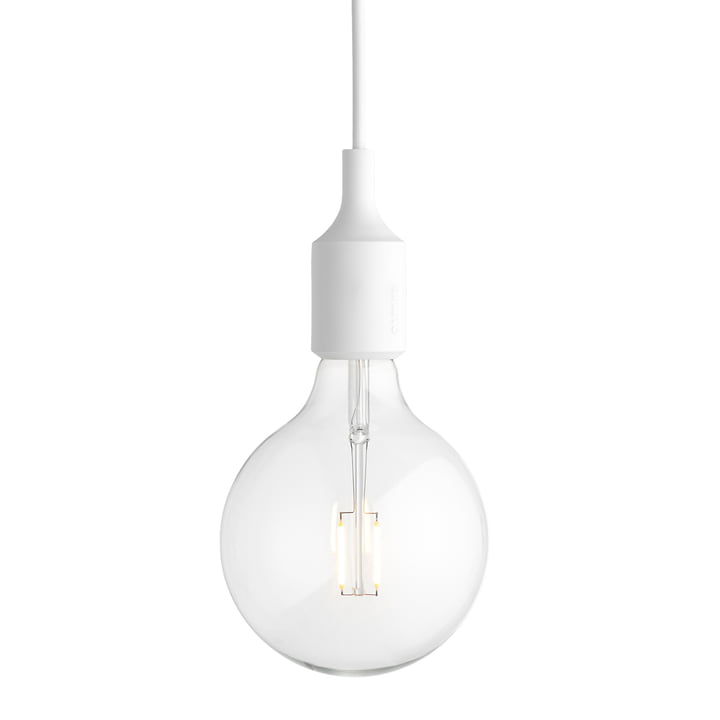 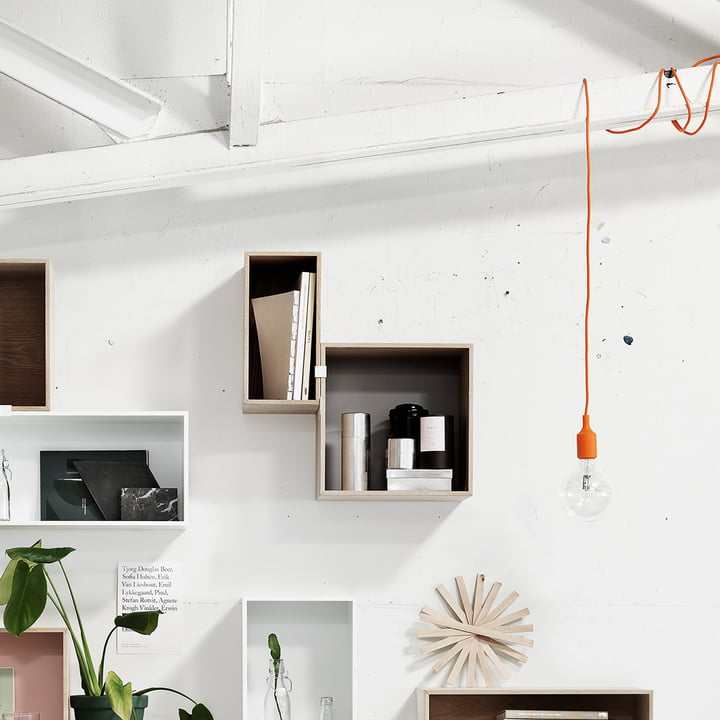 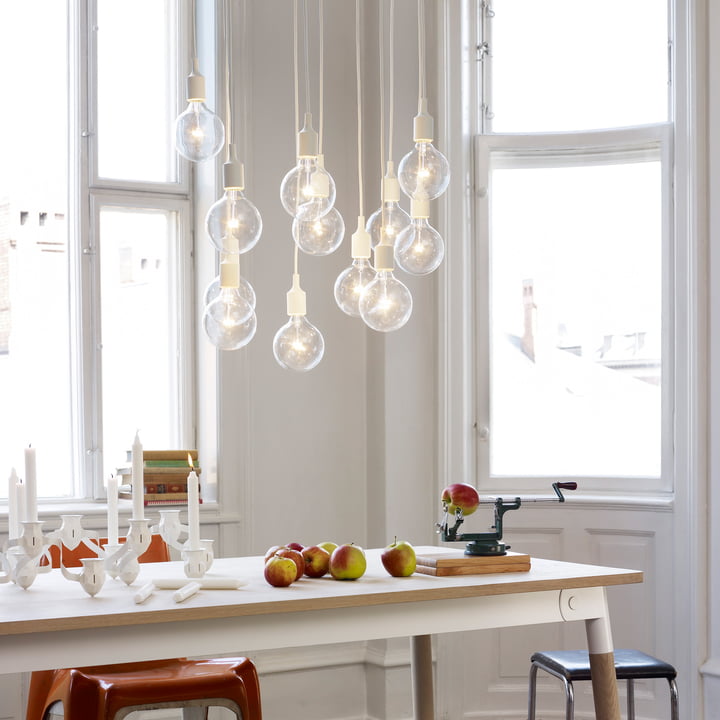 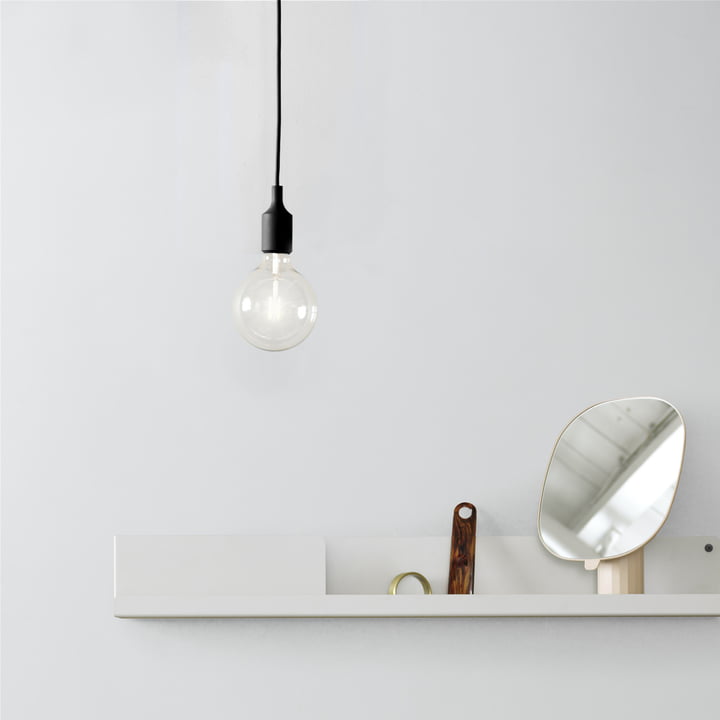 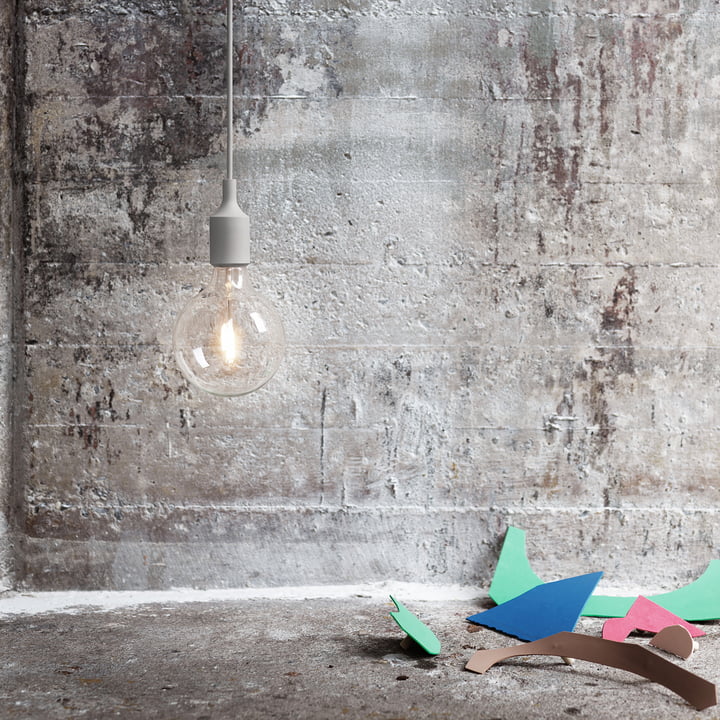 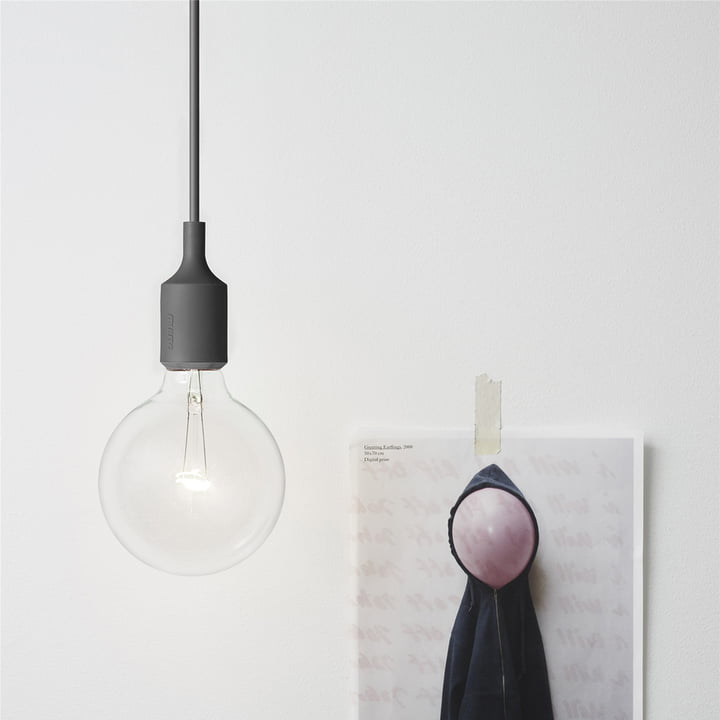 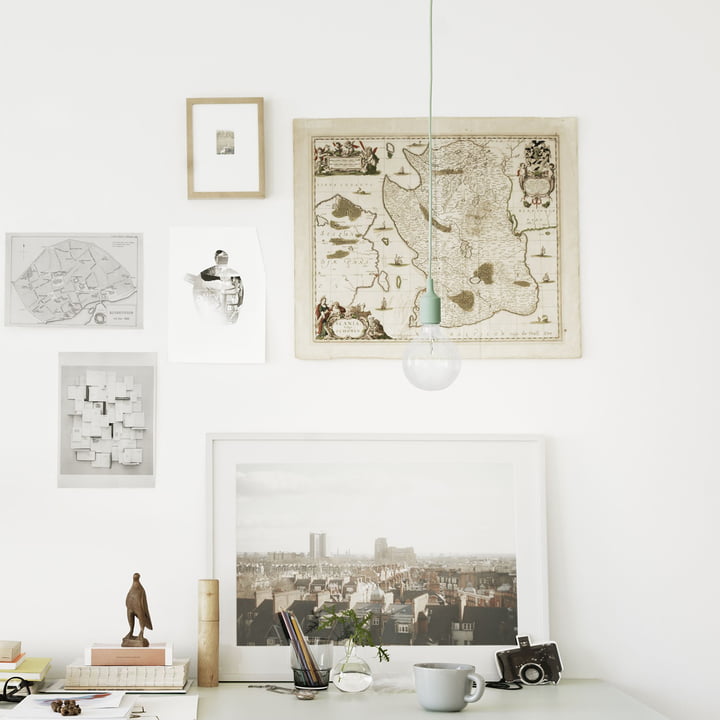 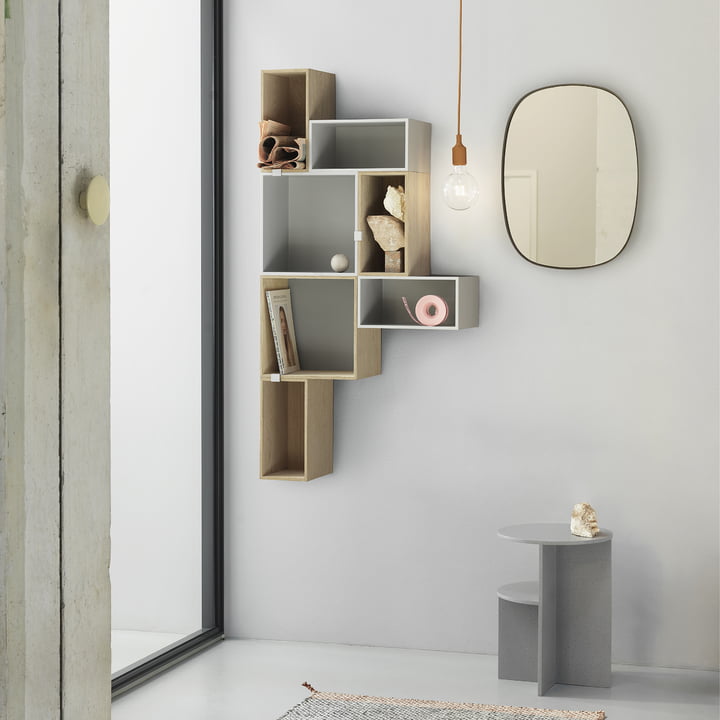 Who hasn’t had this problem before? The move is almost over and the first night in your new home is starting, though it’s not very liveable yet. A simple lightbulb is screwed in hastily as night falls and suddenly your new home appears a bit cosier, even romantic. Soon or later the lightbulb is then replaced with a modern lamp or covered with a shade.

That doesn’t have to be, because with Muuto’s E27 Socket Pendant Lamp by Mattias Stahlbom, the lightbulb becomes socially acceptable without losing its old-time charm. Through light adaptations in the design, the imposing size and the different colours, the Muuto E27 Socket Pendant Lamp loses its temporary personality and proves effectively that beauty can exist in simplicity.