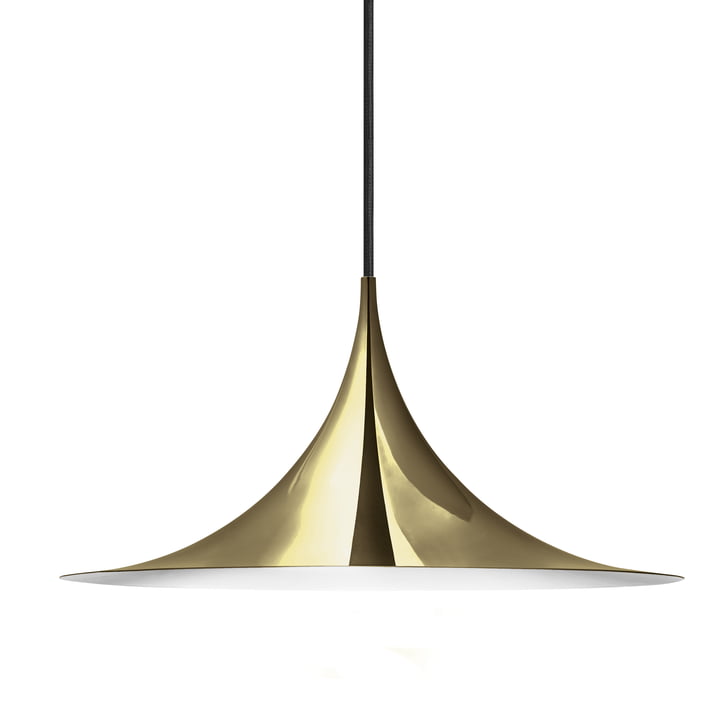 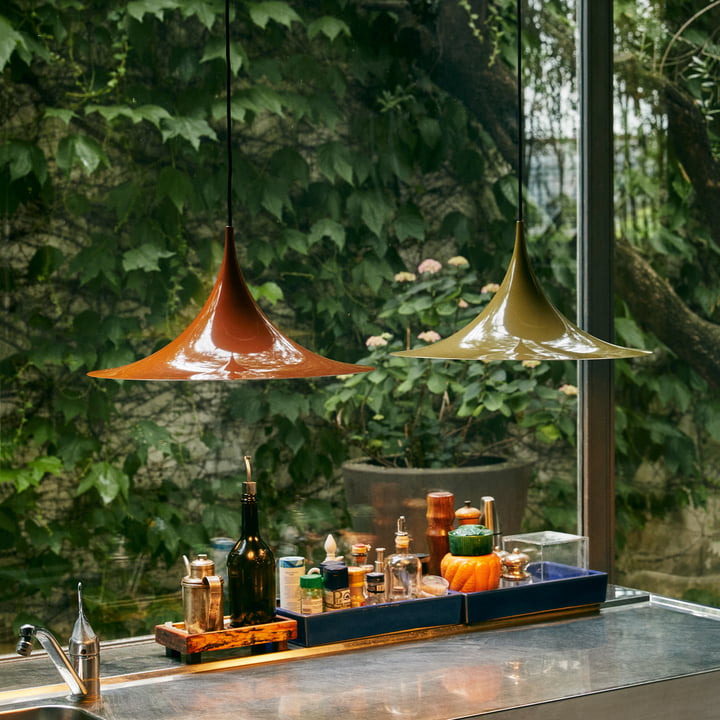 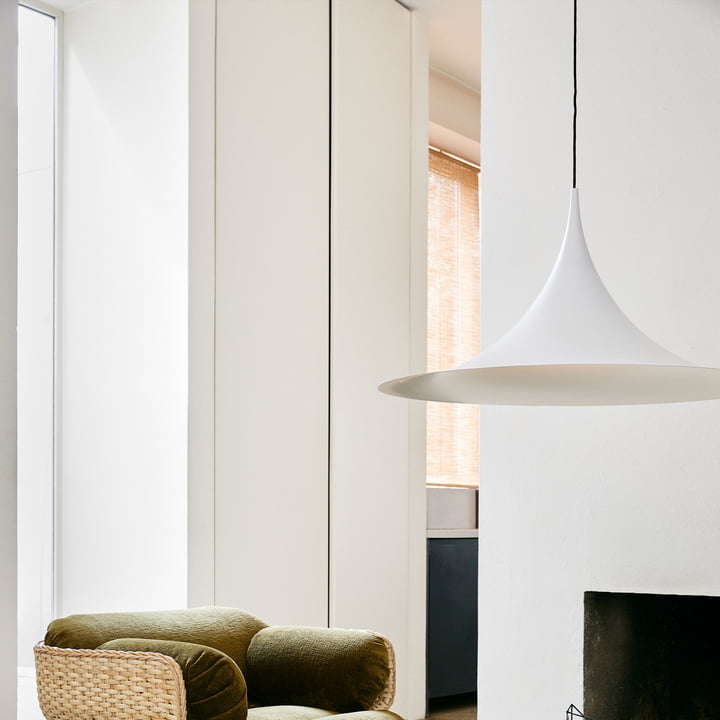 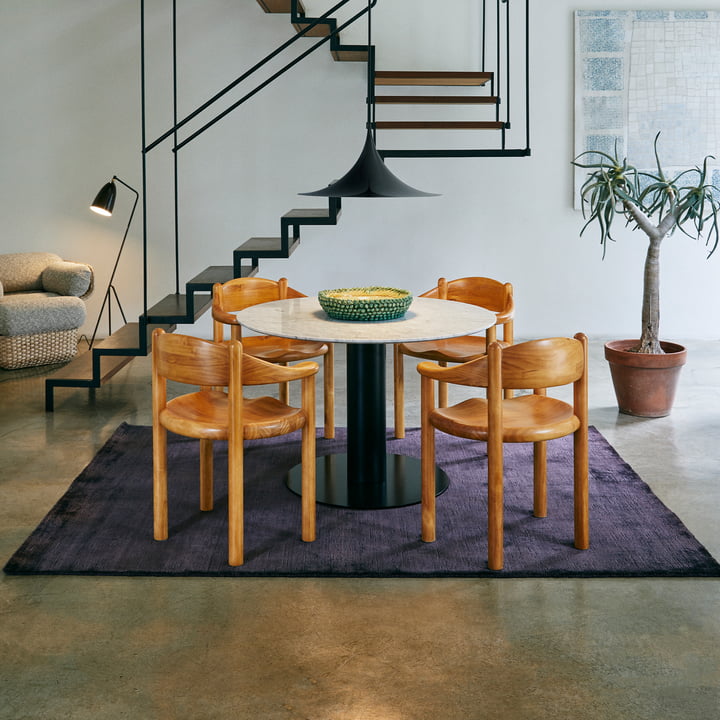 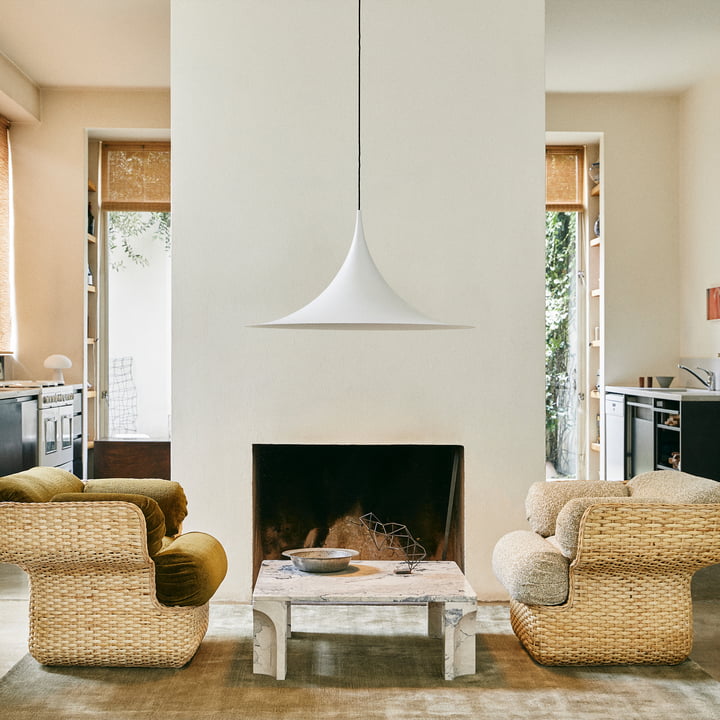 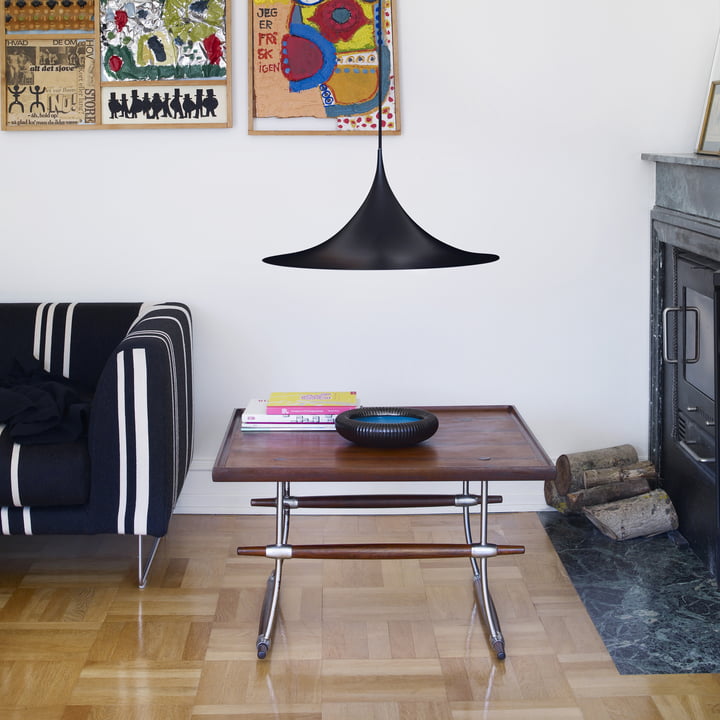 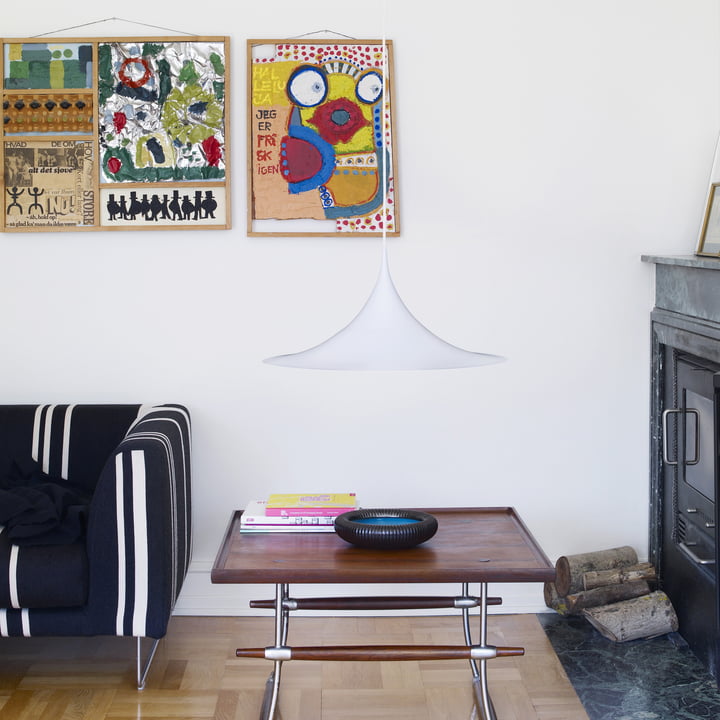 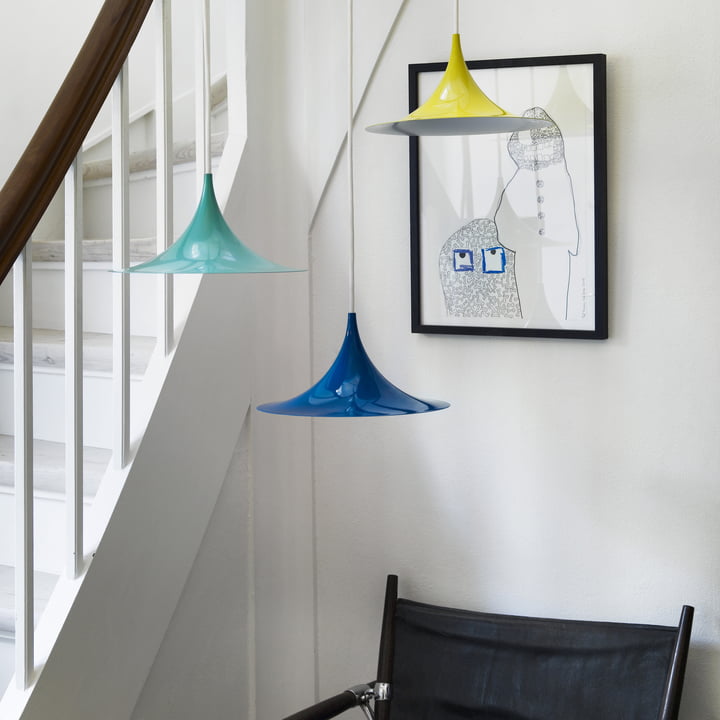 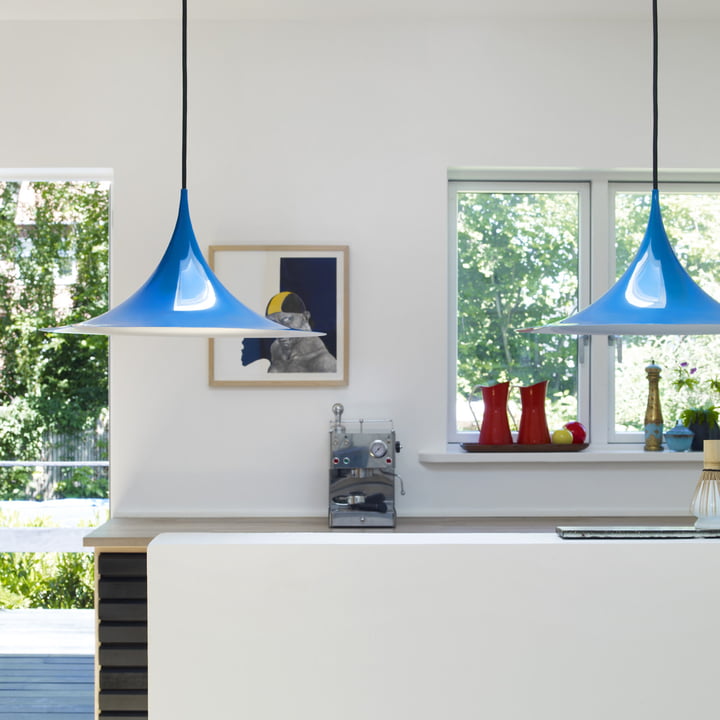 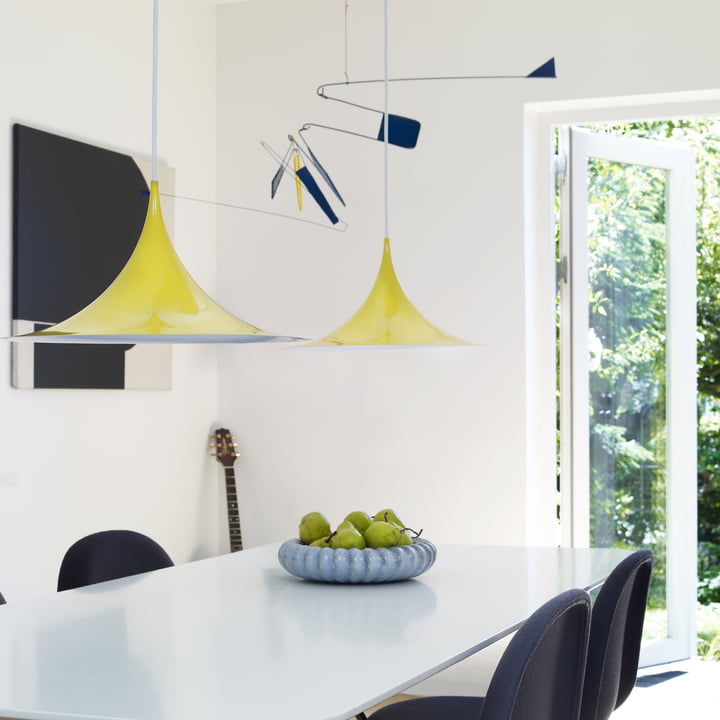 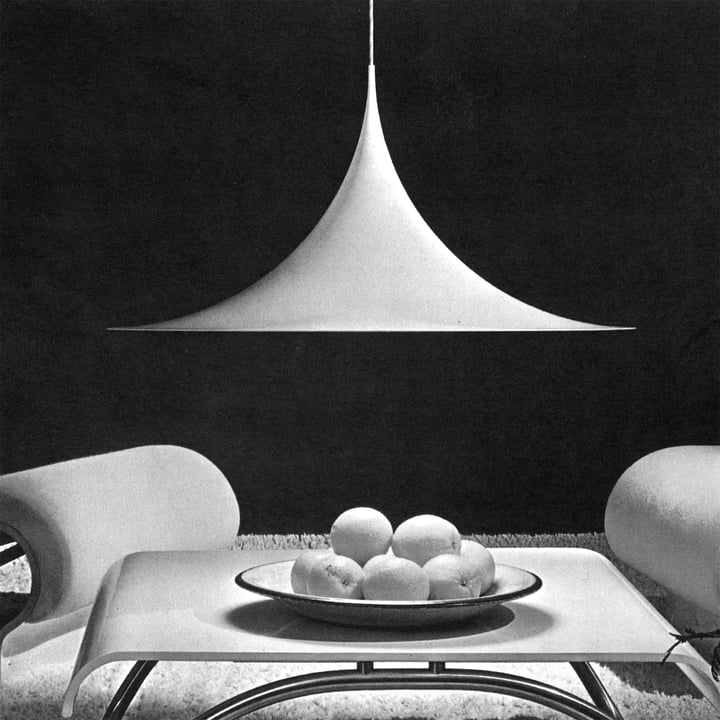 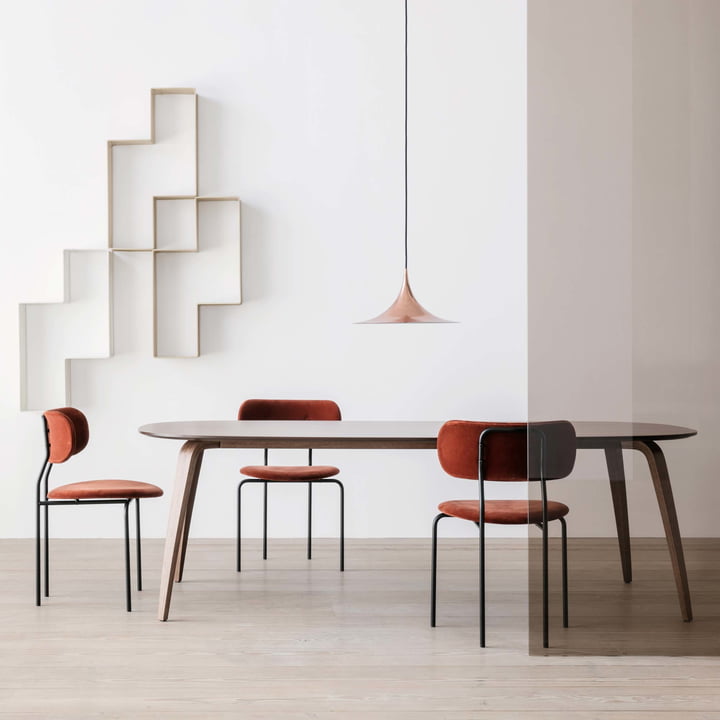 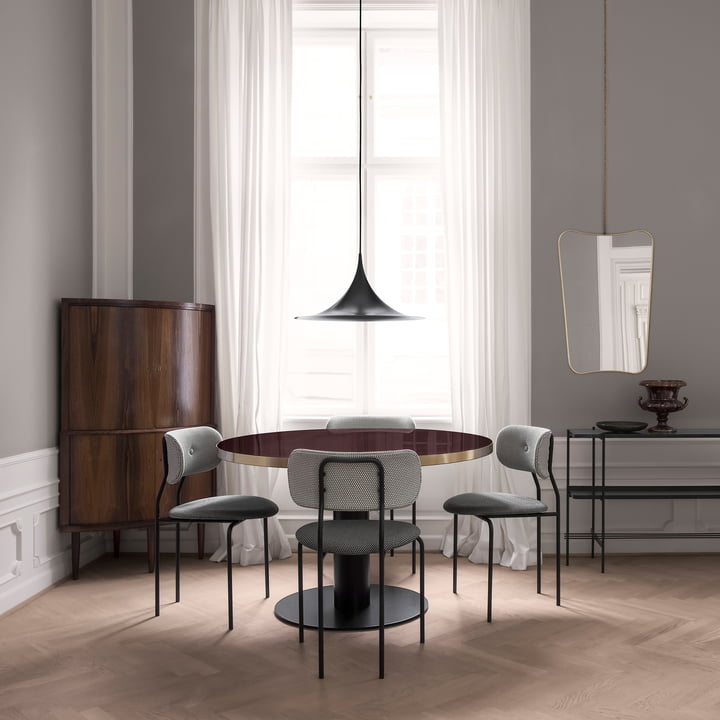 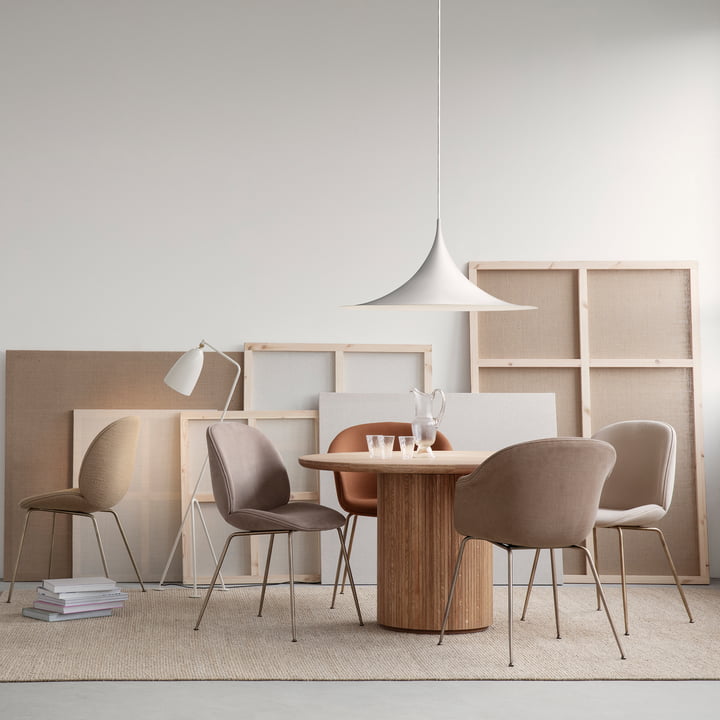 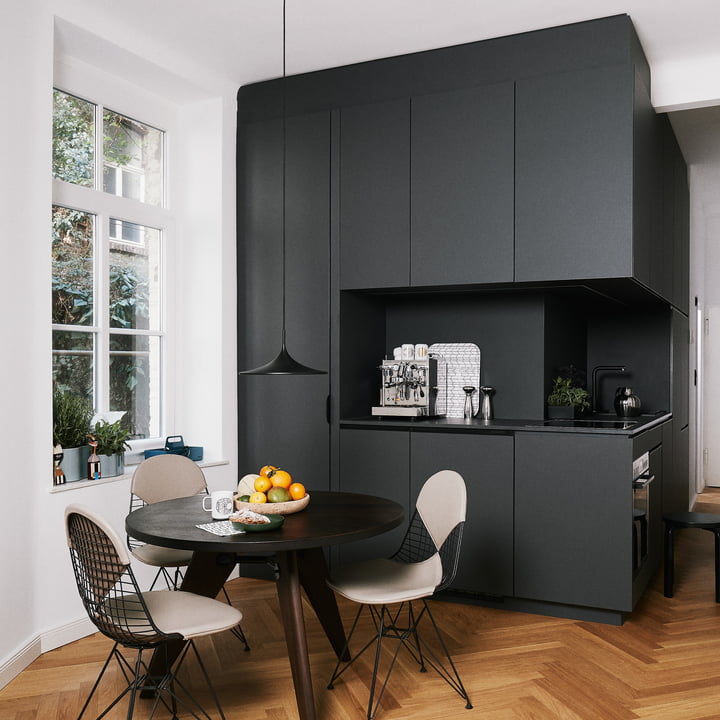 Whether classically simple in the office or colorful in the children's room or kitchen - the Semi Pendant lamp by Claus Bonderup & Torsten Thorup for Gubi fits with its curved design in all contexts. Impressively it works also in the group with differently large Semi -lamps.

In the 1960s, the Semi Pendant lamp was a reaction to the trend towards coziness in Danish design. The designers Claus Bonderup and Torsten Thorup countered this with the clean lines and geometric shapes of their lamp.

Enameled metal in the form of a quarter circle

The Semi lamp, produced by the Danish company Gubi , became world famous for its curved enameled metal. Its shape is based on a quarter circle. The shade of the lamp is composed of two quarter circles - hence the name Semi . Hardly surprising that the designers cited geometric shapes such as circles, triangles and squares as the greatest source of inspiration.

Originally, the pendant lamp was Semi Designed in 1968 as an entry to an industrial competition at the Danish School of Architecture. The two architecture students Claus Bonderup and Torsten Thorup won the competition for the unique design of the lamp.

Soon after the Semi pendant luminaire won the competition, it was given the status of a modern design classic. Even then, it interacted perfectly with the organic furniture of designers such as Verner Panton and Eero Saarinen, and still fits both private and public spaces.

The Semi Pendant lamp is available in different sizes and colors.