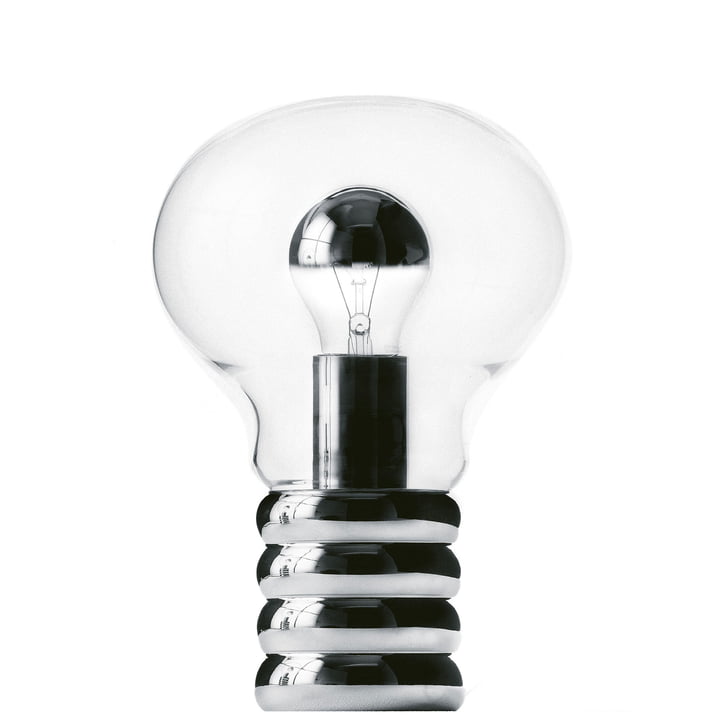 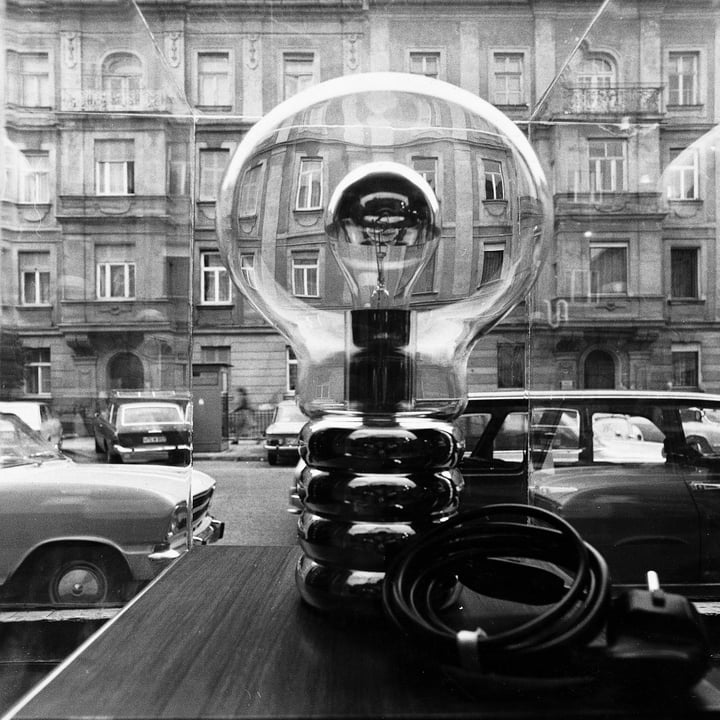 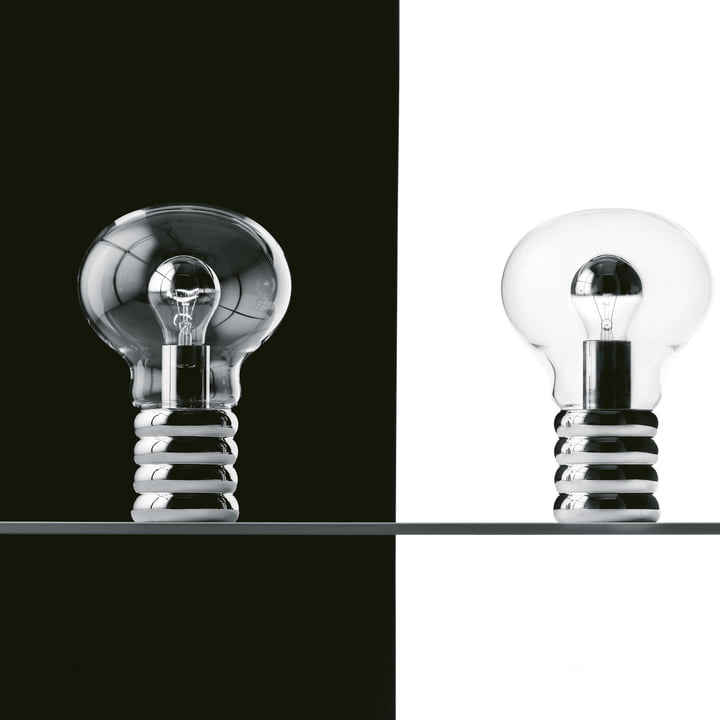 The Bulb table lamp from Ingo Maurer is a classic of the modern lamp design. “Bulb” is an homage to the classic bulb: the unusual lamp appears with the form of an oversized bulb in which centre another small bulb takes place as illuminant.

The Bulb table lamp was designed by Ingo Maurer in the year 1966. It was one of Ingo Maurer’s first lamps and initially appeared as a small series. The designer returned from the USA recently before he began leading a one-man company with sporadic temporary staff in cellar rooms that year.

The unusual design reduced the Bulb table lamp to its light. This meant a turning away of the traditional lamp design with lampshades, frames and feet. With its bright design, soon Bulb woke interests and found purchasers as well as imitators inside the country and abroad. Bulb fast became a firm component of the Modern Art Museum collection in New York, thanks to its eccentric design.