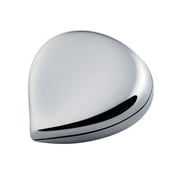 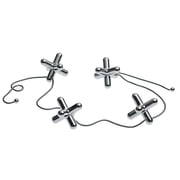 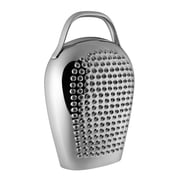 Gabriele Chiave was born in Metz. Two years later he moved with his family, spending 4 years in Dakar, 5 in Caracas, 1 in Buenos Aires, 3 in Rome (where he completed his higher secondary education) and then 8 years in Milan where he studied Industrial Design at IED and began working with a number of design studios, including Syn design, Fabio Rotella, and Lorenza Bozzoli.

He participated and exhibited in projects such as Emergency, Rotari, Epson, and Toshiba. From 2004 to 2006 he worked with Marc Sadler at the Ideal Standard European research centre, and he worked with many other companies.

In the same period he was involved in and provided assistance for 6 lpwk/alessi workshops, which began in 2003 and are still being run. He has worked freelance for clients and customers in the design field since 2006.

He has lived in Amsterdam since early 2007.