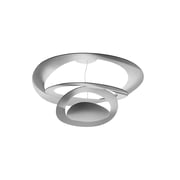 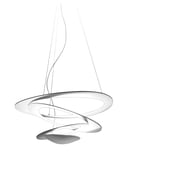 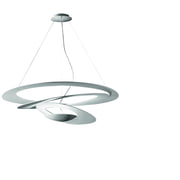 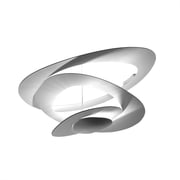 Guiseppe Maurizio Scutellà was born in Alcamo (Trapani) in 1962. The following year, the family moved to Lumezzane (Brescia), a shop-full industry metropolis in the Lombardy. There he also went to school and received a diploma in industrial mechanics in 1981. He worked as managing project designer during twelve years for injection moulding and synthetics processing, designing systems and models for high technologic companies (Kawasaki, Ducati Bonfiglioli, Sylber, Metalwork, Gaggia, Mercedes, Fini, Prisma, Tronconi, Artemide). His cooperation as designer with renowned local companies began at the same time. He works as light designer, as leading designer for Marci&Co (design department of Elettroplastica S.p.A.), a successful company in household sectors, besides his work as freelance designer. Furthermore he works for Mepra SpA and Pandora Design as designer for high tech household devices out of stainless steel and synthetics and he works for United Pets.

His cooperation with Artemide S.p.A. started in 2008. In 2008 he designed the pendant lamp “Pirce”, which has been honoured with the iF Product Design Award 2010, the Good Design Award of the Chicago Athaneum 208 and the red dot design award 2009. In 2011 he designed the floor lamp “Acatraz”.

“A technical illumination object has a soul, it tells a story, it is often a poem without words. Light has an own scent, a sweeping, shiny sound, it is wonderfully vivid and dynamic, intimae and soft. I respect its essence and hug its language out of light and shadows and try to make multiple interpretations possible in my projects. This is my way of getting nearer to light’s magic.”