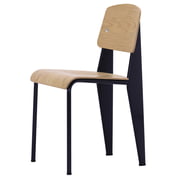 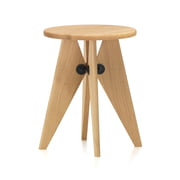 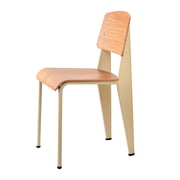 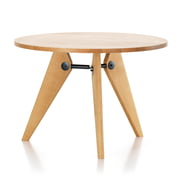 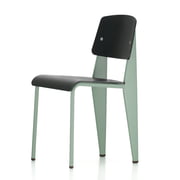 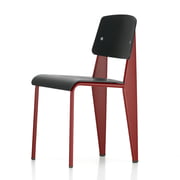 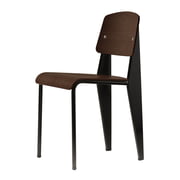 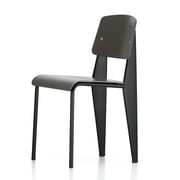 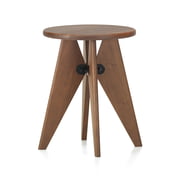 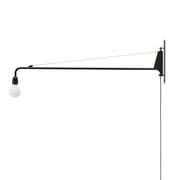 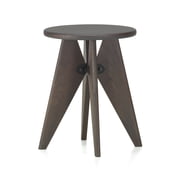 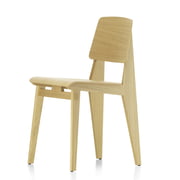 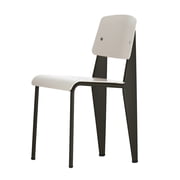 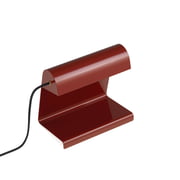 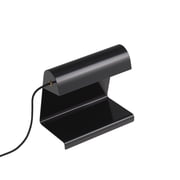 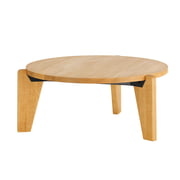 Jean was born in Nancy, France in 1901. He grew up surrounded by the ideals and energy of his father Victor Prouvé's art collective, "l'École de Nancy". This school came together with the intent of making art readily accessible, to forge a relationship between art and industry, and to articulate a link between art and social consciousness.

Jean Prouvé, a leading exponent of industrialized building, started out by serving an apprenticeship as a metal craftsman with Émile Robert, a creative blacksmith, between 1916 and 1919 before continuing his training with Szabo, another metal craftsman, in Paris until 1921. In 1923 Prouvé opened a workshop of his own in Nancy.

He received a great many commissions for metalwork, including the exquisite metal mounts he made for Émile Gallé's vases. In 1924 Jean Prouvé made furniture from sheet iron, informed by a cool, functional aesthetic that caught Le Corbusier's eye. At the 1935 "Exposition Internationale des Arts Décoratifs et Industriels Modernes" in Paris, where he was an exhibitor, he met both Le Corbusier and Jean Jeanneret. Prouvé also met their colleague, Charlotte Perriand, with whom he would design several pieces of furniture in the 1950s, including bookshelves of wood and sheet metal with irregularly arranged compartments to which colorfully painted backs and doors of wood and sheet metal were fitted.

In 1930 Jean Prouvé was a founding member of the Union des Artistes Modernes (UAM) and took part in their exhibitions. In 1931 he joined A. Schotte in founding the Société des Ateliers Jean Prouvé in Nancy, purchasing the most modern machines available for stamping and metalworking for it. Prouvé designed and produced metal furnishings for large businesses as well as individual pieces on commission. In 1937 he designed piece of school furniture consisting of a combined table and chair. By 1939 Jean Prouvé was designing sheet metal huts for the French army and in 1944, his business made more than 1000 collapsible housing units for the homeless. As an architect, he also planned schools in Croismare and in the French overseas department of Martinique as well as a fire-brigade barrackss in Bordeaux.

In 1953, Pechiney, an aluminium company, became the majority shareholder of the Atelier Jean Prouvé and he left the business. The following year Jean Prouvé opened a design practice in Paris and, jointly with Michel Bataille, founded Les Constructions Jean Prouvé in 1955. In 1957, this business, too, was bought out, this time by the Compagnie Industrielle de Matériel de Transport, for whom he worked until 1966.