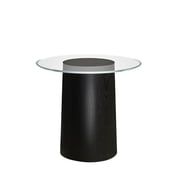 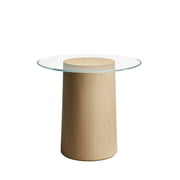 The Danish Mette Schelde studied at the school of architecture in Aarhus until 2013 and already was awarded several times before the end of her studies for her designs. With the Great Idea Award 2012 and the FSC® design award 2010, among others. They were followed by the up/coming award 2013 and the IF concept design award 2014. She was also part of various exhibitions all over Europe.

She is inspired by everyday life, nature and the world of geometry. Thereby she works conceptual and tries to combine functions and materials on a playful and experimental way. Some of her favorite materials are wood and concrete.
She founded her studio in 2012. She already designed minimalist and functional products for known manufacturers such as Royal Copenhagen, Please Wait To Be Seated, Woud, Bang &amp; Olufsen, HAY and Trip Trap / Skagerak.