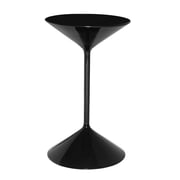 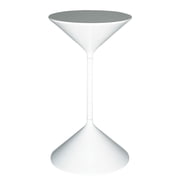 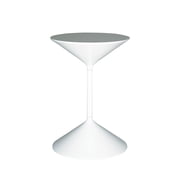 Prospero Rasulo was born in Stigliano di Matera in 1953. After graduating from the Milan Fine Arts Academy, in 1987 he set up a studio in the same city. He painted, sculpted and made stage design.

The designer and artist worked togetherwith Studio Alchimia and Alessandro Mendini, participating in the "Redesign" and "Banal Object" projects. During the same period he created video, photo and exhibit set designs for Studio Occhiomagico. In 1979 he participated in the Milan Triennale; in 1980 he took part in "Banal Design" at the Linz Forum, while in 1982 he was at "Unexpected Consequences" in Prato.

From 1986 to 1988 he organized "Sexy Design," "Sexy Mental," "The Imprudent Image" and "Living with Art." In 1987 he established the studio Oxido, a design, art and architecture gallery. Besides designing for producers, Rasulo creates sculptures, objects and unique pieces offered by various art and design galleries. He also creates jewelry for Argentovivo, transferring his originality into ornaments. Prospero Rasulo has been working for Zanotta since 1994.