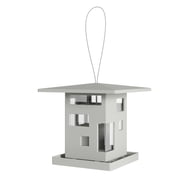 Teddy Luong is a product designer who concentrated on the details. He works in the Canadian Toronto since 2011.

After Luong graduated as industrial designer in Ottawa, he made some apprenticeships in companies, such as Umbra. He could then already patent some of his creations and win some design awards. Luong could also produce some of his products in that time.

He says that the “!” reaching him from his surroundings, inspires another “!” coming from his products. Teddy Luong wants to make his designs emotional and highly recognizable.