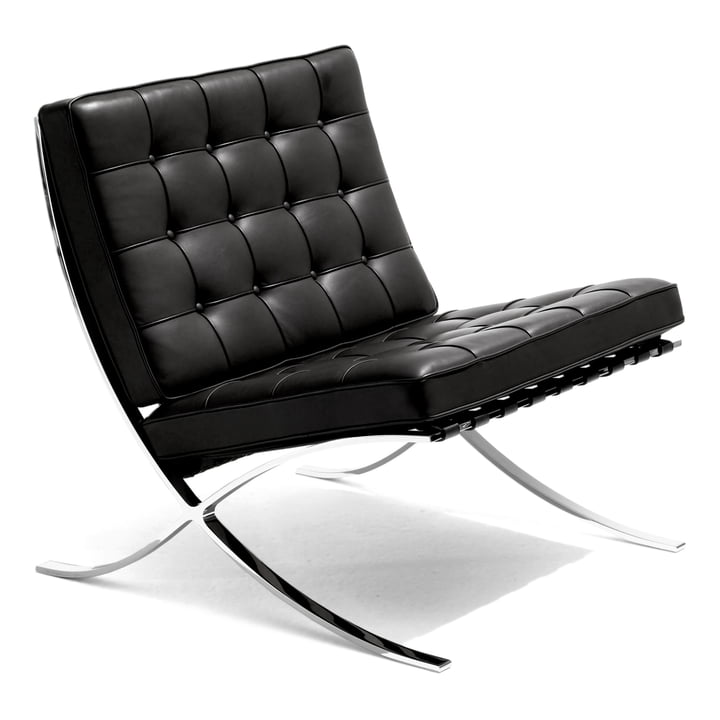 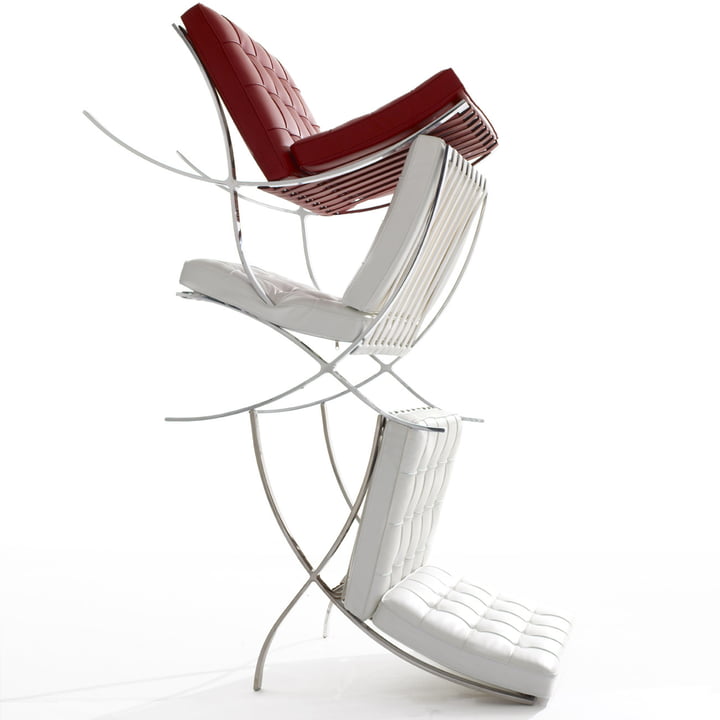 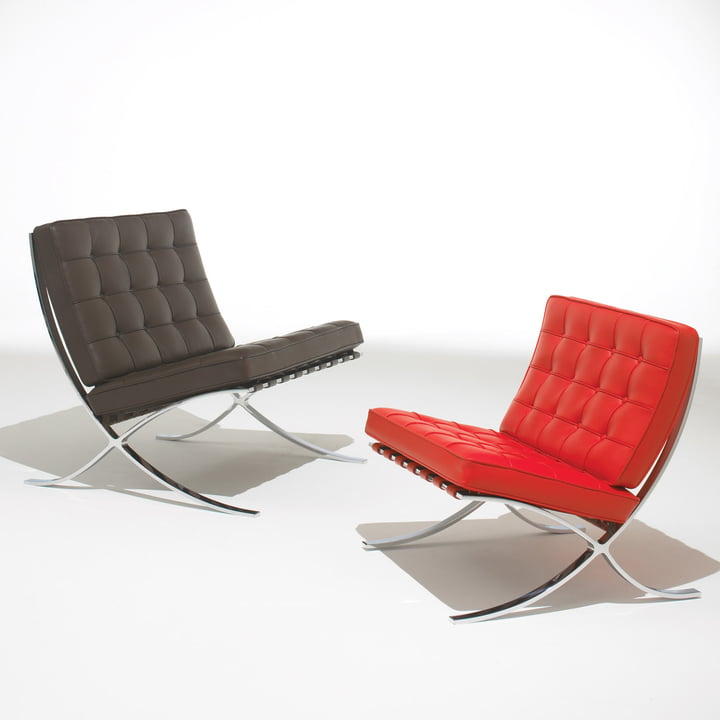 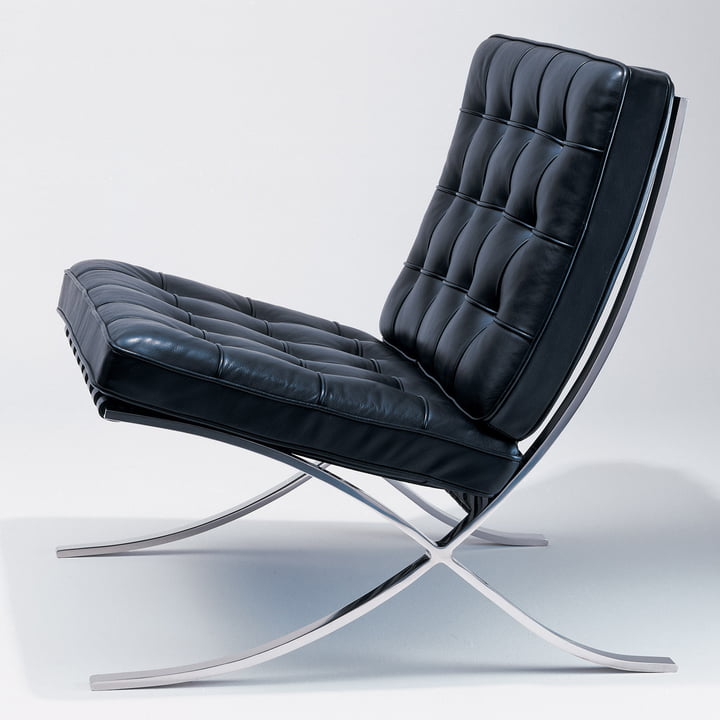 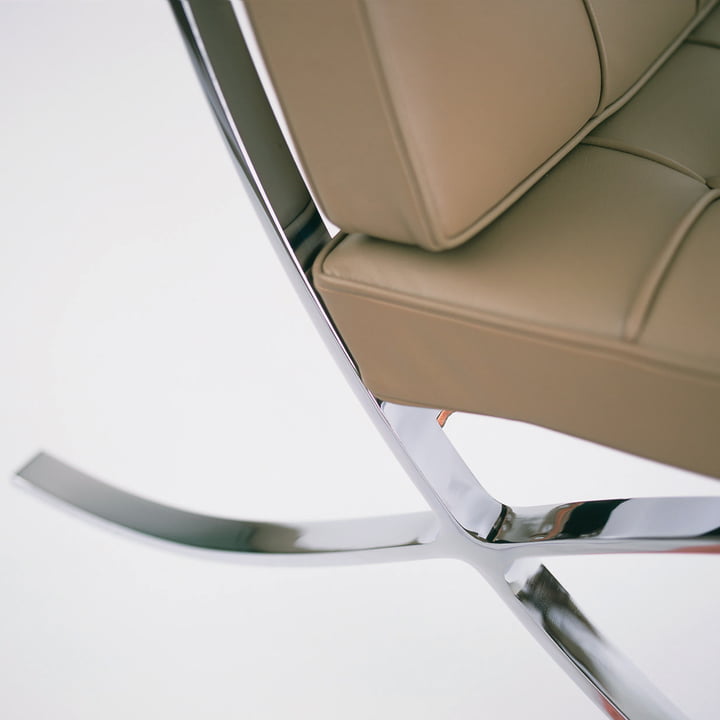 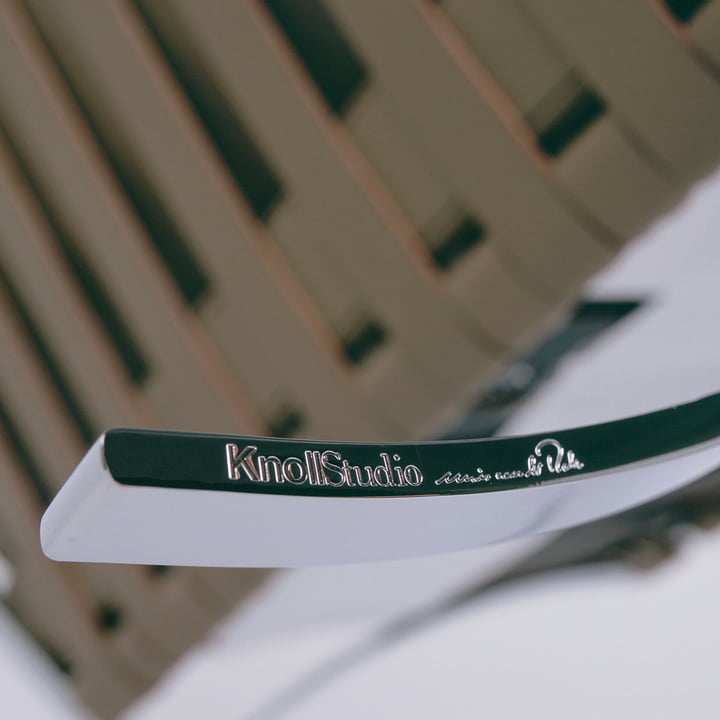 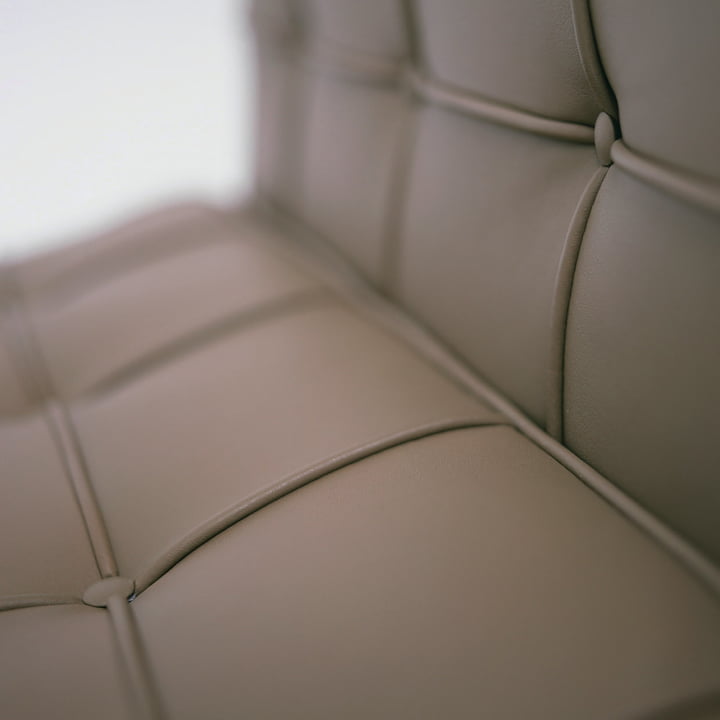 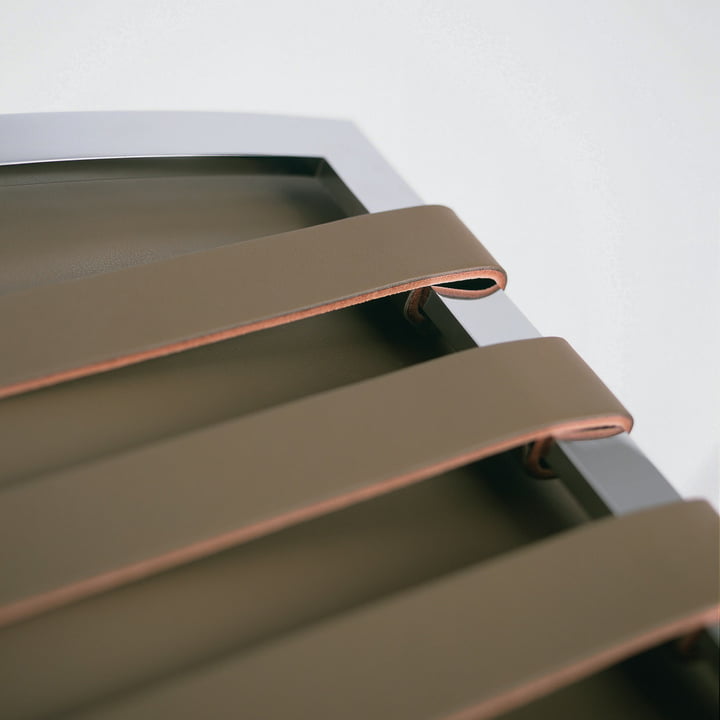 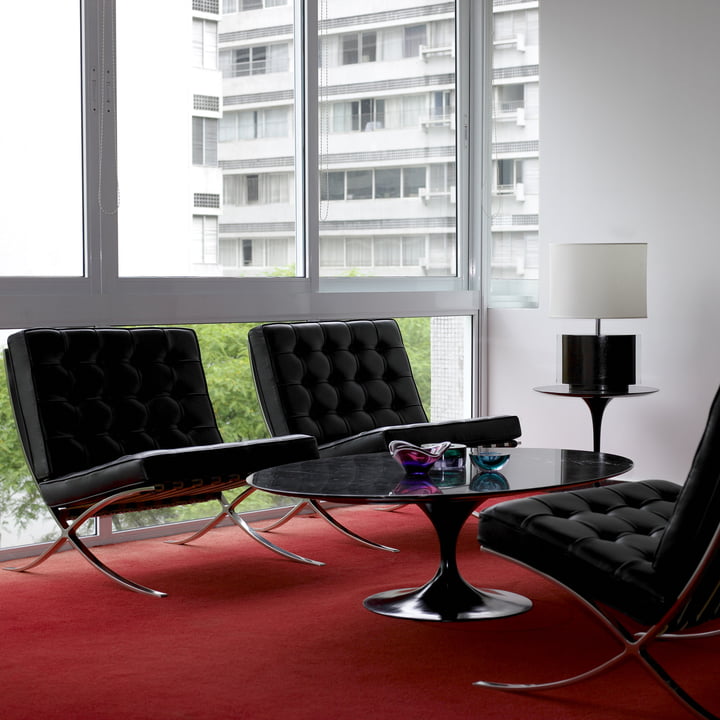 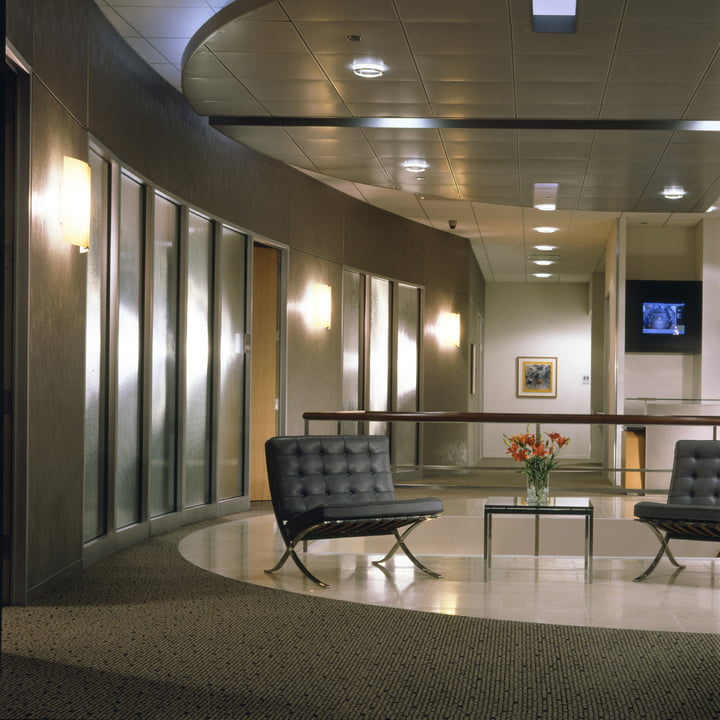 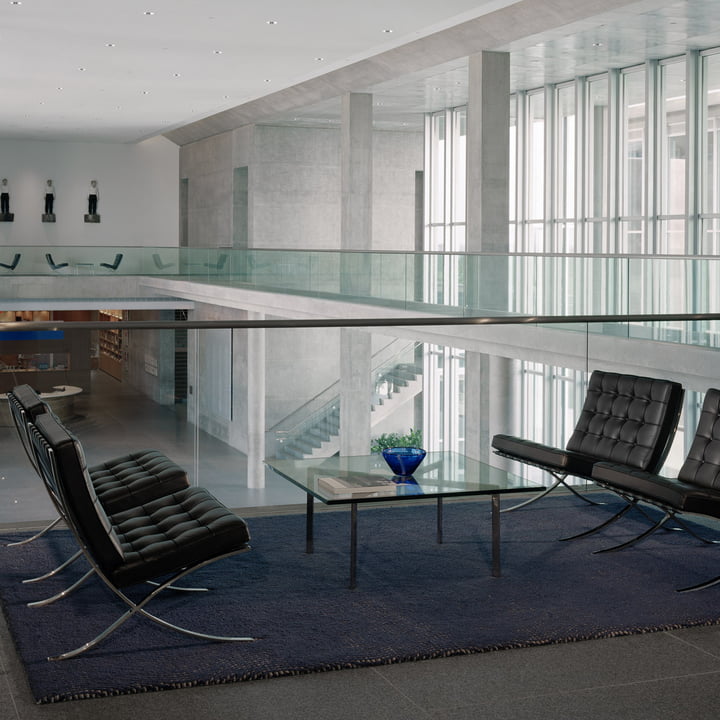 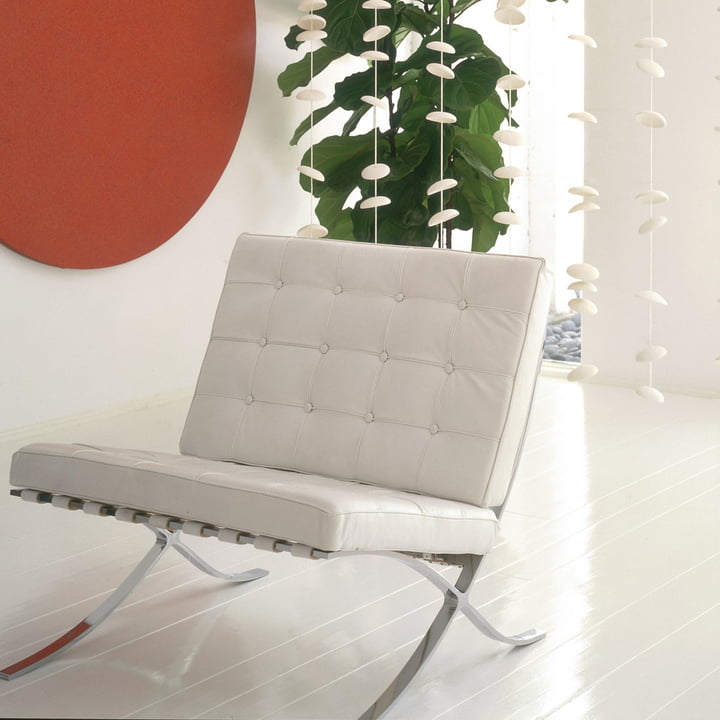 The seating furniture was designed at the end of the 1920s the German pavilion at the world's fair in Barcelona and has earned the title of classic. On one hand, because the ensemble of the clear pavilion later made the cold lifestyle famous – becoming known as “International Style.” On the other hand, because there are historic references. That is how Greek folding chairs (scissor or driving chairs as thrones for gods and monarchs) served as inspiration. More or less, this is a modern throne (without the folding function).

In reality, the furniture pieces for the Barcelona pavilion fulfilled highly representative purposes in their initial context: They should serve as royal chairs during the opening ceremony of the world exposition in Barcelona.

This conception stands in contrast to the social, even socialistic aims, which were held by many protagonists belonging to the “New Construction” of the time. Ludwig Mies van der Rohe used band steel and leather upholstery at the world exposition in celebrity white. The Barcelona chair was a piece of luxury furniture and hardly suitable for the series. The frame had to be welded sophistically by hand, which meant that the chair could only be first produced in a changed version from 1948 onwards. However, it is a really innovative design which enlarged the repertoire of modern times. The separate seat and back cushions “fall” by themselves into the desired position. Thereby, the lounger wins its apparent attractiveness, not at last because of the contrast of the swung frame to the more static acting leather modules.