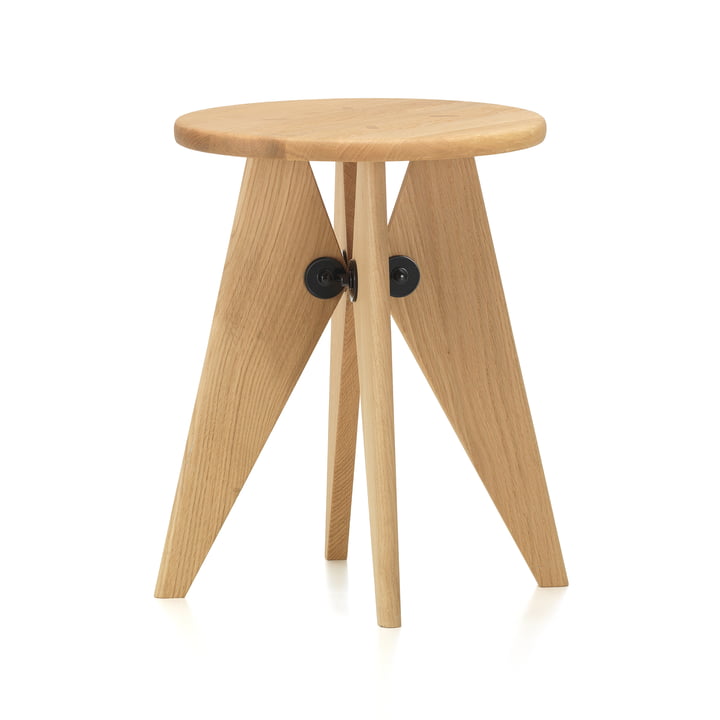 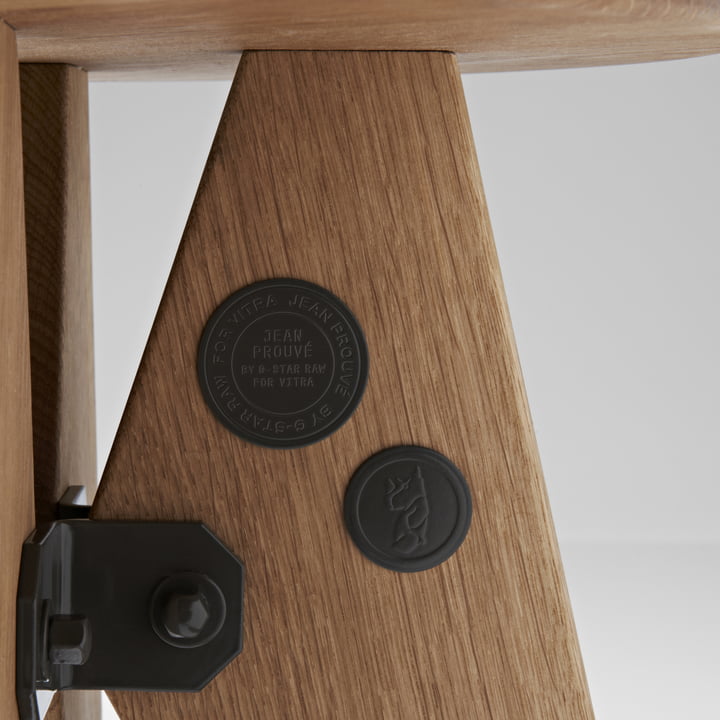 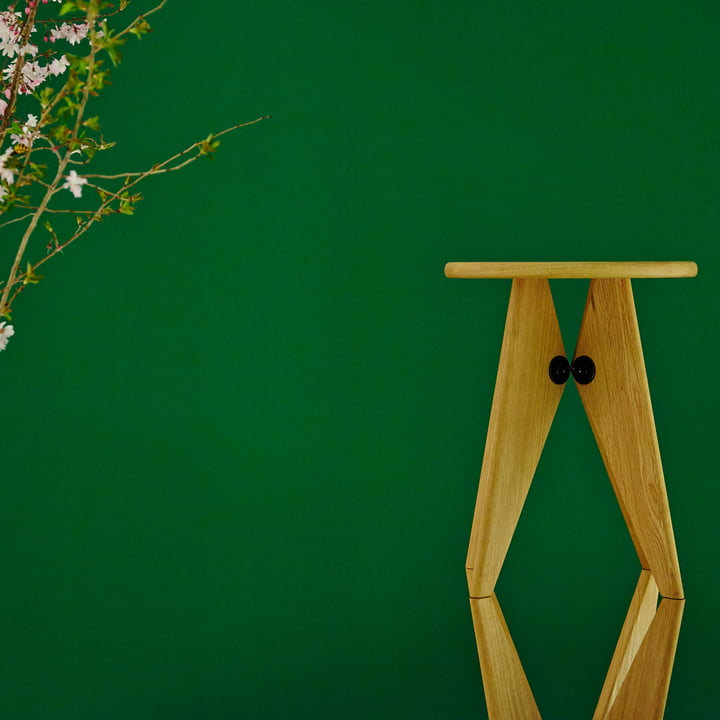 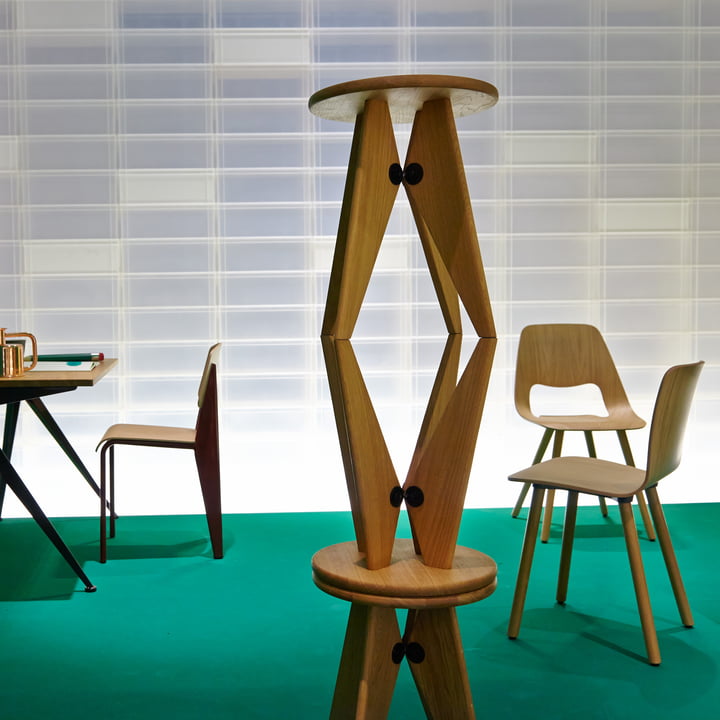 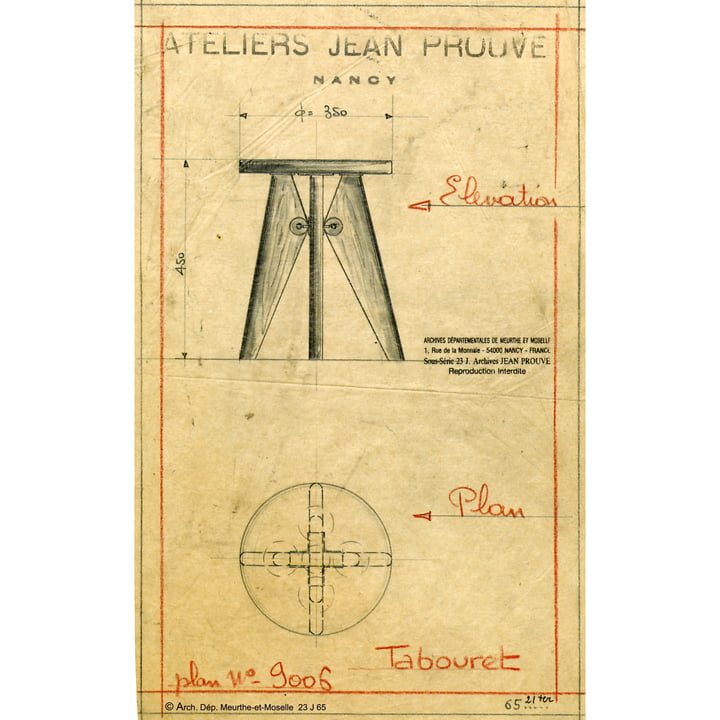 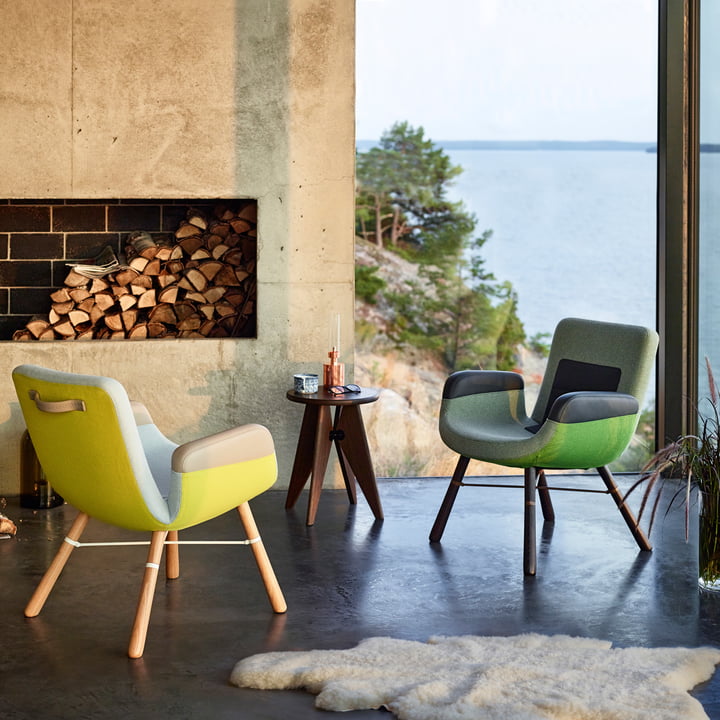 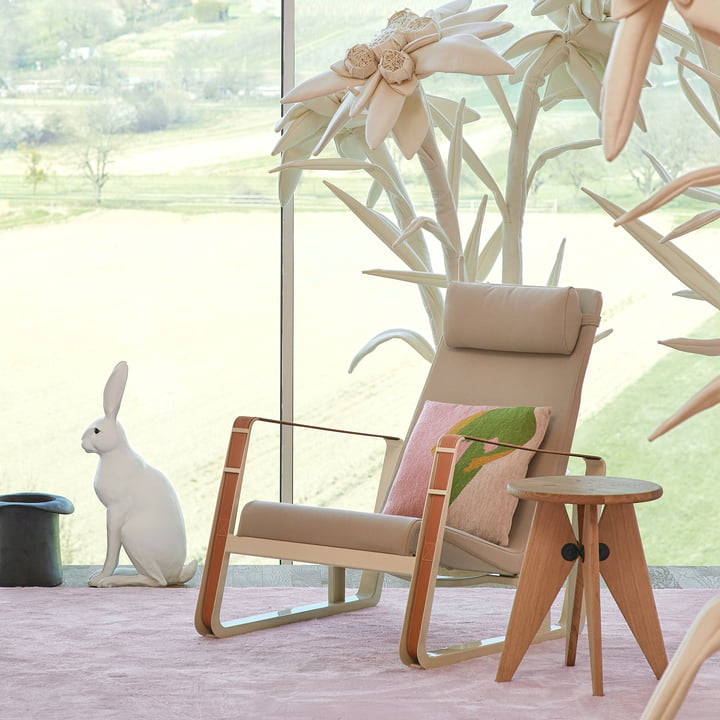 Vitra presented the re-edited furniture by the French designer and Architect Jean Prouvé in the fire station of Zaha Hadid on the Vitra Campus in Weil am Rhein in 2011. Nine designs of serial production were created together with the Netherlands fashion brand G-Star. Some of them were so successful, that they were included in the permanent collection of Vitra – among them is the Tabouret Solvay stool.

The cooperation between both brands started because of their common passion for Jean Prouvé. The French, a great representative of classic modern design, was re-discovered, including some of his less-famous designs. This is how re-editions emerged, keeping the classic shaping of Jean, but with a fresh and contemporaneous look and touch.

Tabouret Solvay is a simple, robust stool out of massive wood, which instantly displays Prouvé’s influence: Jean Prouvé developed it according to his typical way of seeing things constructively. Thanks to his flat seat, the Tabouret Solvay can also be used as side table. The designer’s piece consists of massive oak wood, which has been treated with oil, while the steel connections make up an exciting contrast to the wood.