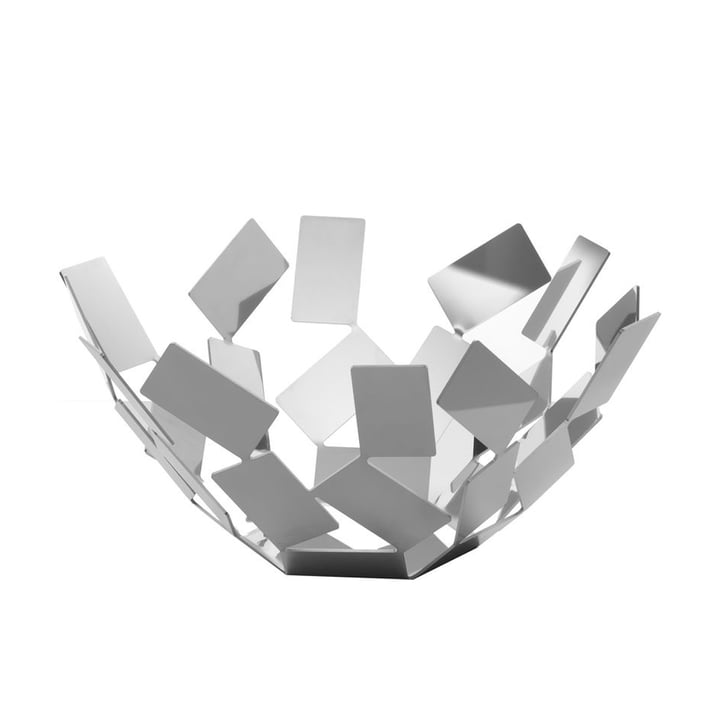 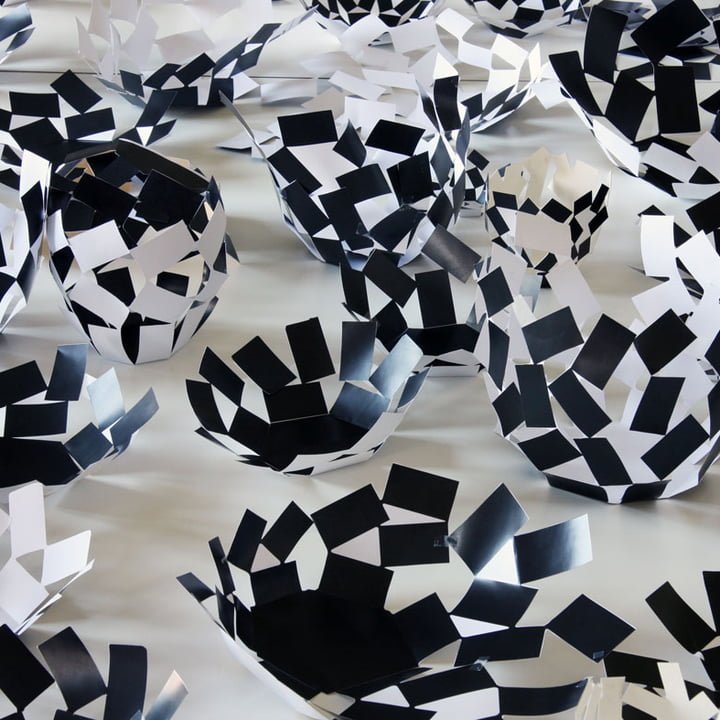 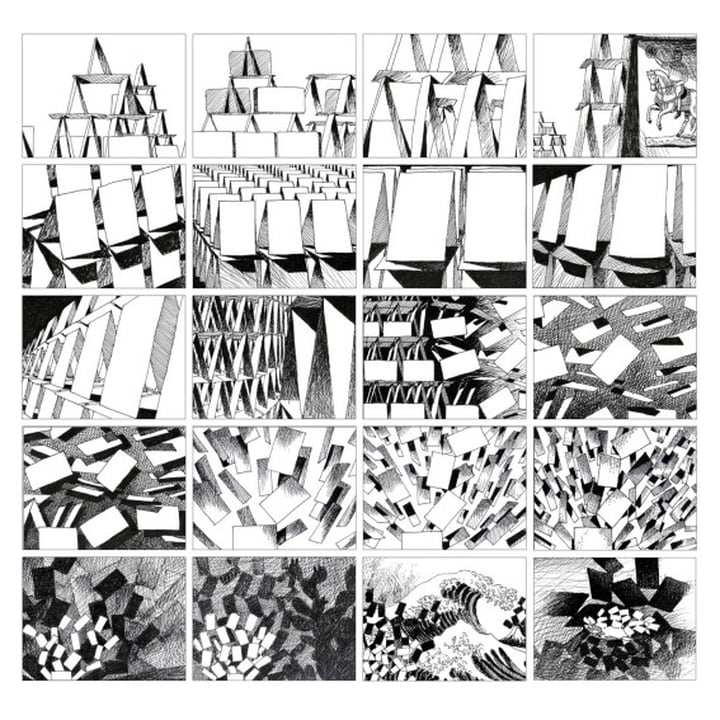 “La Stanza dello Scirocco” is a fruit bowl with a poetic background.

Designer Mario Trimarchi took his inspiration for his fruit bowl from the thoughtful and silent atmosphere of a room in the inside of the large, old cottages on Sicily. According to his own statement, he lingered in the room to escape the mugginess and to wait until the feared Scirocco wind finally calmed down.

It was "a room without windows, in which you couldn't do anything other than think about the wind outside which swirls around the things of the world," the designer remembers. From this memory, “La Stanza dello Scirocco“ was created, an object series, the shape of which is reminiscent of small paper pieces that are swirled around by the wind.

Mario Trimarchi describes "La Stanza dello Scirocco" as "a collection of asymmetrical objects with arythmic geometric shapes, made of small plates of different sizes which are connected to each other at single points in a seemingly fragile."

The fruit bowl "La Stanza dello Scirocco" is also available in black. It can also be ordered in two further sizes.