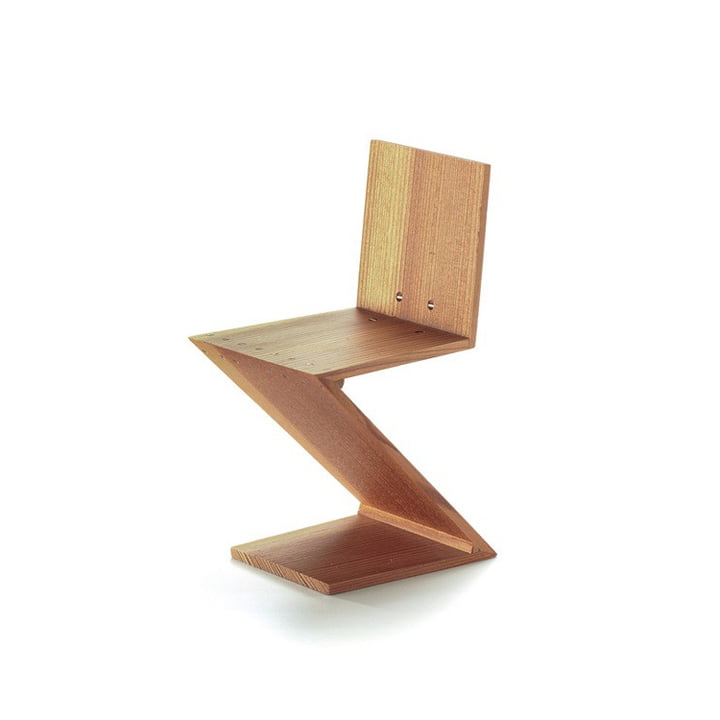 Besides the Rood Blauwe Stoel (1918), the Zig Zag Stoel might be the most famous design by Gerrit T. Rietveld. He took the idea of the chair without rear legs by Mart Stam (1926) and formally leans on the Sitzgeiststuhl by the brothers Heinz and Bodo Rasch (1927). Although it consists of four individual planks, the Zig Zag Stoel is a variation on an old theme: the chair made of a piece of wood. It was not until four years later that Rietveld was able to realize the first single-piece chair without rear legs made of plywood. Nevertheless, the Zig Zag Stoel is considered a successful synthesis of form, function and construction. It was available with or without armrests, with a perforated backrest and a child seat version.

The original Zig Zag Stoel was designed by Gerrit Rietveld in 1934 and has been produced by Cassina in a 1: 1 model since 1973.

The miniature offered by Vitra (scale 1: 6) is made of lacquered wood.