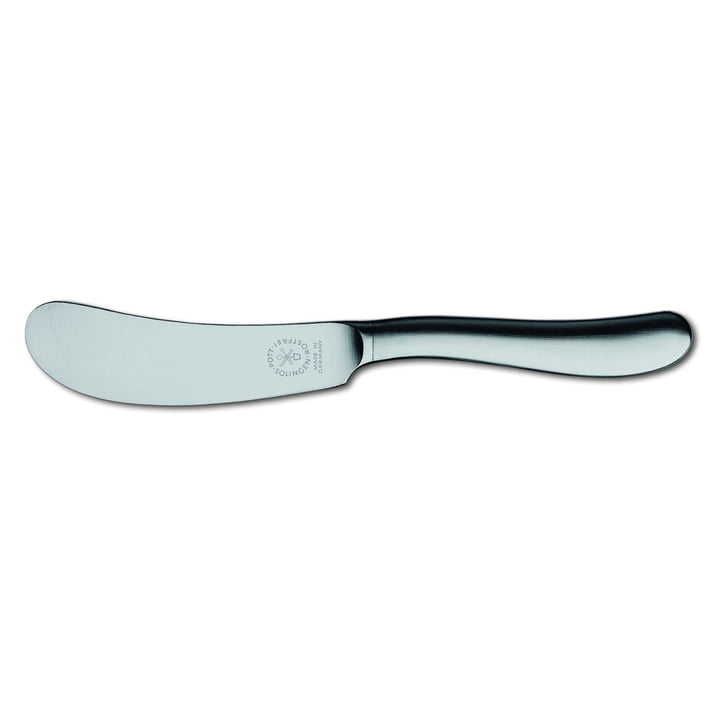 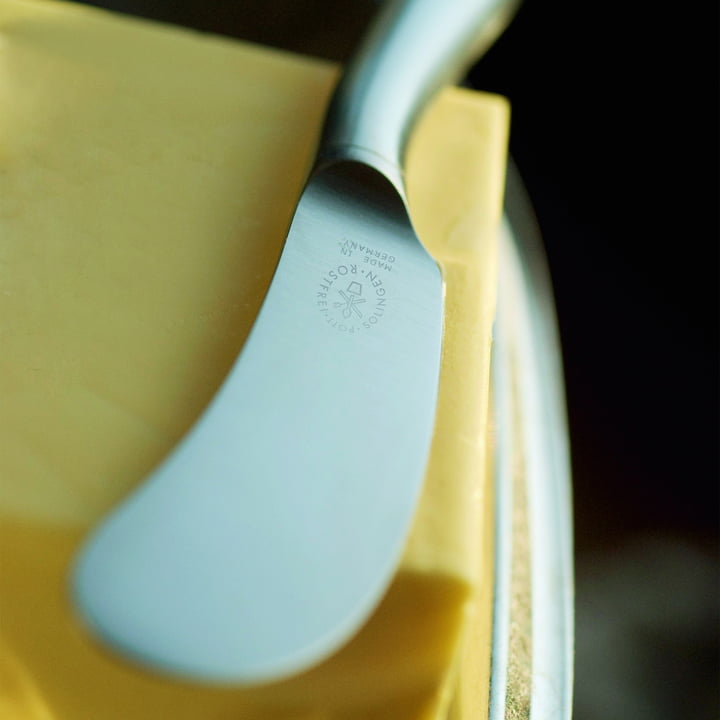 This only seemingly simple requirement was formulated by Carl Pott, the formative personality of the Pott Bestecke company. He was significantly inspired by the Bauhaus and so the traditional company still stands for cutlery that fulfils its function in a perfect way and is beautiful to look at at the same time.

And the Burrado butter knife also follows this maxim: compared to the usual representatives of its guild, it is based on an unusually wide blade. The reason? A wide blade spreads the butter more easily and lubricates the curd better. And because it also cuts and transports many other things more beautifully, such as sausage, mozzarella or creamy cheese, there is only one recommendation: Try it out!

When you spread Burrado butter on bread, you almost feel like you're walking on air.

The Burrado butter knife is also available in an exclusive gift box.