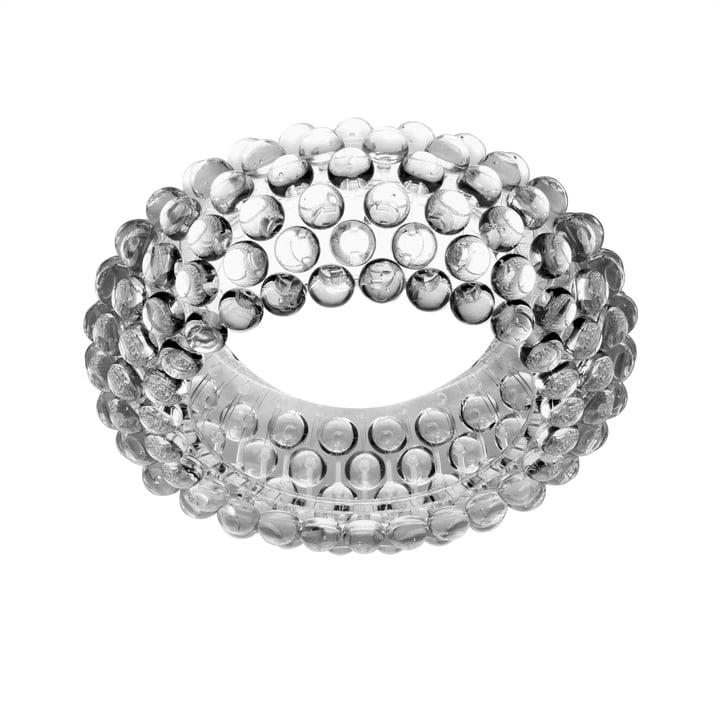 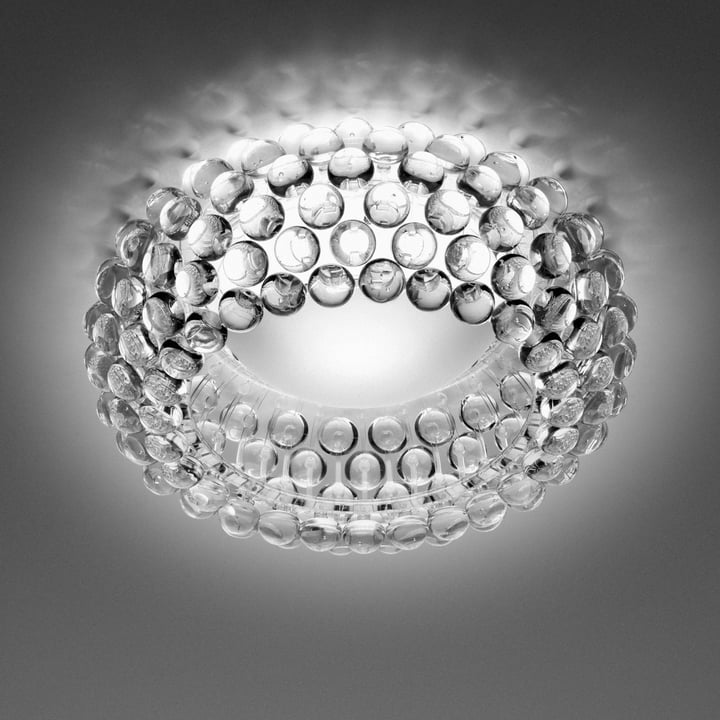 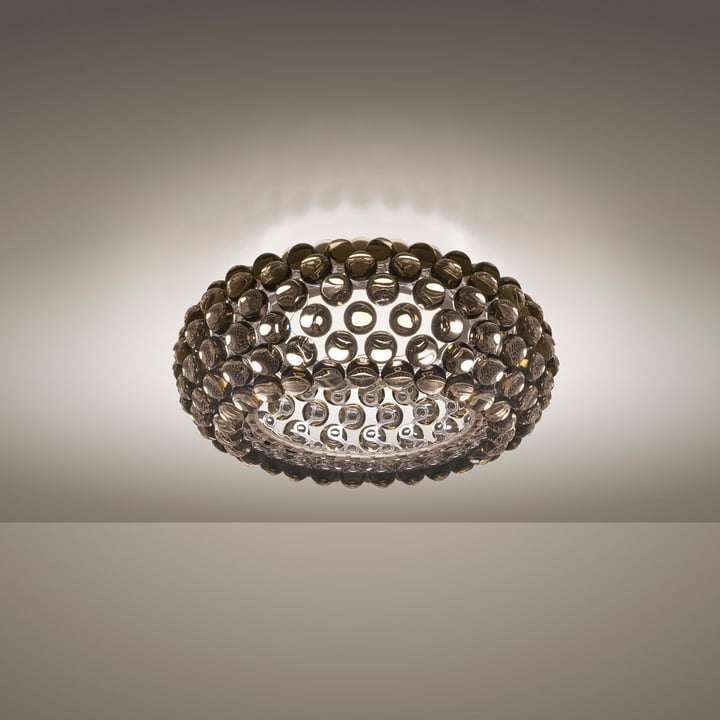 The Caboche series from Foscarini already caused a great stir with the pendant light . With the LED ceiling light in the characteristic Caboche design, the application possibilities of the extravagant luminaire are extended by new light compositions in the interior.

The Foscarini Caboche ceiling luminaire is characterised by a round, arched structure - reminiscent of a precious piece of jewellery. Spherical elements made of polymethyl methacrylate sit on a satin-finished glass lampshade and provide an impressive play of light - they absorb the light from their individual perspective, reflect it and create a crystal-like effect, while the diffuse light evenly illuminates the room.

The design of the Caboche luminaires was developed in 2006 by designers Patricia Urquiola and Eliana Gerotto.