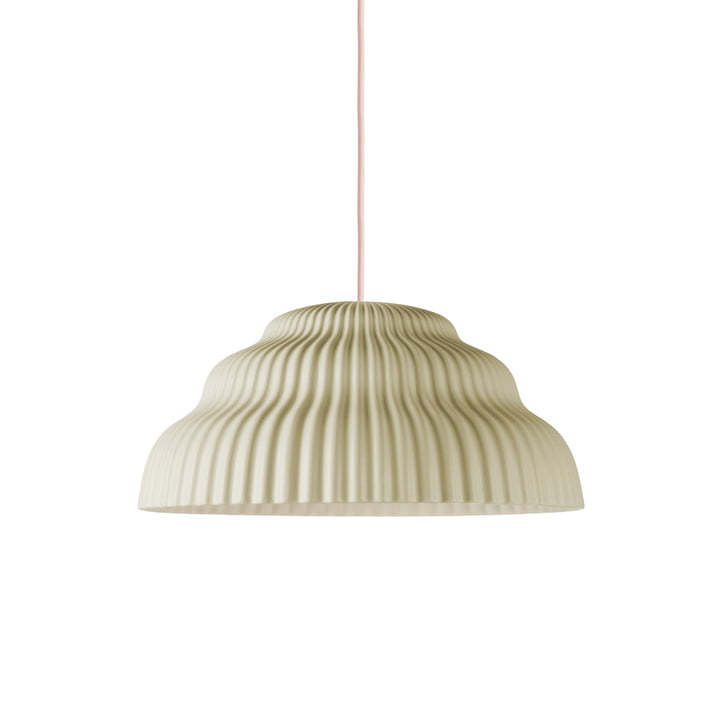 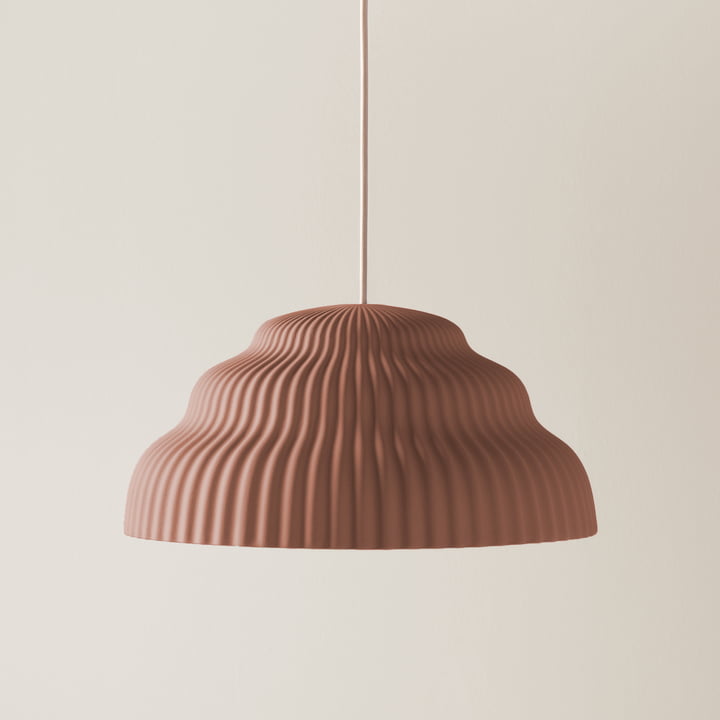 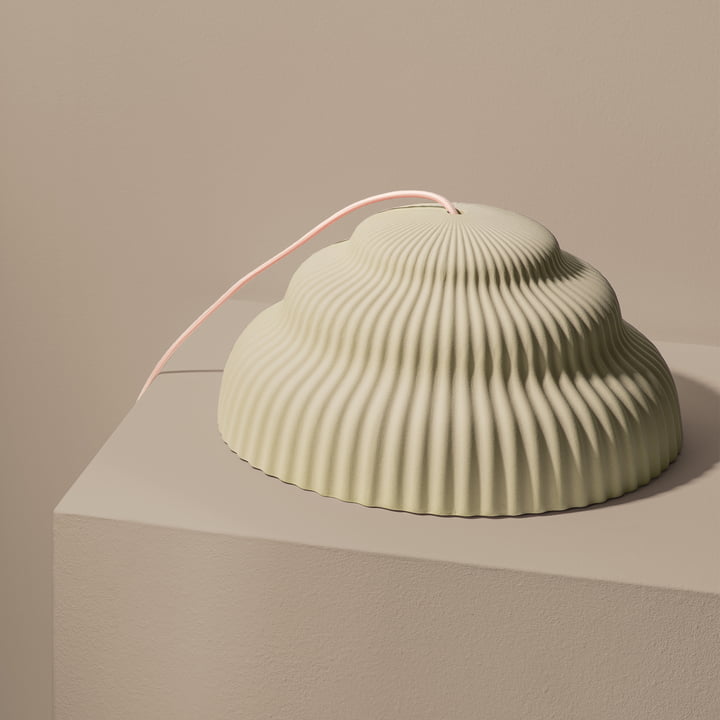 The rounded shapes and lively waves of the Kaskad pendant luminaire from Schneid are reminiscent of the flowing water of a cascade and make the luminaire a real eye-catcher. Hand-cast in ceramic in three soft colours, the luminaire presents itself and has a distinctive visual appearance, which is underlined by its softly structured surface.

The combination of the material ceramic and the excellent workmanship with its clear and linear expression gives the luminaire its characteristic expression. The lampshade is complemented by a colour-coordinated textile cable.

The Kaskad pendant luminaire can be used as an individual statement piece or can be arranged to several above the dining table.