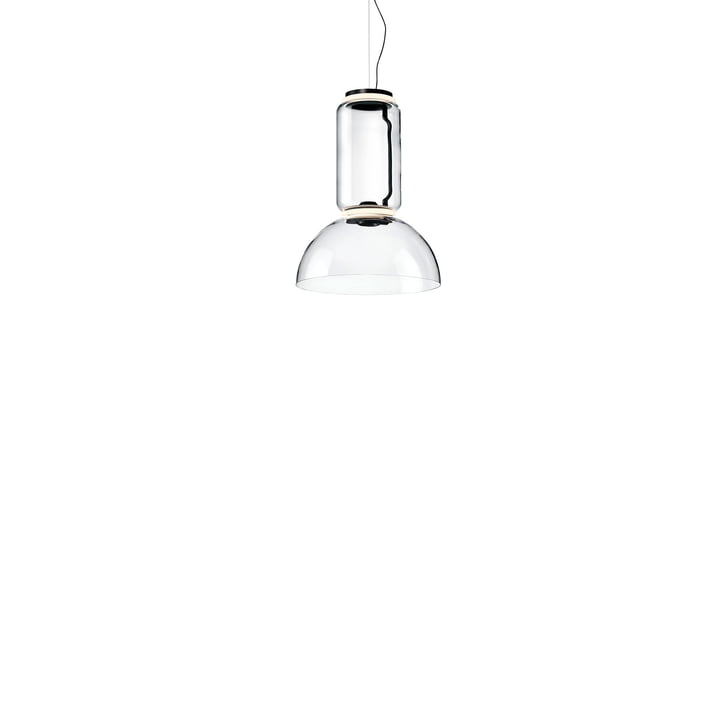 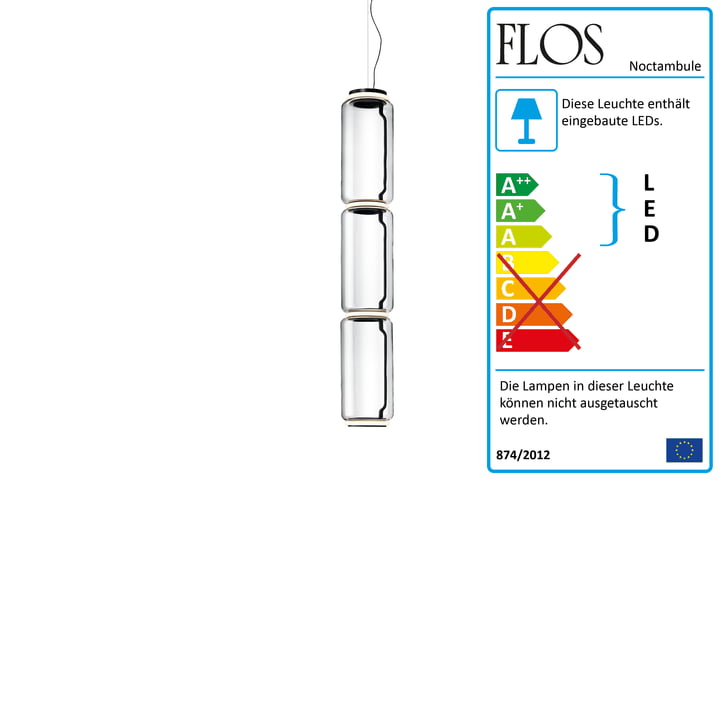 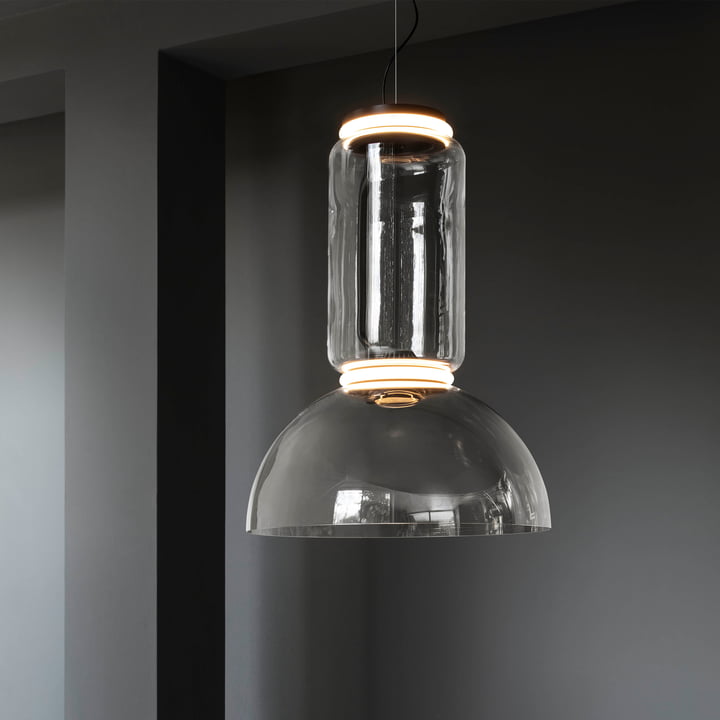 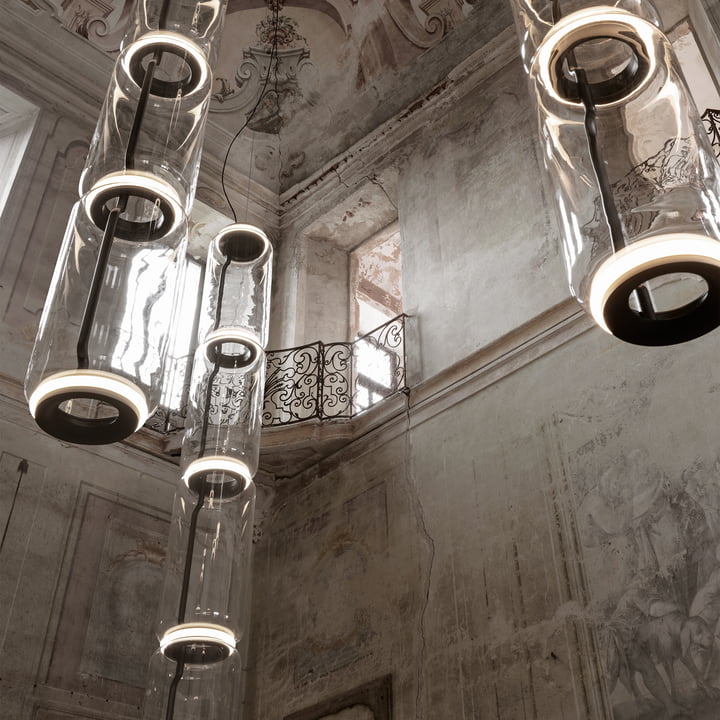 Pendant luminaire made of aluminium and glass

The Noctambule LED pendant luminaire by Flos was designed by Konstantin Grcic and belongs to a series of object-like luminaires. Noctambule, the French word for night owl, is a particularly good match for the series, as the luminaires appear almost invisible during the day and only come into their own when switched on in the dark.

Modular and flexible in design

The timeless Noctambule pendant luminaire is made up of modules and can therefore be designed flexibly for any room. The basic module is a cylinder made of mouth-blown crystal glass. A single module is reminiscent of a lantern and several modules combined create elongated shapes. Elements such as a glass dome or a conical head transform the basic modules into objects that hang artistically from the ceiling.