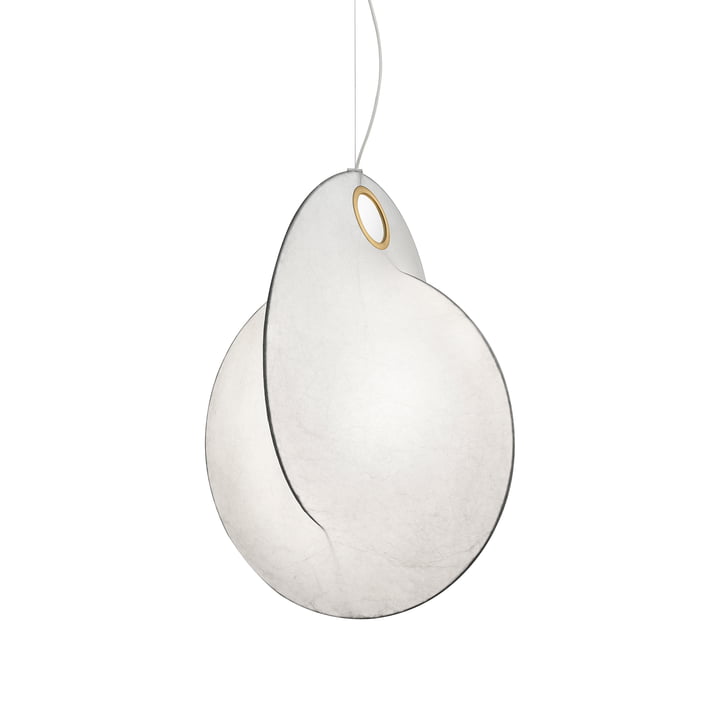 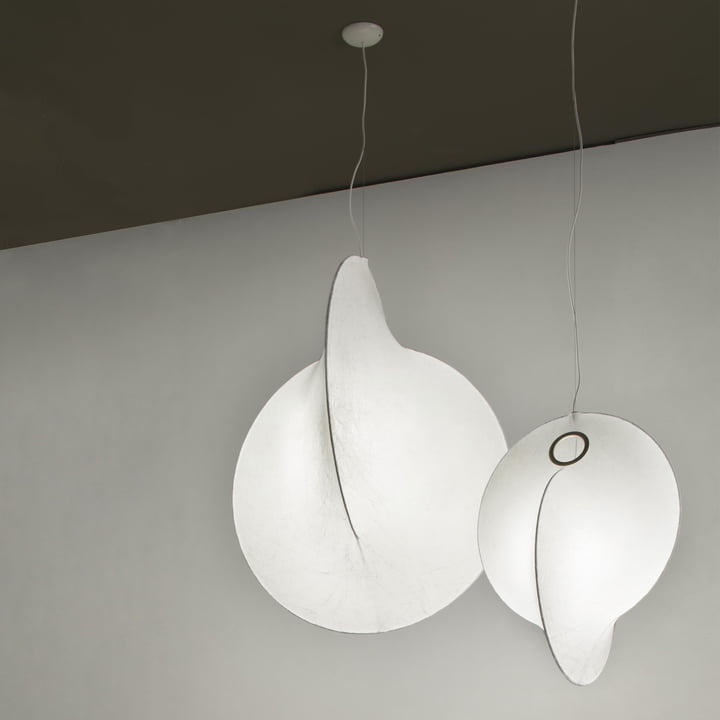 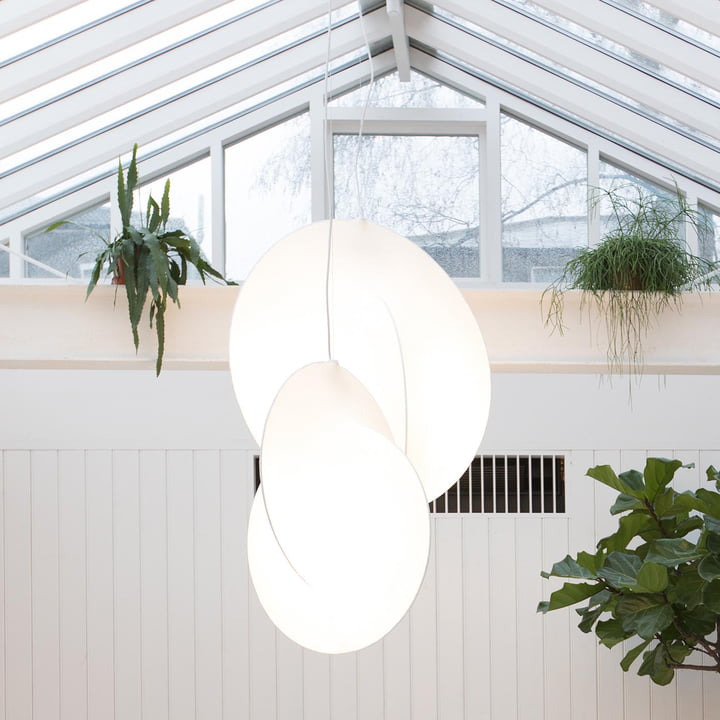 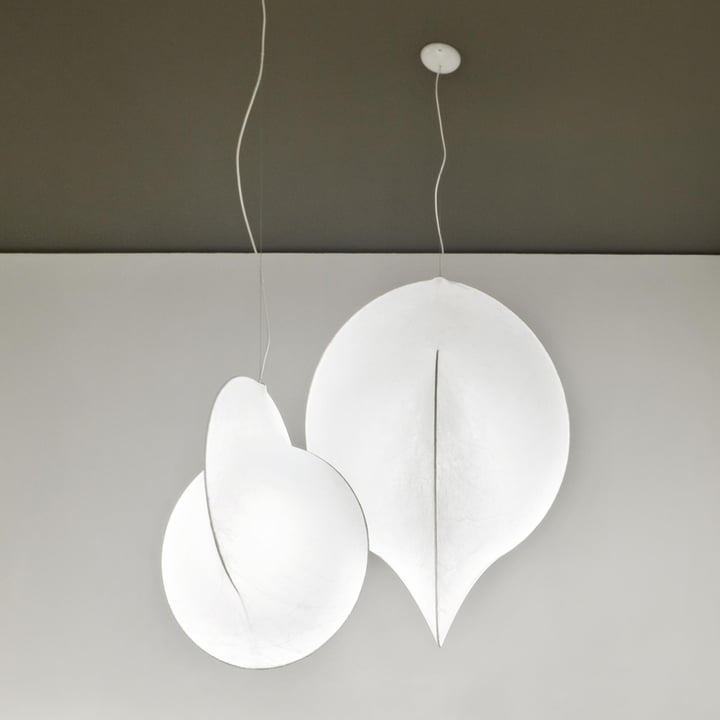 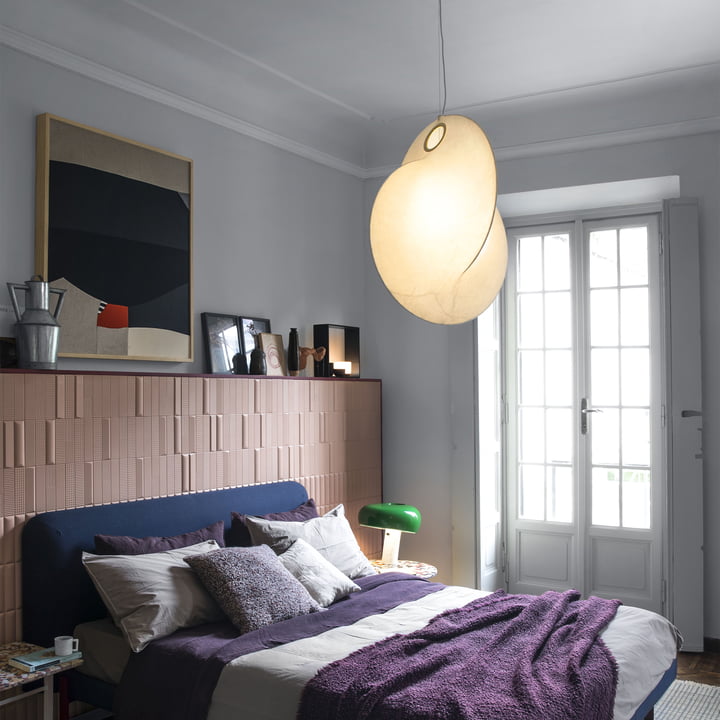 Overlap is a pendant luminaire from the Italian manufacturer Flos with an extremely harmonious appearance. It was created by designer Michael Anastassides.

The merging forms of Overlap are reminiscent of a shell or a snail, which gives the object a Mediterranean flair to living spaces. The luminaire also diffuses a pleasant, diffuse light and creates a relaxed atmosphere - whether over the dining table, in the entrance area or in the living room. The suspension length of 400 cm makes it predestined for rooms with high ceilings.

But it is not only the unusual shape of the pendant that is remarkable, but also the material used by Michael Anatstassides: the lampshade is made of a synthetic resin called cocoon, which was originally developed by the American military to protect valuable objects. Synthetic resin fibres are sprayed around a rotating metal frame, creating the filigree, multi-layered shell of the lamp.

Overlap is available in different sizes.

Please note that the delivery does not include lamps.