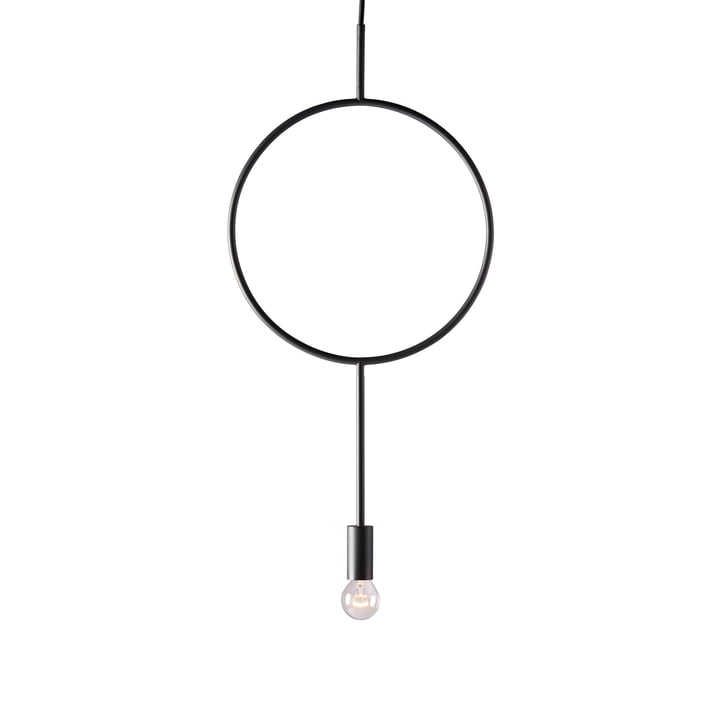 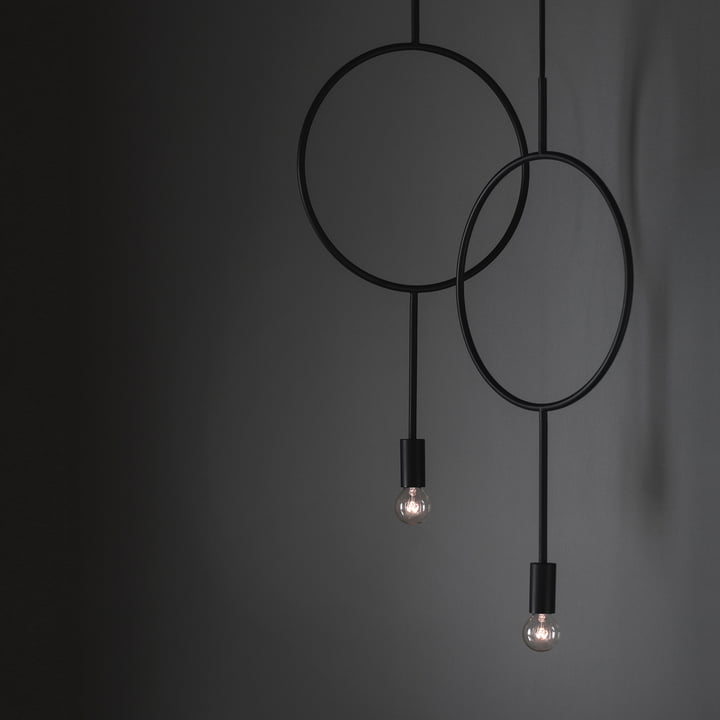 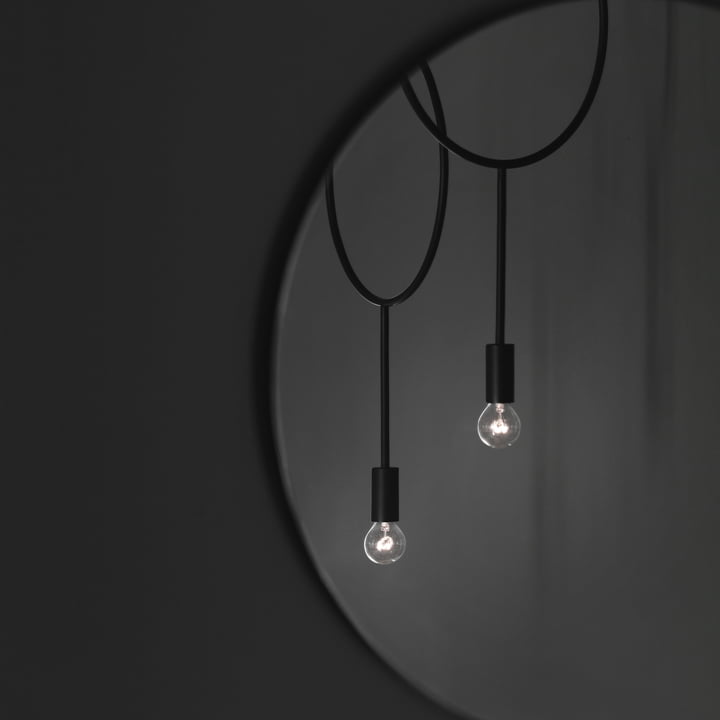 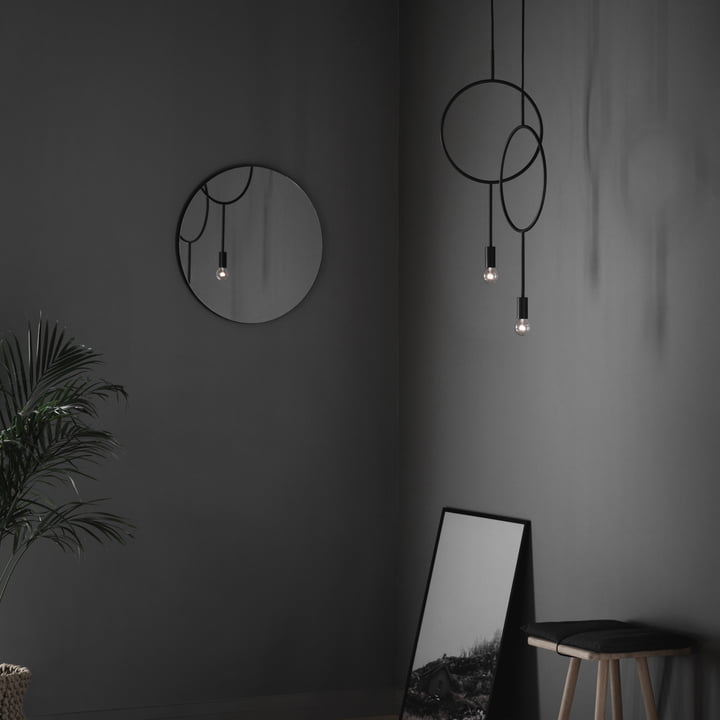 The Circle pendant luminaire is a design by Finnish designer Hannakaisa Pekkala for Northern. The striking design is characterised by the circle in the base, which gives the overall picture a graphic touch. Despite its minimalist form, the steel luminaire attracts everyone's attention and convinces with its sculptural appearance.

The straightforward style runs through the entire design of the luminaire and also has an effect on the light distribution. Since the light source does not need a shade, the light is distributed directly in all directions and thus illuminates the room pleasantly evenly.

Depending on preference and need, the pendant luminaire can also be mounted to several luminaires and mounted at different heights to create a harmonious ensemble that is almost reminiscent of an artistic installation.

For the E14 lampholder, a light source with a maximum output of 40 watts is suitable.