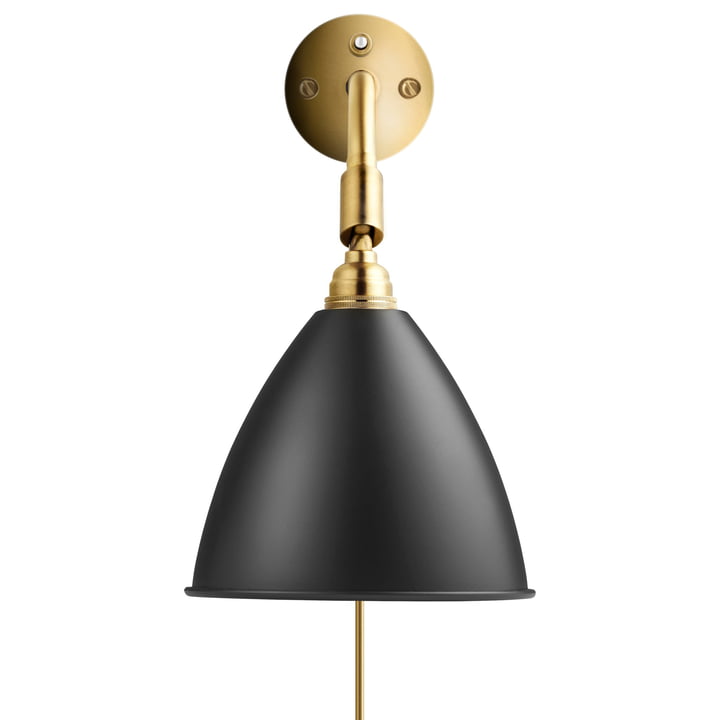 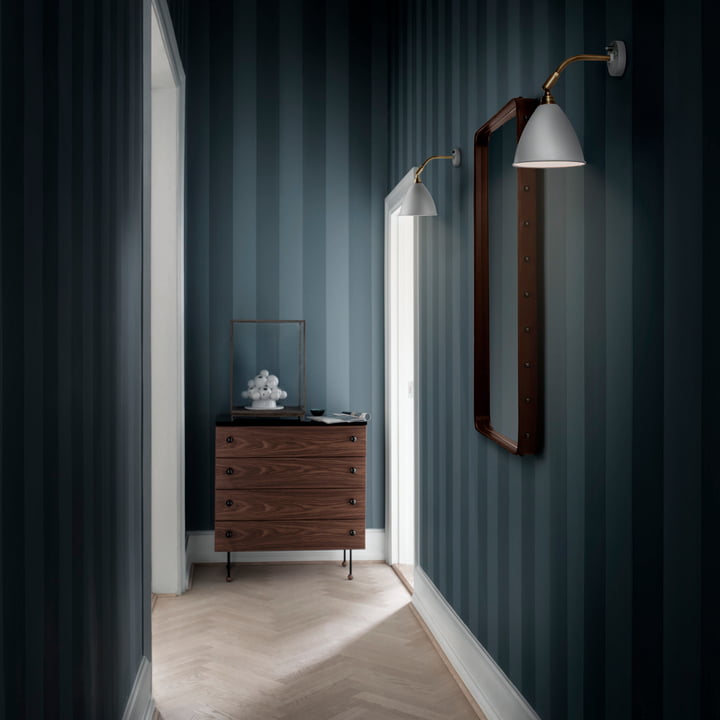 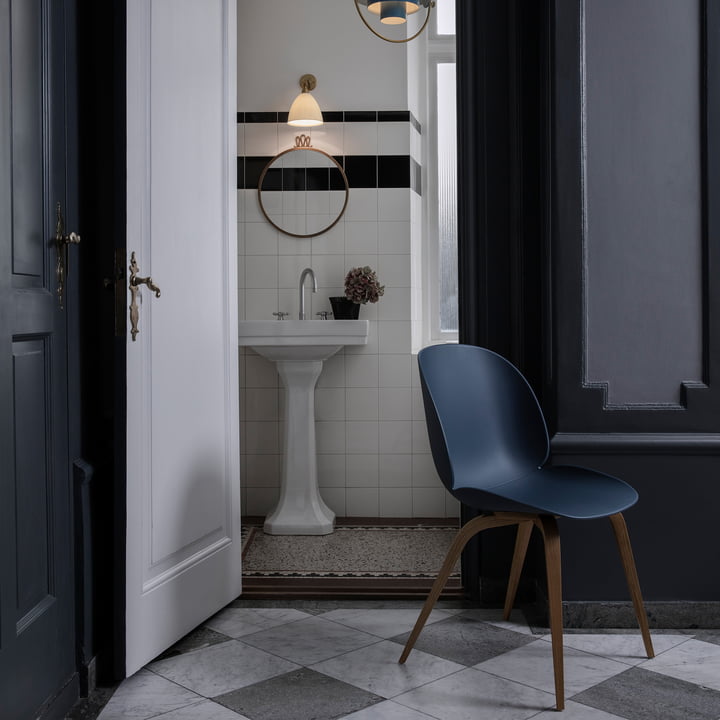 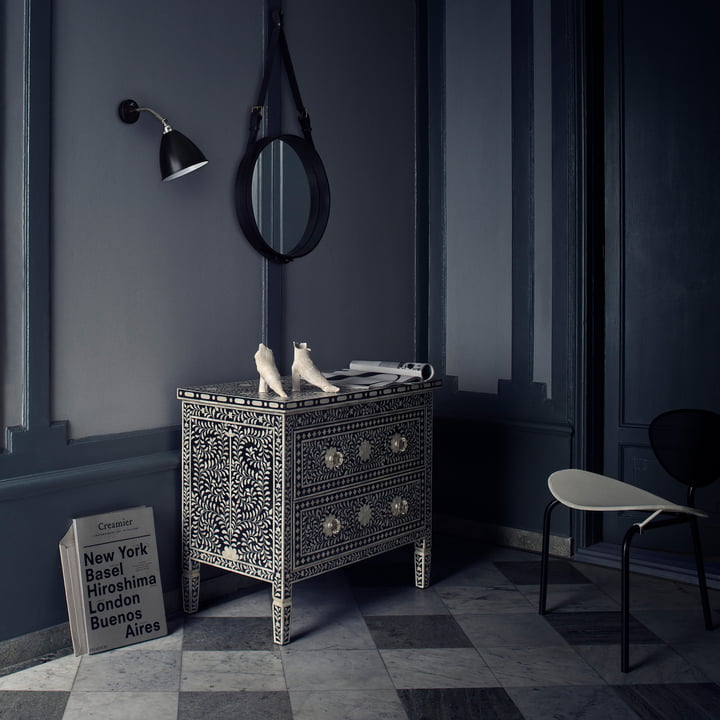 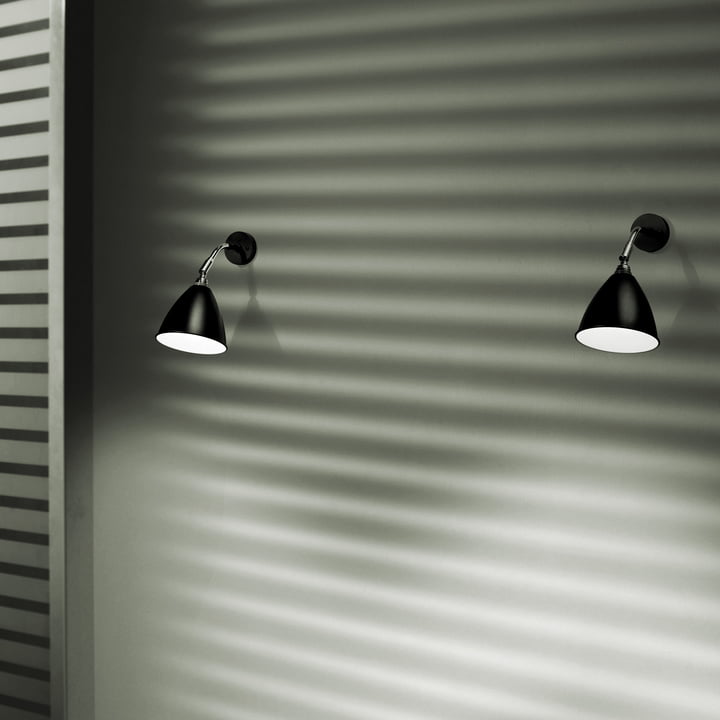 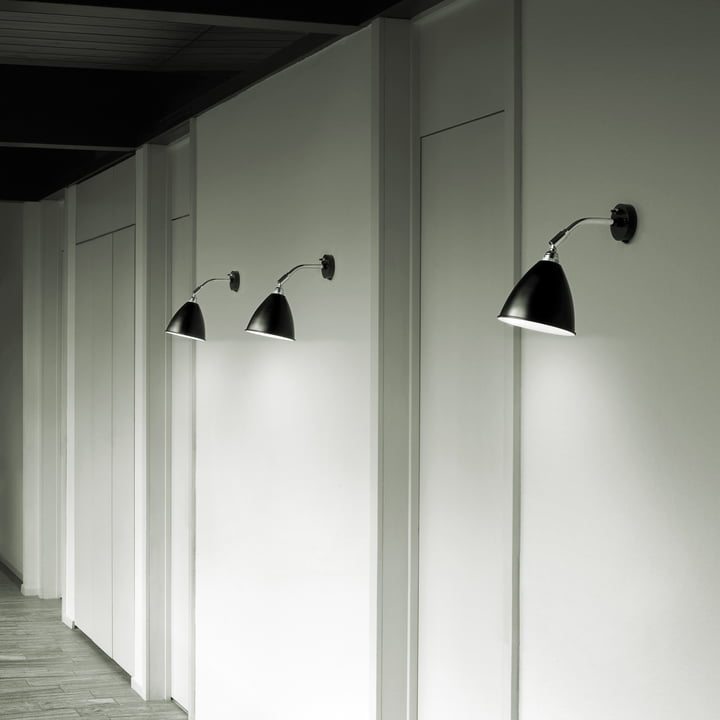 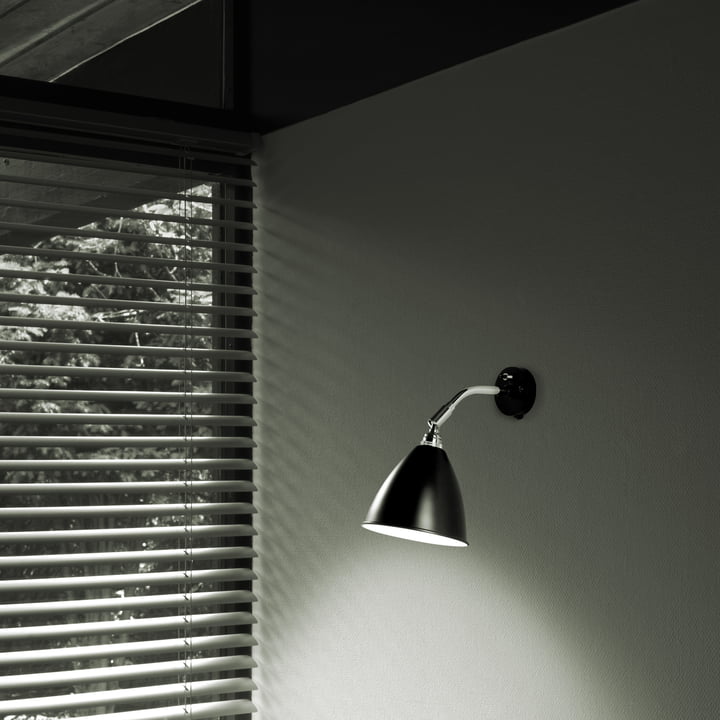 Practical and classic Bauhaus lamp BL7 from Gubi is the most reduced and compact of BL wall lamps - but no less functional.

Mounted on the wall, the luminaire's characteristic shade protrudes from the wall on a short arm. The shade can also be rotated and swiveled in BL7 and is thus able to illuminate any point within its reach. The functional lamp is therefore equally suitable as a reading lamp, as a work lamp, bathroom lamp or to illuminate a special part of the room.

The wall lamp easily blends into the room and acts either elegantly in the background or as a direct eye-catcher in the center of the ensemble. The simple design of BL luminaires is even further reduced in BL7 than in its relatives. However, based on the unmistakable functionality and the characteristic design of designer Robert Dudley Best, it is still possible to recognize the affiliation to the well-known family of Bauhaus lamps.

The pivotal point is the rotating element on the frame and a ball joint on the lamp head. The lampshade can thus be brought into almost any position, allowing the light to be directed optimally and specifically.

When Robert Dudley Best designed the luminaires of the BL series in the 1930s, they were revolutionarily simple and had a clear and unusually functional design language for the conditions of the time. As such, they are still considered examples of classic Bauhaus design today. This was reinforced by the fact that the Briton Robert Dudley Best maintained close contacts with Dessau, Weimar and Berlin, the centers of the German Bauhaus movement at the time.

Even two-time British Prime Minister Winston Churchill had a BL1 lamp on his desk in Whitehall, and many architects and designers worked out great designs under your light.

The BL7 wall lamp from Gubi is available in different colors.