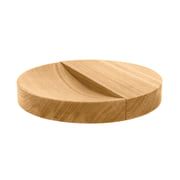 The designer Martha Schwindling was born in Merzig in 1988 and studied product design at the Design university in Karlsruhe until 2014. During her studies, Schwindling made a five-month internship at the studio of the designer Stefan Diez in Munich and spent an exchange semester at the School of Visual Arts in New York City at the Institute of Visual and Critical Studies.

Martha Schwindling founded her own studio while she was still studying and works ever since as a freelance for various designers and manufacturers such as Häfele, Schönbuch, Radius, Pulpo and Office Kilian Schindler.